If you’re new to investing and looking for one of the best places to park your money, FAANG stocks present some of the best opportunities. F.A.A.N.G. is an acronym that stands for Facebook, Apple, Amazon, Netflix and Google. Since these are some of the biggest companies in the world, they draw a lot of attention from analysts and are commonly referred to as a group.

FAANG stocks are incredibly important due to their immense size and influence. These five companies, along with Tesla and Microsoft, make up half of the value in the Nasdaq 100 index, 41% of the Nasdaq and 22% of the S&P 500.

Since they’re continue to rise in value, FAANG stocks are known to be a little expensive. For example, the price of Amazon’s stock is currently hovering over $3,000/share. However, many brokers these days will allow you to invest in something called fractional shares, which are just small portions of stock. This means that you could still buy a partial share of Amazon stock, even if you have less than $3,000. Don’t think that the expensive prices of these stocks prevent you from investing in them.

With that said, let’s take a detailed look at FAANG stocks and, more importantly, answer the question: should you invest in FAANG stocks?

Facebook has come a long way since Mark Zuckerberg founded the company in his dorm room in 2004. Facebook currently has a whopping 2.9 billion monthly users by itself. However, Facebook also owns a few other major social media apps such as Instagram (one billion monthly users) and Whatsapp (two billion monthly users). This gives Facebook a total reach of just under six billion users, although there is probably quite a bit of overlap between the apps. For reference, the total world population is about 7.8 billion.

One thing to keep in mind with social media stocks is that their entire value is predicated on their user base. If everyone is using the app or network then it’s incredibly valuable. However, if everyone were to stop using Facebook (or transition to another app) then Facebook’s value would plummet almost immediately (i.e. MySpace, Vine, Google Plus, YikYak, etc.). Although Facebook hasn’t experienced this yet, the threat is always out there.

Facebook’s revenue is almost entirely comprised of selling advertising space across its portfolio of platforms. While this means that its income isn’t too diversified, it also didn’t stop it from generating revenue of $29 billion in Q2 of 2021. As one of the best FAANG stocks, Facebook has averaged annual revenue growth of 37% over the past 5 years, not bad at all for a company of its size. It’s also currently making a huge push into augmented reality, which could help it maintain this incredible growth in coming years.

Facebook is a growth machine and one of the unwritten rules of stock market investing is that you should never bet against its stock.

With that said, there is constant talk of regulation in big tech, and CEO Mark Zuckerberg has been in front of Congress so often that he should consider buying an apartment in Washington D.C. If any major regulation goes through, it could have a huge impact on Facebook’s stock price. Additionally, data privacy issues and the rise of other popular apps like TikTok could lure users away from Facebook.

With a current market capitalization of over $2 trillion, Apple has been one of the world’s most valuable companies for years. It’s easily one of the top FAANG stocks. The company was founded by Steve Jobs, Steve Wozniak and Ronald Wayne in 1976 with the intent of selling personal computers to consumers. You’re probably familiar with Apple from products like the Mac, iPod, iPhone, iWatch or the Apple TV.

So should you invest in Apple stock?

If there was ever a blue-chip stock (a huge company with an excellent reputation) it’s Apple. For years, it seems as though people can’t seem to get enough of its products. Many college freshman go to school with a MacBook and the demand is so seemingly unlimited for their iPhones that it can be hard to keep track of which version it’s on.

Its profits were unfazed by the COVID-19 pandemic and it brought in a comfortable $274 billion in 2020 as well as $57 billion in net income. Apple is one of those companies that seems to just keep on growing and innovating no matter how big it becomes. Few financial advisors out there will warn you to stay away from Apple’s stock.

With that said, Apple has also come under heavy scrutiny recently in regards to its dominance. Most of the issues are in regards to its app store, which takes a hefty cut from developers who list apps for sale. If any major legislation passes, it could cause its stock to take a hit in the short run and hurt profits in the long term.

The second A in FAANG stocks stands for Amazon. What started as a modest online bookstore in the early 2000s has grown over the years into a major e-commerce, cloud computing, digital streaming and artificial intelligence powerhouse. Most people know Amazon as a company that will reliably get virtually any good delivered to their doorstep in record time.

So should you invest in Amazon stock?

Just like most of the stock’s on this list, Amazon likely falls into the category of “stocks to never sell”. One thing that separates Amazon from companies Facebook or Apple is that it is much more diversified. For example, Amazon makes money through three main segments: retail, Amazon Web Services and subscriptions. On the other hand, Facebook’s revenue is almost primarily from advertising dollars.

Amazon posted total revenue of $386 billion in 2020, which was up 37% from 2019. It was also one of the main winners from the coronavirus pandemic, as consumers were forced to do the bulk of their shopping online.

One of the biggest risks associated with Amazon’s stock is that investors have lofty expectations. If these high expectations are not met then the stock could suffer. Another big risk to Amazon actually comes from traditional retailers like Walmart, Target and Costco. They’ve bolstered their delivery capabilities in recent years. Amazon also operates on incredibly thin profit margins and, despite its immense revenue, sometimes fails to post a profit.

Netflix has had the strongest FAANG stock performance out of the five companies over the past five years. It’s also one of the best examples of an industry innovator. In the late 2000s, Netflix decided to give its users the ability to stream movies online and changed the way that people consume movies (putting Blockbuster Video out of business in the process). Today, terms like “Netflix & Chill” have even entered the general lexicon.

So should you invest in Netflix stock?

Netflix was another big winner of the coronavirus pandemic. Since people were forced to quarantine for months at a time, there was a much stronger incentive to download and pay for a Netflix subscription. This allowed it to post revenue of $25 billion and net income of $2.76 billion in 2020. Practically all of Netflix’s metrics have been rising over the past five years and there’s a good chance that they will continue to do so.

However, of all the stocks on this list, Netflix probably has the biggest risks to its business. Since Netflix’s model proved to be incredibly popular, many other companies have rushed to launch their own streaming services. A few other streaming services today include Disney+, HBO Max, Paramount Plus, Hulu and Peacock just to name a few. The coming years are sure to be a gritty legal fight for rights over the most popular content as well as a race to create quality original content. If Netflix can win these fights then its stock price will surely benefit.

Out of all the companies on the FAANG stocks list, Google is the only one that has succeeded in becoming a verb. Google was founded in 1998 by Larry Page and Sergey Brin while they were still in school at Stanford.

Today, Google is owned by a parent company called Alphabet, which was created in 2015 during a restructuring of Google. It is currently the world’s fourth-largest technology company by revenue and one of the world’s most valuable companies.

So should you invest in Google stock?

Google is one of the few companies that makes products that can be used by virtually every demographic. Regardless of your age, ethnicity or gender, practically everyone has a need to use Google Maps, Google Photos, Gmail or surf the web with Google. Its core business, its search engine, absolutely dominates the market with a 92% market share.

Since most of its products are free to use, Google uses advertising to fund its operations (similar to Facebook). In fact, it’s one of the world’s largest advertisers.

If you’re asking yourself whether you should invest in Google stock, just answer any of the following questions:

However, no stock is without risk. Just like most other technology companies, Google’s biggest risk is in the potential for government regulation which could hurt its business.

I hope that you’ve found this article valuable when it comes to determining whether or not you should invest in FAANG stocks. As usual, all investment decisions should be based on your own due diligence and risk tolerance.

If you’re looking for even better investing opportunities, sign up for Liberty Through Wealth below. It’s a free e-letter that’s packed with investing tips and tricks. You’ll hear directly from bestselling author and investment expert Alexander Green. He’s also worked as an investment advisor, research analyst and portfolio manager on Wall Street for 16 years. 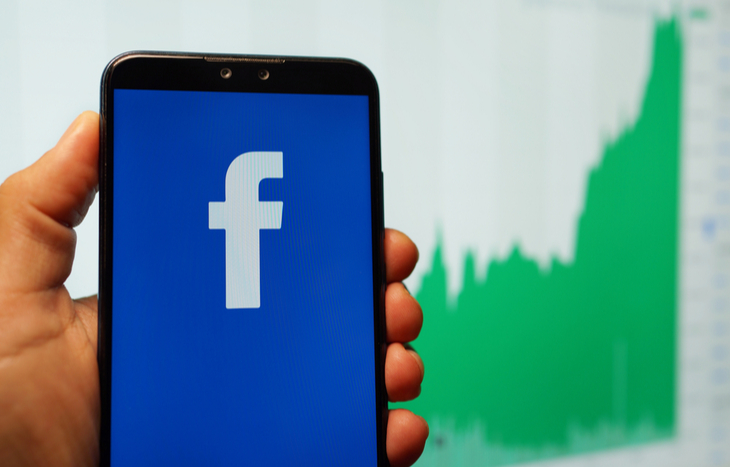 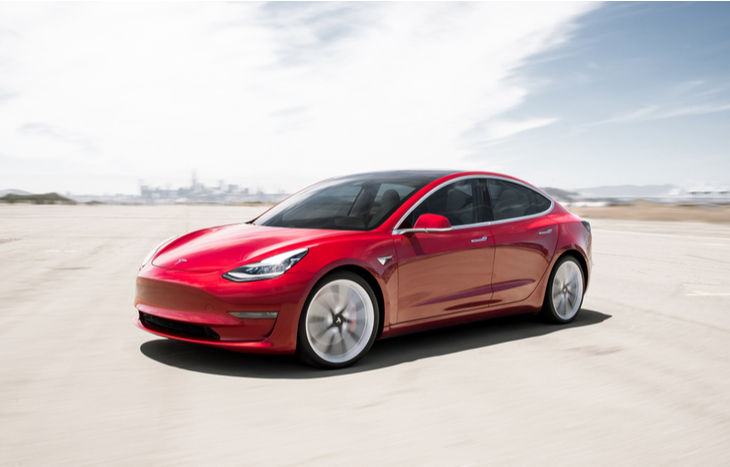 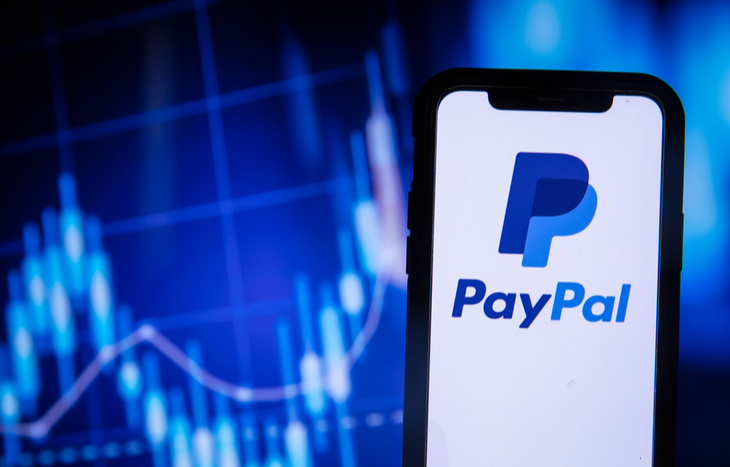 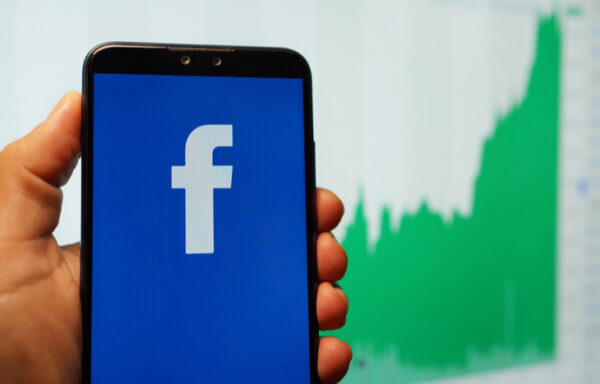 Cloudflare Stock – Building a Better Internet, Can It Build Your Portfolio?