We’ve all had a parent or grandparent lament about the cost of different products from their childhood. When they talk about how everything was so much cheaper decades ago, they’re describing inflation: an increase in the price of goods and services and a decrease in the purchasing value of money. These products aren’t as cheap because the dollar can’t buy as much as it once did.

Inflation is both a difficult prospect and a good thing for the economy (in moderation). While the purchasing power of a dollar might fall each year due to inflation, it also stimulates economic production and growth. When your dollar doesn’t go as far as it once did, you need to earn more to spend more. It’s part of the cycle that drives a capitalist economy forward.

And it’s all but inevitable. Thankfully, there’s a way to beat it: investing. Inflation sets the benchmark to beat for investing, and helps people grow their wealth beyond its inevitably devalued amount. Here’s what you need to know about it. 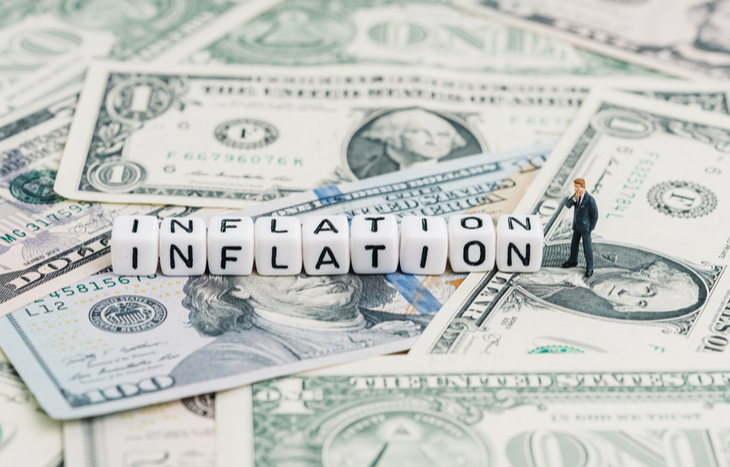 How Does Inflation Happen?

Inflation occurs when the increase of monetary supply from central banks grows at a rate faster than the wealth accumulation of the country. Typically, the United States plans for 2-3% inflation each year as part of monetary policy. However, there are several types of inflation to consider, based on the catalyst:

No matter the catalyst or the rate, the result is the same: loss of purchasing power. Tracking the rate of inflation occurs by benchmarking it against the rising cost of a common set of goods, through the Consumer Price Index, Producer Price Index and the Wholesale Price Index.

The Producer Price Index (PPI) measures the seller side of inflation—namely, the difference in what a producer sells their goods for. It looks at how much selling prices rise over a given period to track inflation.

This index tracks the price of goods before they reach the retail level. It’s mainly focused on raw materials and commodities, which are part of the cost of goods sold (COGS) for producers.

In many ways, inflation is why people invest. Beyond growing accumulated wealth, investing helps it grow at a faster rate than inflation. This is also why many money managers and investment advisors calculate real rate of return instead of surface returns—to account for the money lost to inflation.

Now consider you invested $10,000 at an average rate of 5%. Over the same period of time, with a real rate of return of about 2.94%, your investment would increase in value to about $10,294. Not only did your investment keep up with inflation, but it added to your wealth. This is the entire premise of investing. It’s also why individuals invest their wealth instead of sitting on it.

Any investment that grows faster than the rate of inflation is a hedge against it. Some, like Treasury Inflation-Protected Securities (TIPS), are specifically designed to combat it by correlating their value to it. Many people also believe gold to be a hedge against inflation.

While we hear about inflation regularly in financial media, instances of deflation are less common. This is a good thing. While it means the purchasing power of currency is on the rise. It also tends to signal the falling value of assets. Stronger purchasing power inherently devalues the asset you’re purchasing. Deflation usually signals some combination of falling monetary supply, reduced government spending, lackluster demand or conservative investment activities. Deflation often correlates with economic downturn and depression.

While it might seem like a bad thing that the value of a dollar depreciates over time, it’s actually a signal of a healthy economy. Investment is the mechanism by which people can sustain (and grow) the power of their accumulated wealth over time, despite inflation. Like the stock market, the price of goods will generally go up over time—it’s the purpose of investments to increase your wealth at a faster rate.

No matter what type of inflation occurs, it’s important for investors to track it and its impact on returns. Inflationary rates change month-over-month, year-over-year, which makes factoring it into the real rate of return `a savvy investing practice.