While today’s stock markets involve millions of complex transactions each day, a quick review of stock market history reveals a much simpler origin. The first stock exchange did not involve any exchange of actual stocks. Instead, the earliest example involved the buying and selling of debt.

The Beginning of the Stock Market

Before true stock markets were developed, moneylenders in Europe created an exchange system that was similar to a stock market. At the time, moneylenders performed a role similar to today’s banks. They loaned money to people and governments. Then, lenders would trade these debts with other lenders.

Soon, this system evolved. Lenders began to sell these debt issues to investors. During the 1300s, the moneylenders would write down information about different debt issues on slates. Then, they would meet with individual investors and sell debt issues. This was fundamentally different from today’s stock market because it focused on debt issues instead of equity. Investors bought someone’s debt instead of an actual ownership stake in a company.

A similar exchange was created in 1531 in Belgium. At the point of stock market history, brokers in Antwerp met to exchange debt issues from businesses, individuals and the government with other brokers. Like the Venetian traders, these moneylenders dealt in promissory notes and bonds instead of actual stocks.

While Venetian bankers and Belgium traders may be the first examples of stock markets, many historians believe the best example of a stock market happened later during the 1600s. At the time, trading companies were going to Asia so they could bring spices, silks and other goods back to Europe. Unfortunately, these trading routes were known to pirates. Additionally, many ships would sink during storms.

Because of this, the Dutch East India Company wanted to reduce its risk exposure. This publicly-traded company sold slips of paper in coffeehouses that gave buyers a share in the company’s profits. If a ship sank in a storm, the buyers would also share in the Dutch East India Company’s losses as well. Soon, this type of trade spread across Europe.

In England, the British East India Company adopted the same strategy. It was so successful that other companies copied the idea. The king gave the South Seas Company (SSC) its own charter, and the SSC began selling shares.

As we go further into stock market history, this story leads to the beginning of the first stock bubble. Shares of the SSC were so popular that the company made a fortune before any of its ships had even left England. Unfortunately, there were no government regulations involving stock trading in Great Britain. Other companies noticed the SSC had made a fortune and purchased luxurious offices in London without ever leaving Great Britain. Soon, these new companies offered shares in their own trading schemes.

These schemes involved activities like extracting sunshine from vegetables. Some of the schemes did not even describe the purpose of the company. Ultimately, this stock bubble burst because the SSC and similar companies were unable to pay dividends on their profits. Because of the stock market crash, Great Britain banned the issuance of shares until 1825. 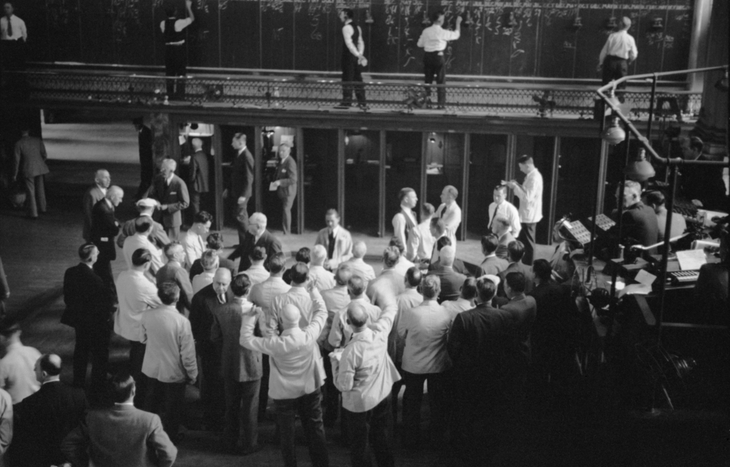 While the New York Stock Exchange is still the biggest in stock market history, it now faces more competition than ever before. London and Tokyo have two of the best stock markets in the world. The European Union’s Euronext is a leading exchange. Plus, you can find stock exchanges in Australia, South Africa, Hong Kong, the Netherlands, Germany, France and India that offer a range of domestic and international stocks.

What Are Stock Market Indexes?

A stock market index is a tool that allows investors to track the performance of the entire stock market. Smaller indexes allow you to look at how a specific part of the market is performing. For example, you may have heard of the S&P 500 or the Dow Jones Industrial Average (DJIA). The S&P 500 is a collection of the 500 biggest stocks in the United States. It determines a company’s ranking based on its market capitalization. Meanwhile, the DJIA is weighted according to a company’s price per share. This index tracks the top 30 stocks, and it is designed to represent the overall economy.

What Is a Market Cycle?

The overall market and individual stocks can go up or down at any time. With a market cycle, the market expands or contracts over a longer period of time, such as weeks, months or years. In addition, the market cycle consists of an accumulation, mark-up, distribution and mark-down phase.

To learn more about stock market history, investing and other financial topics, subscribe to our free Investment U e-letter today!

Read Next: 10 Stock Trends Every Investor Must Know