What is the Interbank Market?

Most new investors aren’t familiar with the interbank market unless they’re focused on forex. Unlike exchanges, forex is an over-the-counter market. This means that there’s no one central source of truth for the price of a security. And it’s the governing body for the forex market. It’s what dictates the price an investor receives when they decide to open a forex position.

The interbank market is exactly what it sounds like. It’s a collection of major banking institutions that facilitate the exchange of currency among themselves. In doing so, they also set the exchange rate and interest rates on certain currency products. 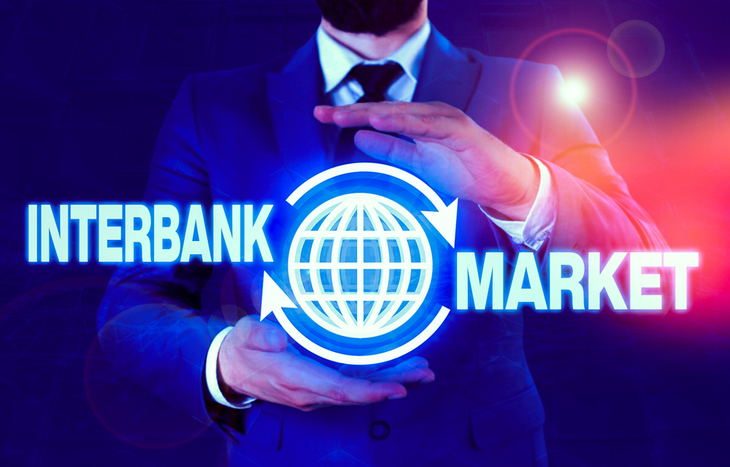 Who’s Involved in The Interbank Market?

There are 10 global financial institutions that make up the interbank market. They include:

These are the market makers for forex. They have direct interbank access, which means access to the best prices and the highest liquidity. This is in contrast to hedge funds and international brokerages, which don’t have direct access to the interbank market and instead, trade through the major banking institutions listed above.

The interbank market really comes down to currency control. Forex is open to global investors and deals in broad currencies with different buying power. Without the interbank market to establish relationships and controls between them, market inefficiencies would arise.

The Formation of The Interbank Market

The interbank market was formed in 1971, when the United States moved away from the gold standard. Instead of anchoring the dollar to a specific commodity, the interbank market was formed to anchor currencies relative to one another. This was an important development in global currency stabilization. Moreover, it also supported the rising trend of forex investing through computerized trading.

The interbank market was part of the system that replaced the Bretton Woods agreement of 1944. This agreement tied all currencies to the U.S. dollar, which was further tied to gold. When the U.S. left the gold standard behind completely in 1973, the interbank market took over the role of managing currency relationships. Today, it provides a tight control over current valuations, to prevent hyperinflation or crashes.

The biggest role of the interbank market is to set the benchmark for exchange at every level. Depending on the size and buying power of an investment institution, there are levels of access to ask-bid price:

In different terms, hedge funds have buying power in the millions and billions, giving them access to smaller spreads on the forex market. Meanwhile, if you travel to another country and exchange currency at the airport, you’ll pay a premium of, say, 5%. That said, there are methods of trading available to retail traders that allow them to tap into better forex pricing, such as options.

The interbank system deals with every currency in the world, to ensure there’s a standard for exchange between them. That said, a majority of forex trades focus on major world currencies. Some of the most common include:

All forex trades involve two currencies. Specifically, trades deal with the margin between their values. For this reason, the role of the interbank system is invaluable. If the ask-bid price varied from one country to another or one institution to another, forex would be subject to significant arbitrage. The regulation provided by the interbank system maintains relative currency stability, even as pricing action changes.

Other Functions of The Interbank Market

The Final Word on The Interbank Market

Interbank is unregulated and decentralized. It’s a self-policing, self-managed system run by major financial players all over the world. For those engaged in forex trading, the interbank market is what’s responsible for ask-bid prices and exchange rate information. For those doing business around the world, it’s what manages global transactions.

And this market can be overwhelming to understand. That is where Investment U can help you. We provide the latest investing trends, education and financial literacy for our readers. Therefore, sign up for our FREE, daily e-letter below!

The interbank market is a necessary financial system that’s central to managing and maintaining the relative values of currencies all over the world. And, it’s the reason we have transparency within an over-the-counter forex market.