How to Get Started Intraday Trading

The prefix “intra-” comes from Latin, meaning “within” or “on the inside of time.” So intraday trading means to buy and sell a stock or derivative in the same day. 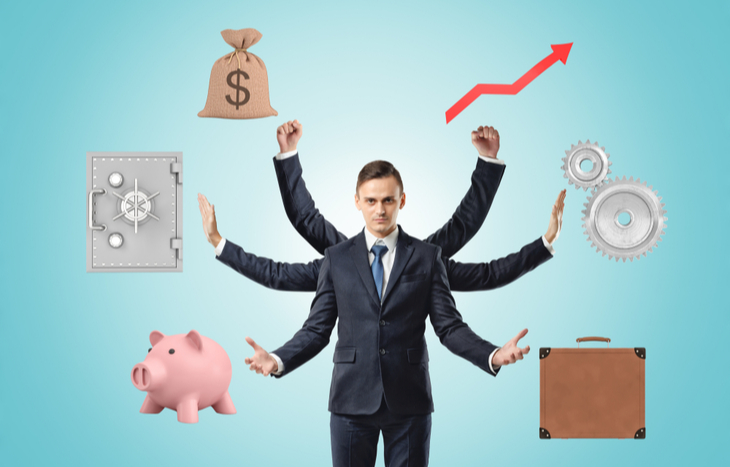 Now, intraday trading is a lot different from traditional investing. Most investors tend to hold stocks and/or bonds for a long time. This is known as a buy-and-hold strategy. These investors don’t need to worry about volatility in the market. Intraday ups and downs in a stock’s price don’t really worry them much.

On the other hand, there are all sorts of short-term trading strategies that use rapid movements in a stock’s price. Some folks keep an eye on what insiders are buying and selling and follow their lead. Some use position trading to ride quick trends in a stock’s price. More involved traders employ swing trading, which takes advantage of trends happening in the market over a few days or weeks.

But intraday trading is a different animal altogether. This isn’t a hobby as much as it is a way of life. Intraday traders might be in and out of several positions in a matter of minutes or a few hours. And the traders who find success in intraday trading keep one eye on the markets every minute they’re open. Because placing a trade a few minutes too late can undo an entire day’s profits.

To suggest intraday trading is risky would be an understatement. The risk-versus-reward matrix can be likened to picking up pennies in front of a steamroller. Any intraday trader worth his salt should be able to make a small return on most investments. The problem is that the chance of losing big always looms. But some traders manage to avoid the steamroller. And in the process, those pennies can add up to a hefty sum.

Pennies Are Profits Too

Successful intraday trading really boils down to managing risk and trying to maximize reward. Let’s say someone makes 20 trades at the same price in a day. Of them, 19 yield a tidy 5% return on investment. A 95% success rate sounds great. But if that one outlier was a total loss, the day was a waste. In that case, our intraday trader should have just watched soap operas all day.

Suppose each $400 trade made $20. Those 19 trades pulled in a decent $380. The problem is, the one that was a total miss wiped out all of those profits and then some.

This is why intraday trading is so intense. A few minutes can make all the difference between profit and loss. And if our intraday trader were keeping a close eye on all of his 20 trades, he would have seen that one wasn’t panning out and could have stopped that loss in its tracks.

But with all of those irons in the fire, it’s no easy task to keep track of each and every trade going on. The stress is high. The margin is high at times.

However, if they were able to keep an eagle eye on everything and turn that swing and miss into a foul ball, our intraday trader could have made a decent profit on the day. If he had been able to stop that total loss and turn it into a 20% loss, he would have still made $300 on the day… proof that those pennies can add up. And it sure beats digging ditches.

The Finer Points of Intraday Trading

Intraday trading isn’t just about monitoring the greater markets. It takes a lot of research. Successful day traders employ a variety of indicators to determine if a trade is worthwhile or not. After all, it would be a herculean task to try and keep track of all 630,000 publicly traded companies out there.

Instead, intraday trading involves looking at specific benchmarks impacting the market. One of the most popular indicators is daily moving average (DMA). This is calculated by analyzing the moving average, which is a line that connects the average closing rate of a stock over a period of time. This can help predict the anticipated price movement of an underlying stock.

There are plenty of other indicators used in this kind of technical analysis as well. For some, intraday trading can consist of poring over the best relative strength indexes in the market. Still others might study momentum oscillators, which can help traders figure out if and when market sentiments are changing in order to take advantage of forthcoming price movements.

The Bottom Line on Intraday Trading

Intraday trading isn’t for the meek. It takes a cast-iron constitution and a whole lot of experience to get good at it. But with that experience comes the potential for total financial freedom. Intraday traders don’t have a boss to answer to. They set their own hours. And if they want to make money, they have to apply themselves.

If this sounds like it’s up your alley, be sure to sign up for the free Trade of the Day e-letter in the sign-up box. You’ll receive a daily intelligence briefing from some of the most experienced and successful intraday traders out there.

BNB Crypto (AKA the Binance Coin) Is Still a Smart Investment

Should You Invest in The Coinbase Stock When It’s Available?

How to Profit From a Small Cap Index

How to Invest in Small Cap Stocks