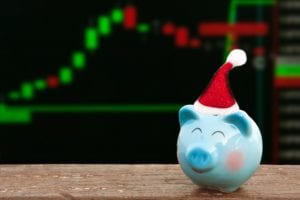 With more than 3,300 publicly-traded companies, the Nasdaq Stock Exchange is the world’s second largest stock market.

Its normal trading hours are from 9:30 AM to 4:00 PM (Eastern Time) Monday through Friday. But there are certain NASDAQ holidays when it isn’t open for business.

Things to Know about the Nasdaq Holiday Schedule

It’s important to note, although the third Monday in February has become popularly known as “President’s Day”, the Nasdaq Stock Exchange still follows the original designation of “Washington’s Birthday” as an exchange holiday.

But “Washington’s Birthday” was first declared a federal holiday by an 1879 act of Congress and then modified by The Monday Holiday Law, enacted in 1968. That law shifted the date of the commemoration of Washington’s Birthday from February 22 to the third Monday in February, which is used to this day.

It’s worth mentioning, whenever a president dies, the exchanges select a day of mourning. For example: January 2nd, 2007, was chosen as the day to mourn the passing of President Gerald Ford.

The Nasdaq exchange also closes on the Christian holidays of Good Friday and Christmas. But since 1971, it has also closed unexpectedly for a number of reasons:

The Nasdaq was originally formed by the National Association of Securities Dealers (NASD) in 1971. Today, it is owned and operated by the Nasdaq OMX Group (Nasdaq: NADQ).

Although you can find a number of financial, consumer, biotech, and industrial companies, as the world’s first electronic stock market, most stocks trading on the Nasdaq are technology and internet related.

But there are several other ways to reduce your risk exposure. The Powershares QQQ Trust Series 1 (Nasdaq: QQQ), is an example of an exchange traded fund (ETF) that only tracks stocks in the Nasdaq 100 index.