The PepsiCo dividend is not flashy. It’s not grabbing the big headlines. You’re not going to confuse it with pop stars like Camila Cabello or Shawn Mendes walking down a red carpet, paparazzi cameras blinding.

But it is dependable, reliable and steady. You can count on it for sustained and consistent excellence.  And that’s worth a heck of a lot in the world of dividend investing.

Is PepsiCo right for your stock portfolio? Perhaps. But before we try to answer that question, let’s dive into what makes PepsiCo’s dividend so special. 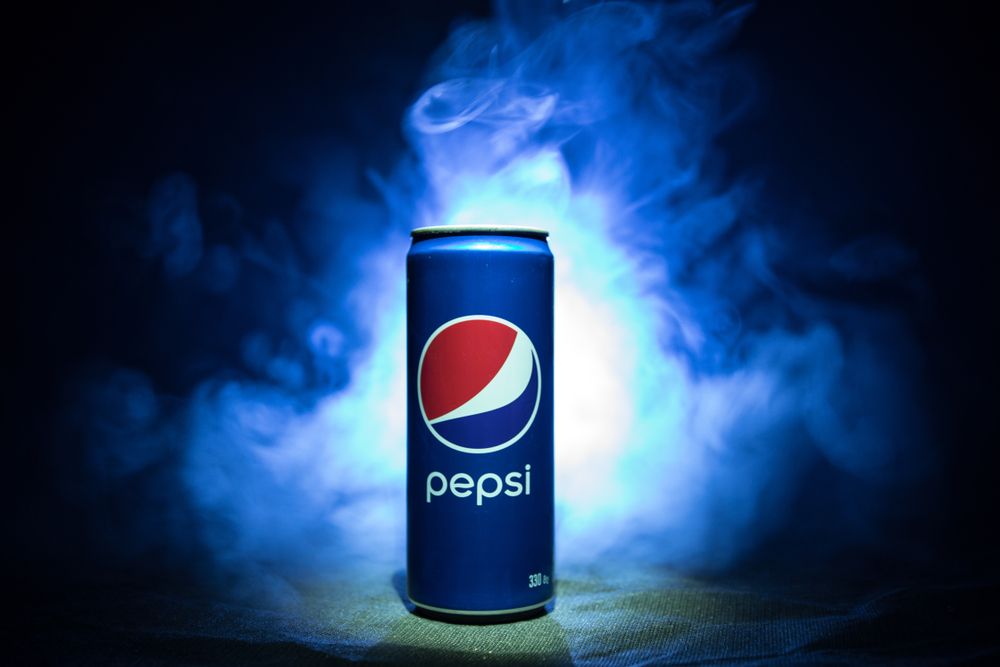 Ahhhh, Pepsi.Most likely when you think about PepsiCo, you think not about its dividend but about its sugary-sweet cola beverage and its famed rivalry with Coca-Cola.

But there’s much more to the company than that. In fact, food and beverage company PepsiCo is broken up into six distinct business units:

The North American Beverage (NAB) group includes, of course, its flagship drink, Pepsi, but also other nonalcoholic beverage brands such as Tropicana, Mountain Dew and Gatorade.

Although NAB is the largest division by revenue, it’s not the leading profit center. Instead, Frito-Lay North America, with its lip-smacking salty brands like Doritos, Lay’s, and Fritos, has been a godsend for the firm.

In fact, operating profit in 2018 grew by 4%, contributing to a total of 9% growth over the last two years. The growth stems from both productivity savings, as well as revenue increases.

No thanks to me – I’m trying to cut my salty snack intake, to be honest.

Growth in the international markets divisions has also been strong. That’s thanks to a growing worldwide middle class eager to consume everything from a cold sugary glass of Pepsi to a hearty breakfast of Quaker Oatmeal.

Over the last six months, PepsiCo’s stock has grown from $116.59 on March 11 to $136.36 as of closing on Wednesday, September 11. So it’s certainly not the least-expensive stock on the market.

On September 19, PepsiCo reached an all-time high of $139.18, helped by the overall strength of the market. Its current earnings per share are $9.03.

The stock currently has a market capitalization of about $193.1 billion and trades at an average volume of about 4.3 million shares.

In terms of valuation, the average price-to-earnings (PE) ratio of the market has historically been about 15. While the S&P currently sports a PE of about 22, Pepsi trades down at about 15 right now.

In fact, its pricing is right around fair market value. So a buyer wouldn’t be taking advantage of any glaring inefficiency in the stock price.But we’re not looking at PepsiCo to take advantage of crazy growth or attractive capital gains.

We’re in it for PepsiCo’s quarterly dividend. So let’s take a look at its historical dividend and where we are today.

PepsiCo is a member of a distinct group of stocks: the Dividend Aristocrats. As income expert Marc Lichtenfeld has reminded us, dividend-paying stocks have outperformed the general market for decades.

Currently, the annual PepsiCo’s dividend payout is $3.82 per share paid quarterly for a yield of about 2.78%. The payout ratio of PepsiCo stock is currently 67.1%, which is an indicator that the cash dividends are sustainable.

On the other hand, if the payout ratio was more than 100%, it would be a red flag on the prospects for future growth. Speaking of growth, PepsiCo’s dividend has increased every single year – for 47 consecutive years!

There’s financial power in that kind of reliability. But does that steady payout make PepsiCo stock a buy?

Why the PepsiCo Dividend Could Be a Great Buy

If you’re looking to add a reliable dividend-income producer to your portfolio, you may want to consider adding some Pepsi-Cola… And some Mountain Dew, Lay’s potato chips and Quaker oatmeal while you’re at it.

Here’s Why PepsiCo Stock (and its Dividend) Might be a Great Buy:

With all that being said, investing in PepsiCo could be a solid play in a turbulent, volatile world. If you’re looking to balance your portfolio with some reliable and stable payments, PepsiCo may be just the stock you’re looking for.

After all, 47 years of PepsiCo dividend growth can taste pretty sweet indeed.