QuantumScape Stock News – Why Is QS Stock Blowing Up Today?

After the latest Quantumscape stock news release, shares of QS stock are exploding, up over 20%. The EV battery maker is making headlines again for taking a big step in the right direction. On top of this, QuantumScape stock looks to be setting up nicely after falling over 70% from its highs earlier this year.

Last fall, the EV battery start-up went public via SPAC, and it was off to the races. Following the release of the company’s Battery Showcase, QS stock’s value rose over 300%. The move pushed the battery maker’s value past several of the largest automakers in the world as a result.

The company has a massive opportunity ahead of it. The EV market is set to reach $2.4 trillion by 2027, suggesting 20% annual growth. Furthermore, the company’s superior technology offers them a significant advantage over the competition.

With this in mind, the most recent QuantumScape stock news has investors excited about what’s to come. 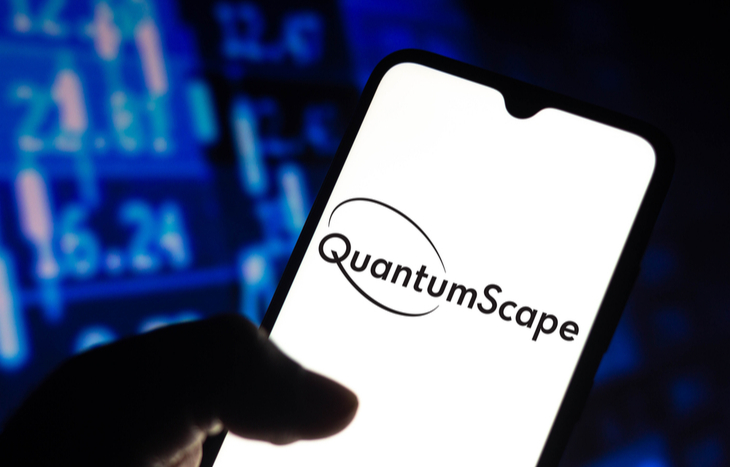 As investors, one of the most exciting yet nerve-wracking experiences is when a company is going through its growth phases. And that’s exactly where they are at right now.

The start-up company is progressing with its latest QS campus announcement. The news comes as QuantumScape clinches three new buildings, the future center of its production activities.

QS Campus will be a crucial factor in the company’s plans to tackle the world’s EV battery need.

Co-founder and CEO Jagdeep Singh had the following to say about the deal:

“This new campus provides us with an opportunity to continue our ground-breaking innovation while laying the foundation for scaling up those innovations into production.”

Hearing this should be music to investors’ ears. The deal is a huge step in the right direction for a company with massive potential. The company confirms the building’s leases are ten-year contracts, showing it’s serious about the future.

In other QuantumScape stock news, the company announced Mobile Power Solutions released a testing report on its cells. Moreover, the independent lab confirmed many of the firm’s claims from last year.

Here are a few highlights from the report:

The results show these advanced cells have incredible potential. But, with this in mind, it’s going to come down to the company’s production ability. Thus, the QS campus news is a significant part of its strategic growth plan.

Although the company is still in development stage, it’s making swift progress on its plans to expand. What’s more, QuantumScapes’ investors are providing them with the cash needed to deliver on its goals, with over $1.5 billion on hand.

Other significant developments from the earnings report include the following.

With its latest OEM partner, the company now has two of the top ten global automotive OEM by revenue as buying customers. Until now, Volkswagen was Quantum’s only ‘top ten’ partner with its major stake in the company.

The new company has already tested the cells, agreeing to work with the EV battery maker. In light of this, the company is deciding to buy 10 MWh of batteries.

This QuantumScape stock news is significant for a company that’s just entering production.

As I have noted, QuantumScape’s ability to meet its targets depends on its manufacturing plans and how swiftly the team can expand.

So far, the company’s production lines are used as follows.

The company has also made it clear it will focus on the efficiency of the process, improving it as they go along.

Does the Latest QuantumScape Stock News Make It a Buy?

It’s an exciting time for investors as the company is gearing up for the next stage of its business cycle. The recent QuantumScape stock news shows the company is taking steps in the right direction to bring its product to the market.

With that said, the company has a real opportunity to capture a fair share of the potential $67.2 billion EV battery market. The company’s superior cell technology is making an impression in the industry, with two of the top ten OEM makers now partners.

So far, the company is delivering on its targets. With big investments from Bill Gates, and several former Tesla employees, the company looks to be a real threat in the industry.

Although the company isn’t turning a profit yet, it’s taking steps in right direction to put the company in a position to win. In the long run, Quantumscape stock is in a great place in a rapidly growing industry. Keep an eye out for this company to continue making headlines with its star-studded lineup of investors and directors.

Sooner or later, all-electric vehicles will need batteries. And with big automakers like VW and Ford pushing for solid-state batteries, QuantumScape looks to be in a winning position in the long term.

But, until the company can prove it can scale and mass produce, the stock will likely remain volatile.

And lastly, if you are looking to keep up with the latest QuantumScape stock news, sign up for Profit Trends. This free newsletter specializes in trending investment opportunities like renewable energy. Join Today!