No single word sets investors on edge like “recession.” In fact, recession is something of a taboo among economists because it’s often not used until after one has already occurred. Nevertheless, it hasn’t stopped investors, analysts, bankers, hedge funds and anyone else from trying to predict the next major economic pullback. But how do you go about trying to predict a recession? There are actually a handful of recession indicators that do a fairly decent job of overlaying past recessions.

They do this in order to shed light on future economic pullback. And while they’re not irrefutable, they’re definitely worth paying attention to. Here’s a look at five of the biggest recession indicators. I will also go over why they’re commonly touted as the horsemen of an incoming bearish market and economic contraction. 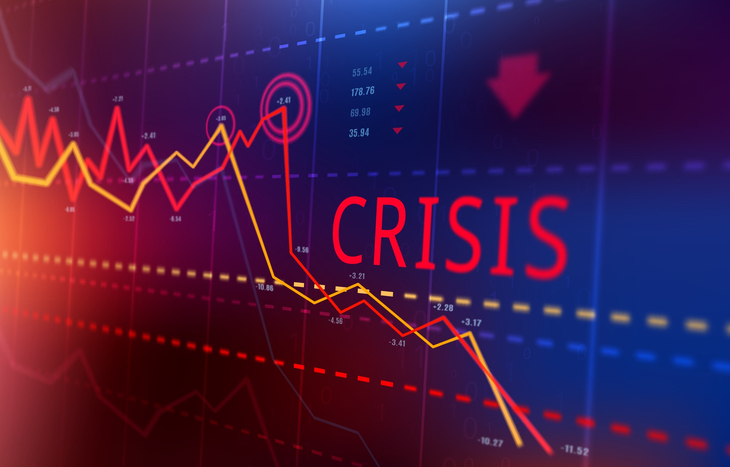 Benchmarks by the National Bureau of Economic Research

Before we delve into the recession indicators, it’s important to look at why these specific signals are important. It’s because they’re the actual measures of economic recession designated by the National Bureau of Economic Research (NBER). The NBER analyzes periods of economic downturn to gauge:

The worse each measure of these variables becomes, the more severe the economic recession. However, there’s one caveat. They’re retrospective lagging indicators, taking a full six months or more to manifest. By the time anyone can confirm them, we’re already well-into a recession. As such, these recession indicators used to qualify and quantify a recession, not predict one.

Gross Domestic Product (GDP) is the monetary measure of the United States’ economic activity. It’s generally summed up as goods and services produced and sold. Healthy GDP growth varies between 2-4% annually, which represents the country’s growing ability to expand the volume of its economic activity.

However, GDP doesn’t always increase. It can also decrease. In times of great economic strife, a decrease in GDP can lead to economic contraction and produce a negative figure. It’s possible to measure this contraction in real-time. However, the NBER doesn’t begin to consider a recession until there’s two consecutive quarters of negative GDP growth. Moreover, it’s impossible to tell the annual GDP measurement until the following year.

Industry is widely regarded as the backbone of domestic economic activity. It represents the tangible goods made and sold (either domestically or as exports). When industrial production falls, it impacts the country’s GDP and serves as a catalyst for rising unemployment. In effect: if you’re not producing, you’re not employing.

Industrial production shows up in a variety of metrics. However, the most reliable is usually the Industrial Production: Total Index (INDPRO). This index measures real output for all facilities located in the United States manufacturing, mining, and electric and gas utilities sectors. The index also shows recession indicators on a time scale. It does so to delineate periods where production fell, causing economic contraction.

Again, a lack of production and demand result in a lack of employment. Payroll employment figures are one of the chief recession indicators. As employment levels fall, it’s a signal of impending recession. Rising unemployment stems from a wide range of factors. This includes companies seeking to cut back on human capital expenditures and people leaving the workforce to pursue other opportunities.

The best way to measure payroll employment is through the Non-Farmworkers Employment Index (PAYEMS). This index represents approximately 80% of workers who contribute to the country’s GDP. Looking at this chart also shows bearish periods. And it provides context for alignment with other economic index measures to confirm a recession.

The best way to gauge the impact of inflation on wages is to examine the Consumer Price Index (CPI) against wage growth statistics. When inflation drives prices at a faster rate than salaries increase, it’s a recipe for recession. Lack of discretionary income leads to less purchasing power. This affects economic activity, perpetuating the cycle of lower (or negative) GDP.

1. Volume of Sales of the Manufacturing and Trade Sectors

As mentioned, a lack of buying power among consumers can grate on the economy. Lack of purchasing leads to lower demand for production. In turn, this leads to lower profits, which reduces total GDP.

There’s a symbiotic connection among each of these recession indicators in that one begets another. It doe so in a full-circle cycle that indicates an economic slowdown. The last and most obvious indicator in a forming recession is a steep drop in the volume and sales in the manufacturing and trade sectors. And while this is also a lagging indicator, it’s typically visible over two months or a quarter.

What are the Recession Indicators Saying?

What are these recession indicators saying right now? As of the second quarter in 2022, four of the five indicators align with a recessionary environment. Only the volume of sales in the manufacturing and trade sectors remains in expansion territory. However, it’s also trending lower, toward contraction.

Looking for tips and strategies to navigate a potential recession? Discover an investment newsletter that’s right for you! It’s a great way to get actionable advice delivered straight to your inbox, so you can invest with confidence. The more you understand the factors contributing to a recession, the smarter you can be in navigating one.