What is a Recession?

Few economic terms can match the anxiety caused by the word recession. Yet, there’s often a lot of uncertainty surrounding what, exactly, it is. Formally, a recession is a period of decline in economic activity, often defined by a continuous decline in gross domestic product (GDP) for two consecutive quarters. Recessions can potentially lead to high unemployment and market crashes.

But a recession is so much more than a simple measure of economic decline. It can happen in both micro and macro capacities, caused by ranging catalysts. And while there’s plenty of panic and trepidation surrounding them, understanding them can alleviate some of this fear through context. Here’s what investors need to know. 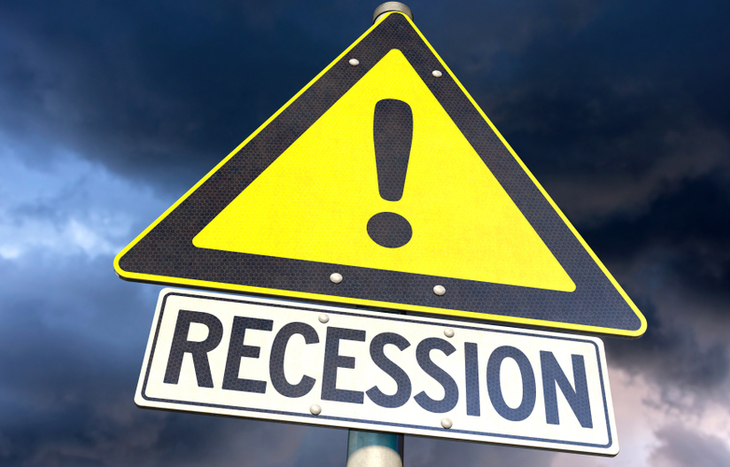 How are Recessions Defined?

Most people think of recession as a time when stock markets drop and economic hardship sweeps in. Few know that they are actually declared by the National Bureau of Economic Research (NBER). The organization has benchmarks it uses to determine exactly when the country enters one, and uses this data to forecast the severity and duration of the pullback.

Above, we mention GDP decline for two consecutive quarters as a catalyst for recession; however, it’s more complicated than that. After the 2008 recession, the NBER actually changed its definition of a recession. Today, it cites one as:

While broader, this definition better encapsulates not only economic decline, but also socioeconomic factors that stress various financial markets. It’s a more fitting definition on the heels of arguably the United States’ most dramatic recession.

The broad concept of recession involves a macroeconomic look at total market pullback. We “enter” one when the major indices trend downward consistently. This is also called a bear market. Market sentiment swings in favor of sellers, indicating a lack of confidence in the current or near-term performance of companies.

Example: The Great Recession of 2008

The Great Recession began in early 2008 and lasted through 2009, caused by a collapse of the housing market on the back of subprime loans. Mortgage-backed securities lost tremendous value, pulling other financial markets down into recession. During this period, the stock market lost roughly 25% of its total value. GDP declined by 2.8% in 2009 and unemployment touched 10%. The event fell short of an economic depression.

In a microeconomic sense, individual stocks can also fall into recession. As is the case with broader market downturn, stock recession involves prolonged price depreciation from a stock in the face of relatively positive market sentiment. It’s an indicator that a company faces a protracted, uphill financial battle.

In 2017, General Electric’s stock began a three-year recession, shedding more than 75% of its value. The company faced a poor financial outlook due to gross mismanagement in the prior decade, as well as rippling effects of the Great Recession. After announcing a cut to its dividend, the stock sold off heavily and continued to fall for years. The last remaining original member of the Dow Jones Industrial Index, GE fell out in 2018.

What Causes a Recession?

This is a trillion-dollar question. If there were a way to pinpoint recession factors, there might also be a way to avoid a market downturn. Unfortunately, financial markets are so complex and intertwined that there are often many variables at play to cause one. Most often, massive and sudden negative consequences fall on a specific financial sector, causing rippling effects that disrupt other markets.

Economists do agree that there are some key indicators of an impending recession that can act as a canary in a coal mine. While these factors don’t necessarily mean one will occur, the more of them present, the higher the correlation to past events. These variables include:

A very simple example of recession dominos falling might include a combination of inflation and stagnating wages, which causes a drop in consumerism and consumer confidence. Stagnant buying causes companies to fall short of their projected earnings, which reduces investor sentiment and spurs market downtrend. If these conditions continue, it sets the stage for a classic recession.

There are three words often used interchangeably to discuss market downturn: recession, depression and correction. While they’re similar, each actually has unique context and definition:

The best way to tell them apart is by how long they last and the severity of their impact. Market corrections can happen over the course of weeks or months. Recessions occur over quarters and years. Depression can keep a market down for years at a time.

When is Recession a Good Thing?

Recessions cause turmoil and often substantial loss of wealth for investors. It’s hard to see a lot of positives; however, there are some silver linings. It’s a chance for investors to average down in their portfolios, and an opportunity to sell underperformers with minimal tax liability. In a broader sense, it pares down the market and shows the resilience of well-managed companies. And while it’s difficult to call these “good” things, they’re opportunities at the very least.

In fact, a market downturn doesn’t have to wreak havoc on your investment portfolio. While there’s no way to know what will cause a recession or when one will occur, savvy investors should remember that these are only hiccups in a long-term upward market trend. It’s important to stay focused and look for opportunities when the market is otherwise volatile, risky and uncertain.