Investors are eagerly waiting for the anticipated Reddit IPO after the company announced it confidentially filed with the SEC.

So, what’s the latest news on the anticipated Reddit IPO? Here’s what we know… 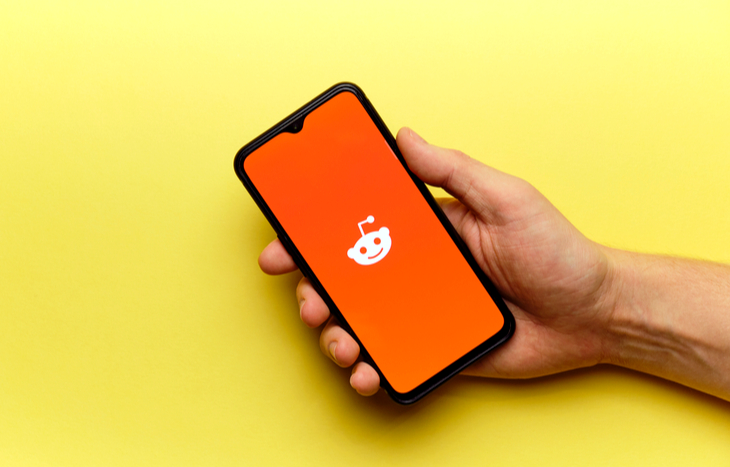 University of Virginia roommates Steve Huffman and Alexis Ohanion founded Reddit in 2005. The two wanted to build an app that could allow users to order sandwiches online. They exchanged ideas with Y Combinator in hopes that the seed funding incubator would back the idea.

The idea was shut down by Y Combinator partner Dr. Paul Graham. In 2005, apps weren’t mainstream – the idea was viewed as unrealistic. Nevertheless, Paul took an interest in the roommates and proposed a bulletin board-style platform for news-related information. The idea inspired Reddit (“Read It”) and soon the idea became a reality.

Reddit was bought by Condé Nast in October 2006 for $10 million. As part of a contract, Huffman and Ohanion worked with Reddit until 2009. In late 2011, Reddit became an independent subsidiary of Advance Publications, the parent company of Condé Nast. After going their separate ways, Huffman and Ohanion returned to Reddit 2015. Huffman was appointed CEO, while Ohanion was reappointed Executive Chairman.

“The Front Page of The Internet”

Today, Reddit is made up of a massive collection of forums. Users, called Redditors, can share opinions, news and debates with one another. Posts are open to the entire Reddit community to vote upon, either by up- or downvotes. There are over 130,000 different forums and communities referred to as subreddits. They cover almost any topic you can imagine… from stocks to public freak-outs to specific video games. If you can think of it, there’s probably a subreddit for it.

In the last year or so, subreddit communities like r/WallStreetBets have risen in both popularity and controversy. Reddit has made headlines for its involvement in the rise in price (and subsequent steep fall) of various stocks like GameStop, Bed Bath & Beyond and meme stocks.

The platform claims to be the “front page of the internet.” And it’s not far off – if you’ve searched the internet for answers on any subject, there’s a chance you’ve found an answer on Reddit. Users have a history of being able to detect trends and news before anyone else. With millions of users, a popular post can become the next internet – or even stock market – phenomenon.

The site is currently the 19th most visited on the internet. And shows no signs of slowing down. In October 2020, Reddit said to have 52 million daily active users – a 44% year-over-year growth. Jen Wong, chief operating officer of Reddit, stated…

We’re sharing [daily active users] for the first time as a more accurate reflection of our user growth and to be more in-line with industry reporting… We’re focused on daily usership and increasing this number as we continue to grow our community and scale our advertising business.

Reddit is securing funds to continue growing. In addition to Reddit’s ad revenue milestone, the company raised over $400 million in a Series F funding round. And the company could make its public debut with a $15 billion valuation.

The company has undergone several funding rounds that are making investors believe a Reddit IPO is in the near future. Moreover, the company’s value has more than tripled from its $3 billion valuation in 2019. Here are the details…

The company raised almost $370 million in a Series E funding round in early 2021. The funds brought the company to around $800 million in total funding. In August 2021, Reddit announced plans for an even more massive windfall, with a Series F round led by Fidelity.

In a NY Times interview, Huffman mentioned that the latest funding round wasn’t planned, but “Fidelity made us an offer that we couldn’t refuse.” However, Fidelity recently cut Reddit’s valuation from around $62 per share to less than $40. This came after continued market volatility, especially in the tech sector.

Furthermore, the company submitted a draft registration with the SEC in December. And the upcoming Reddit IPO could value the company at as much as $15 billion. Here’s the latest updates…

The Reddit IPO date hasn’t been announced yet. However, the company confidentially filed a draft with the Securities and Exchange Commission (SEC) to begin the IPO process in December 2021.

The confidential filing means most information about the Reddit IPO is under wraps for now. In other words, there is no officially announced IPO date, share number or price offer. Additionally, the company didn’t announce a market or ticker symbol.

Morgan Stanley and Goldman Sachs will work with the company for the Reddit stock offering. Furthermore, the company could be going public as soon as the end of the year.

Reddit’s SEC filing means that investors should prepare for Reddit stock to come soon. It isn’t clear when the Reddit IPO will take place, but investors should keep in mind that confidential filings must become public no later than 15 days before the IPO. An announcement could come any day now, so check back here for the latest updates!

As always, make sure to research before you invest. IPOs can be volatile for the first few months. And share prices can change quickly. But if IPO investing interests you, check out our top recent IPOs and our IPO calendar. We update it frequently to give you the latest news on upcoming and filed IPOs.