2020 Market Predictions: Halfway There and Our Revisit

At least… we’ve made it halfway.

Halfway through 2020 – the year of the coronavirus, negative oil prices, the bull’s death, impeachment proceedings… (Need I go on?)

Now that we’ve hit the midway point, it’s time to revisit what we said in January.

Matthew: With the 2020 elections looming large, I don’t expect the broader indexes to repeat the strong performance they had last year. Since 1988, the Dow Jones Industrial Average has managed a mere 2.87% average gain during election years.

Dave: I think the markets will take the trade war in stride and power higher. Though I’m betting 2020 will see more modest growth than 2019. I think tech will continue to dominate sector gains, as it has for the past 10 years.

Starting off strong, Matthew and Dave both hit the nail on the head here.

Few analysts expected 2020’s performance to match 2019’s run-up. But some, Matthew included, believed increased market volatility would be the result of a heated election year in the U.S… not a deadly virus jumping from country to country.

Catalyst aside, this prediction has certainly played out…

The Dow Jones is in the red for the year. And it’s still a dozen points below the average performance for an election year.

“Remote work” stocks like Zoom Video Communications (Nasdaq: ZM) and DocuSign (Nasdaq: DOCU) have more than doubled. And the stay-at-home economy has propelled the adoption of new technologies forward by a matter of years.

There’s no turning back now.

Matthew: Pot stocks suffered a truly awful year in 2019. The gains the sector enjoyed during the first quarter were wiped out by the longest – and most painful – bear market in the industry’s brief history. But 2020 should be a more positive year as “Cannabis 2.0” gets up and running in Canada and as U.S. multistate operators focus on sales, not expansion.

Dave: I think that, until the U.S. legalizes pot federally, there’s too much supply. That has driven many cannabis stocks to today’s low levels.

As you can see, pot stocks remain depressed so far in 2020. Our benchmark, the Horizons Marijuana Life Sciences Index ETF (OTC: HMLSF), remains 68% below its 2019 high…

But certain areas of the cannabis market are showing signs of life. These include ancillary companies, which don’t deal directly with the plant, and emerging state-specific markets, like Pennsylvania, which is seeing rapid growth.

Matthew: In 2019, broader market volatility fueled by ongoing U.S.-China trade concerns and midyear fears of a recession triggered gold’s best performance since 2010. For 2020, I think gold’s gains are far from over.

Dave: I think gold will stay relatively flat based on a continued strong U.S. dollar relative to other currencies. I do believe there are opportunities in a few select gold mining stocks.

Here’s another example of a correct prediction – with an unexpected catalyst.

Matthew was correct when he said “gold’s gains are far from over” for 2020, but the run-up was ignited by the coronavirus-induced market crash in March, not impeachment proceedings or political uncertainty…

Our go-to gold expert, Rich Checkan, believes $2,500 per ounce is still in our sights.

And if the first half of the year has been any indication of what gold can do during volatile times, then we’re well on our way to reaching that price target.

Matthew: It doesn’t grab many headlines, but at one point in 2019 the cryptocurrency was up 298%! And it ended the year up roughly 100% – more than several times the performance of the stock market. I think Bitcoin, with a reward halving just months away, is going to be more explosive in 2020. This catalyst has triggered massive runs in Bitcoin in the past, from gains in the thousands of percent in 2012 to 600% in 2016.

Dave: I’m not a fan of cryptocurrencies in general. I like to invest in things I can touch and feel, or services provided. I’m avoiding crypto.

Bitcoin crashed along with the rest of the market in mid-March. But it’s already recovering…

The halving event that Matthew alluded to occurred on May 11 and marked the highest price in Bitcoin’s bounce so far.

Bitcoin has been known to surge hundreds to thousands of percent in the months following a halving event, so this is one play to keep your eye on through 2020 and into the beginning of 2021.

Matthew: The global crude oil market is oversupplied. And in the past we’ve seen that, when the market is in a glut, crude prices can fall rapidly. I believe crude could fall to $40 per barrel this year (it’s now around $59). If there’s another market share war, like the one we had from 2014 to 2016, expect a move lower.

Dave: OPEC+ (the Organization of Petroleum Exporting Countries and its 10 crude-producing allies) just announced that it was increasing 2020 production cuts from 1.2 million barrels per day to 1.6 million. At the same time, producers in the U.S., Norway, Canada and Brazil are continuing to increase production – essentially sticking it to OPEC+. Frankly I couldn’t be more delighted. The net effect will be range-bound oil prices for 2020.

“Expect a move lower” was the understatement of the year!

In April, the price of crude oil nose-dived into negative territory for the first time ever. But the drop was short-lived…

Whether this was the move lower that we expected to see – or there’s another, more permanent decline on the way – will remain to be seen.

All in all, I think these five areas are great examples of where to look for profits (whether you’re bullish or bearish) through the rest of 2020.

Matthew and Dave may not have a crystal ball, but they do have a knack for identifying transformative trends.

And the profit opportunities that accompany these foresights are endless. 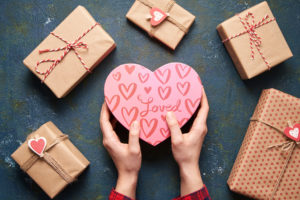 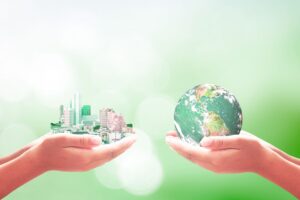 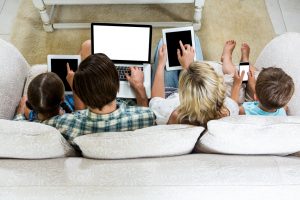