Will we know who the next president will be? Perhaps…

The markets could be going nuts like Black Friday at Walmart or staying as calm as a Wisconsin lake in mid-August. We just don’t know, and that is why we’ll be live, analyzing the markets in real time, assessing where to deploy capital and where to pull back from.

If Joe Biden loses, the sector that may suffer the biggest short-term losses could be alternative energy. Companies in the electric vehicle, charging station, and wind and solar energy spaces could all be at risk. Some names include First Solar, Blink Charging and just about any other name with solar in it.

I think the sell-off will be a knee-jerk reaction, however, as the future growth sectors are the very same in which companies like Tesla, General Motors and Ford are investing billions of dollars. So, while they should get hammered, the opportunity to buy may also be the best since March.

The market loves certainty and money-printing stimulus, as it forces investors to move into the stock market. That means people will buy stocks and create what we call “stockflation.” Donald Trump measures his success by the level of the stock market, and he will do whatever it takes to make that number look great.

Selling volatility is a weird trade. While you are “selling” volatility, you are actually “buying” stocks or indexes.

So you want to be ready for a massive surge in share prices over the next year. In fact, as you can see from this chart below, the first year of a new presidency is historically the second-strongest for markets. 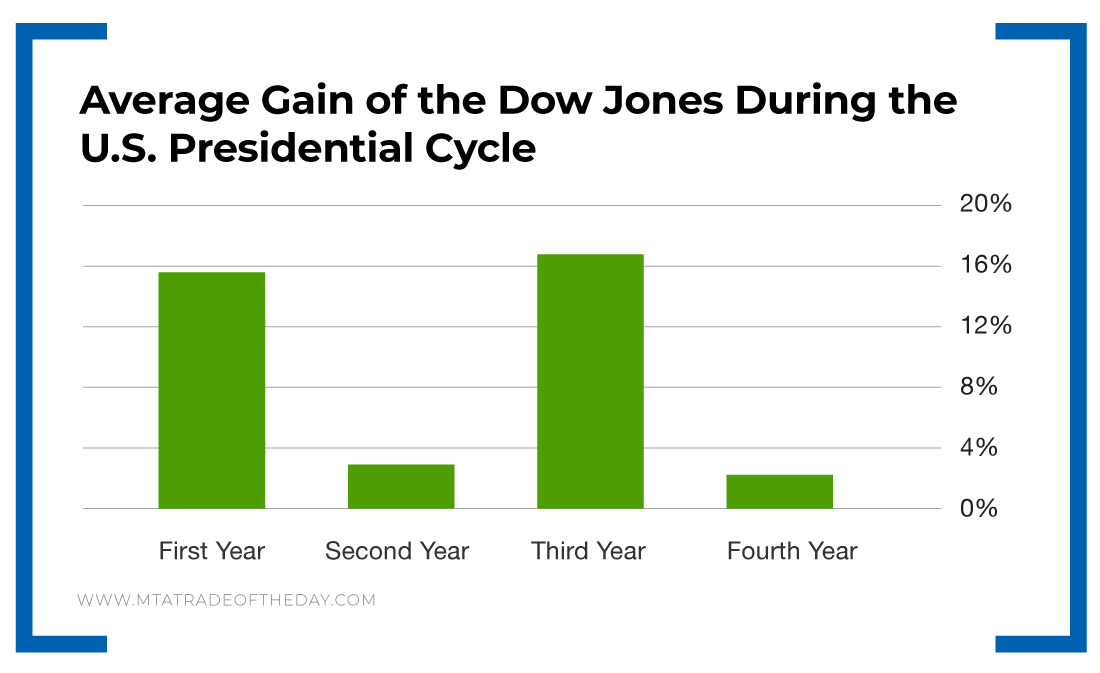 And when you have a commander in chief who is focused on making the market go higher, it could be a banner year.