Sin stocks. The name alone is enough to scare away lots of institutional and individual investors. But their loss can be your gain.

We humans have been sinning for as long as we’ve existed. Our ancient ancestors wrestled with greed, gluttony, sloth, pride, anger, envy and lust. And that’s certainly still the case today.

That’s why sin stocks – a subcategory of the consumer staples sector – do well no matter what the greater markets are doing. 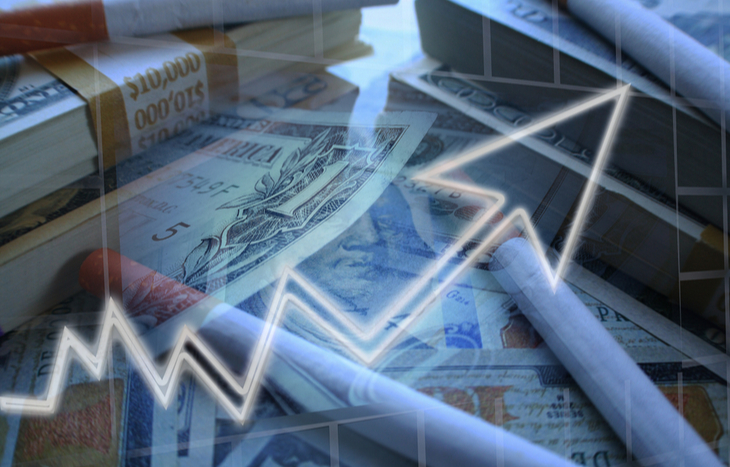 When cash is flowing, money pours into industries like alcohol, tobacco, casinos and firearms. And they’re just as resilient during economic downturns. Because once people get a taste for their sin of choice, they don’t stop imbibing just because cash is sparse.

A perfect example came at the beginning the coronavirus pandemic in the form of alcohol sales. With unemployment rates rocketing into uncharted territory, booze sales rose right alongside.

As the coronavirus spread, beer sales went up 42%. Wine sale rose 66%. And liquor sales like tequila and gin jumped by a whopping 75% compared to the same time last year. All of which boosted certain sin stocks.

Meanwhile, the FBI broke virtually every record in the number of background checks it conducts for firearm sales… This happened despite the fact that many gun stores across the country were closed because they were considered nonessential.

Nonetheless, the FBI conducted more than 3.7 million background checks in March. That’s the highest total since the national instant check system for buyers was launched back in 1998. And the agency conducted an additional 3.9 million in June 2020.

That’s more than double the amount of background checks in June 2018. And 1.6 million more than 2019. And naturally, gun sin stocks rallied in the process.

As for tobacco sales, the uptick has been slightly less pronounced. But they’re still up. And this despite warnings from the World Health Organization that smoking increases the risk of complication from COVID-19.

The bottom line is so-called sinners are going to sin… no matter what the economy is doing. And that’s why sin stocks are so resilient amid an uncertain economy.

To help sweeten the pot, sin stocks are routinely undervalued. That’s because so many investors avoid them due to the increased chance of litigation or other implied risks. In turn, sin stock investors are rewarded with a risk premium in the form of higher returns on their investment.

Below are seven sin stocks that fit the bill. They have the potential to make investors a lot of money.

To round out the sinning, Altria also owns a minority stake in Anheuser-Busch InBev (the largest brewing company in the world), e-cigarette maker Juul Labs and cannabis company Cronos Group. Because of the company’s problems in its investment in Cronos and Juul, it remains undervalued. As more states begin to legalize marijuana, Altria has poised itself to be a big beneficiary. And along the way, it rewards investors with a healthy 8.41% dividend yield.

Historically, when a Republican is in the White House, gun sales tend to slump. And that was certainly the case when President Trump entered office. But that’s clearly no longer the case. And one of the biggest beneficiaries of the reversal of the “Trump slump” was the firearm maker Sturm, Ruger.

Things were going well for Sturm, Ruger even before the pandemic and social unrest struck. Sales were up 9% at the beginning of the year. But since then, share price has more than doubled. And with a looming presidential election, Sturm, Ruger could be in a position to push share prices much, much higher… which makes this a sin stock to definitely keep an eye on.

After the November 2016 election, Smith & Wesson’s share price crumbled along with sales figures. But this year, it has quickly risen to its former glory. But despite this, the stock price is still considered undervalued.

Smith & Wesson’s got a healthy price-to-book ratio and price-to-cash-flow ratio compared with other companies in the industry. And now that the Supreme Court has declined to review appeals challenging several gun-related restrictions, sales are expected to continue to climb.

This one is more of a “traditional” sin stock. The company’s got a bad rap for the role it’s played in the obesity epidemic (gluttony). And many folks don’t like the way it markets toward children (greed). But in general, it’s safe to say there really isn’t much healthy about McDonald’s… besides its stock price.

To the “woke” generation and socially conscious, McDonald’s is almost as big a villain as Big Tobacco. But this company has a remarkable record of changing with the times. When people started demanding healthier food, the company introduced more salad options. When people were disgusted by the “pink slime” scandal, McDonald’s quickly changed its practices.

The golden arches aren’t going away anytime soon. And even though the company pays out a small 2.71% dividend yield, McDonald’s is a dividend aristocrat with 40-plus years of increasing its dividend each year.

Sin stock investors have it easy when it comes to investing in alcohol companies. Consolidation in the industry has resulted in just a few huge companies controlling the majority of beer sales. And as mentioned above, none are bigger than Anheuser-Busch InBev. The company produces all Budweiser products, Busch products, Corona, Beck’s, Stella Artois and hundreds of other beers. And proving its ability to change with the times, the company also led the charge into the increasingly popular hard seltzer category.

When a company that is more 160 years old proves its ability to continue to cater to new generations of drinkers, it’s a good sign that the company will continue to be around for a while. InBev also rewards sin stock investors with a 1.59% dividend yield.

This one is a more straightforward play on tobacco than Altria. While the possibility for explosive growth via sideline ventures into the cannabis or beverage market isn’t there to date, the company has proven to be a survivor… even though the number of smokers is declining.

The beauty of an investment in British American Tobacco is its 6.51% dividend. And the company is a member of the European dividend aristocrat club. It has raised its dividend every year for more than 20 years, which continues to keep this a valuable sin stock.

It’s back to booze with this sin stock. Diageo – pronounced Dee-AHH-gee-oh – is one of the world’s largest producers of spirits. The company’s products are found on the top shelf, bottom shelf and everywhere in between in liquor stores around the world. It makes the most popular vodka in the world (Smirnoff)… the most popular scotch (Johnnie Walker)… the bestselling liqueur (Bailey’s)… and the most popular stout (Guinness).

Despite a mediocre year in 2019, the company is expected to increase revenue by $685 million to $17.3 billion in 2020. And despite Diageo being referred to as a sin stock, the company is also renowned for its hiring practices. It recently ranked 11th out of more than 4,000 companies around the world for diversity and inclusiveness in hiring practices.

Some people invest with their heart. They follow and invest in companies they admire and think are doing the “right thing.” But it’s been proven time and time again that the agnostic is better rewarded.

Sin stocks routinely outpace the greater market. But they do come with inherent risk (just like any other investment). Short term, there will be some downs and ups. But all seven of these companies have proven that in the long haul, they’ll continue to reward investors.

Fret Not, Those Who Fear Sin Stocks

Investors are looking for one simple thing: a return on their investments. And the stock market has proven to be one of the greatest wealth-building mechanisms in the history of mankind.

But if you don’t have the stomach for investing in companies with practices you might not agree with, don’t worry. There are plenty of other ways to start building wealth.

If you sign up for the Investment U e-letter below, you’ll learn all sorts of incredible wealth creation tips and learn how to follow the markets and spot the next big trend before it happens.