There are thousands of publicly traded companies listed today. To understand each individual company’s performance, it’s important to have an average benchmark to compare against. That’s where stock indices like the S&P 500 come in. It’s an index that tracks the performance of the 500 largest publicly traded companies on U.S. stock exchanges. It’s one of several key benchmarks financial analysts use to evaluate both the stock market as a whole and the performance of individual companies listed within it.

When most people think of “the stock market,” they’re thinking of the S&P 500. It’s arguably the most widely-touted benchmark for financial markets. Here’s what every investor should know about the index, how it works and how to use it as a benchmarking tool for their own portfolio performance. 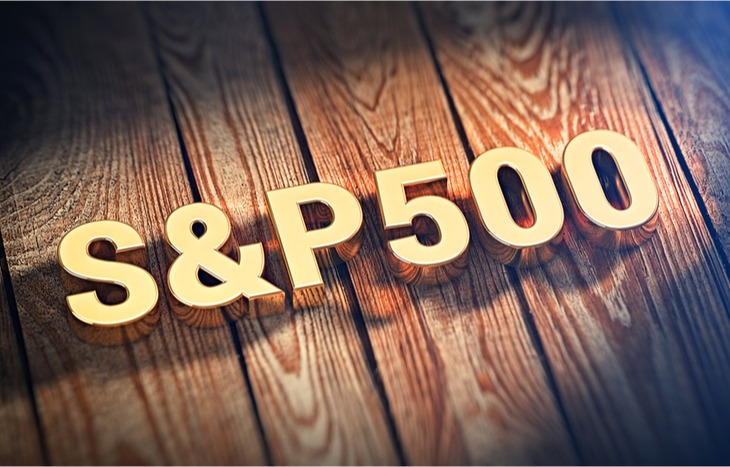 The S&P 500 index dates back to 1860, when Poor’s Publishing published an investment guide focused on railroad stocks. Some years later, in 1923, Standard Statistics Company began to issue ratings for mortgage bonds and eventually created a 233-company stock index. In 1941, the companies merged to become Standard & Poor’s (S&P).

With the formation of a single company, S&P expanded its foray into stock indexing. Over the years, the company refined its aggregate methods until 1957, when its namesake index expanded to include 500 companies. It rebranded as the S&P 500 index, and maintains that name today.

The Composition of the S&P 500

The reason this index is such a widely touted benchmark for the stock market is because of its composition. It’s a well-balanced representation of the broader market, and its performance is usually indicative to general market sentiment. Here’s a closer look at the composition and breakdown of the index.

The makeup of the S&P 500 index is representative of a cap-weighted market composition. That is to say that the stocks tracked within it are weighted by their market capitalization. Companies with a higher market cap have a higher weight. The distribution of sectors weighted within the index is as follows (September 2021):

Wondering why the composition of the S&P 500 skews toward IT and a few other sectors? Take a look at the top 10 companies in the index, based on their cap weight contribution (September 2021):

Fast Facts About the S&P 500 Index

Though it’s one of the most well-known and most-tracked indices, there are a few details that make the S&P 500 special. For example, take a peek at some of the unique facts surrounding this index and how it works to provide such an accurate representation of the broader stock market.

Another fact that makes the S&P 500 index unique is that it’s one of the most-tracked indices. Numerous financial products seek to replicate or beat the S&P’s performance. Popular examples include the SPDR S&P 500 trust (NYSE: SPY), Vanguard 500 Index Fund (NYSE: VOO) and the iShares Core S&P 500 (NYSE: IVV).

S&P 500 vs. Other Stock Market Indices

The S&P 500 is far from the only major index to gauge broad stock market performance. In fact, it’s one of “the big four” that financial analysts, economists and investors use to correlate stock market trends. Here’s how the S&P 500 stacks up against them.

While the S&P tracks 500 stocks, the DJIA only tracks the 30 most prominent stocks. Moreover, while the S&P is cap-weighted, the DJIA is price-weighted. The two tend to rise and fall in tandem; however, the former tends to be slightly more volatile.

The Nasdaq Composite is somewhere in-between the S&P and the DJIA in terms of the number of securities it tracks and its total market capitalization. It follows the largest 100 public companies—most of them tech-related—and is a cap-weighted index, like the S&P 500.

As their names imply, the Russell 2000 tracks four times as many securities as the S&P. Moreover, it specifically tracks companies with much smaller market caps. Therefore, the index itself is much smaller, with a cap of $3.5 trillion, as opposed to the S&P’s $40.3 trillion.

While their compositions and breadth of included companies are vastly different, these indices tend to behave similarly. This lends credence to their role as market averages and benchmarks.

Get Familiar With the “Stock Market Average”

Alongside the DJIA, the S&P 500 is commonly referred to as the “stock market average.” Often, it lives up to that moniker by providing a clear trajectory for total market performance. Additionally, it serves as a reliable benchmark not only for the stock market itself, but for individual companies up against the average. For many investors, the annualized return of this index is the figure to beat when investing.

According to Warren Buffett, investing in this index is the best way to out-perfrom the market. And it’s also a great way to build wealth in your life. To learn more, sign up for the Liberty Through Wealth e-letter below!

For casual and professional investors alike, the S&P 500 is an everyday measure of market performance that’s worth paying attention to. As the needle moves up or down on this major index, individual stocks and portfolios will respond in-kind.