What is the Dow Jones Industrial Average?

When referring to “the stock market,” most news media are talking about a composite index. Often, that index is the Dow Jones Industrial Average (DJIA). Also called “the Dow 30” or simply “the Dow,” it’s the most common indicator of stock market performance. The Dow is an average of 30 actively traded blue chip stocks and is used to analyze the health of the overall market.

While it’s not the only index used to quantify broad market performance, the Dow is among the most trusted. It represents companies at the very heart of the American economy and tells the tale of stock market performance based on the country’s most actively traded companies. Here’s everything you need to know about the DJIA and what it means to investors. 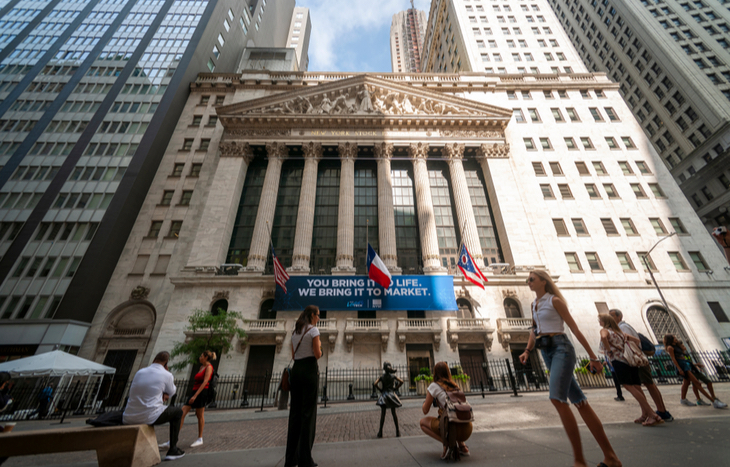 The History of the Dow Jones Industrial Average

Despite its continued evolution, the DJIA is the oldest stock market index used today. The average dates back to 1882, when it was formulated by investment forefathers Charles Dow and Edward Jones. At its inception, it was actually called the Transportation Average. The original index included just 11 companies: nine railroad stocks, a steamship line and a communications company.

In 1896, the average split, forming the Transportation Average and the Dow Jones Industrial Average that we know today. The first iteration of the DJIA included 12 companies:

The original DJIA was also much less sophisticated in its weighting. To calculate the average, Charles Dow simply added up each stock price and divided it by 12.

Today, none of the original 12 companies remain in the DJIA—General Electric was the last to fall out in 2018. The index has also grown to 30 companies, picked by the editors of the Wall Street Journal. It’s also no longer a simple average—rather, it’s weighted and averaged using the “Dow divisor,” a complex and dynamic modifier used to properly evaluate the average.

A Closer Look at the DJIA

What does the DJIA look like today? Here’s a quick look at some of the fundamentals behind the current iteration of this everlasting index. Keep in mind that it’s a price-weighted index and not weighted based on the average market cap of included companies.

Companies in the DJIA

The Dow Jones Industrial Average only tracks the 30 largest public companies in the United States. Below is a current breakdown of these companies and when they were added to the DJIA.

The DJIA has a relatively well-distributed allocation among companies. This weighting is subject to change as the DJIA changes and as different sectors perform differently.

Drawbacks of the DJIA

The reason the Dow Jones Industrial Average has survived more than a century as a stock market indicator is because it’s a great snapshot of market performance. That said, there are criticisms of the Dow that have risen to prominence in recent years.

The first major criticism of the Dow is that it’s no longer a good representation of economic health. This is due in part to the fact that commerce is now global and every company represented in the DJIA has a global presence. Thus, it’s not possible to correlate the national economy with the success of these companies exclusively.

The other major drawback of the DJIA is that it’s price-weighted, not weighted by market cap. Many investors feel that market capitalization is a better method of weighting indices, since is provides a more accurate representation of the company’s impact on the broader performance of the index.

As mentioned, the Dow Jones Industrial Average isn’t the only composite index out there. Typically, it’s held in the same regard as other major, reputable indices, including:

While they’re all structured differently, each of these major indices looks at the broad economy through a unique lens. The goal is to provide a snapshot of market performance based on the performance of aggregated equities.

Key Takeaways in Understanding the DJIA

For many, the Dow Jones Industrial Average is the stock market—or at least, the personification of it. It doesn’t represent the economy, but it is a good metric for judging the performance of the United States’ most prominent companies from across each major sector. Investors should use it as a benchmark for evaluating their own portfolio performance. Moreover, it’s a contextualizing lens for the performance of the market as a whole. There’s a reason every financial news media platform in the world refers to the DJIA: because it’s an immutable barometer for the stock market.

To learn more about the Dow Jones and how many of these companies have helped investors build wealth, sign up for the Liberty Through Wealth e-letter below. You will gain access to daily investment tips and trends from some of Wall Street’s leading experts!