There are exactly zero active investors alive today who have managed a retirement portfolio through a truly global pandemic.

We need to go back 100 years to the Spanish flu outbreak of 1918 to find an event similar to the one we are going through today.

I’m glad for that…

Today I want to take a look at what happened to the stock market 100 years ago during the Spanish flu as investors navigated through that terrifying experience.

I believe revisiting what happened then can provide us with invaluable advice on what we should be doing today.

The news flow we are seeing today from the coronavirus is brutal.

As I write this, the death toll has just crossed 20,000 worldwide. Far too many lives have been shortened.

But a century ago, the Spanish flu was even worse…

Estimates are that more than 500 million people worldwide were infected by the Spanish flu, with at least 50 million and potentially up to million dying. Those are horrific numbers.

Making it even worse is that the world’s population in 1918 was under 2 billion people. That means that 25% of the planet’s people contracted the illness, and almost 5% of the entire global population died from it.

Unlike the coronavirus, the Spanish flu didn’t hit just the most vulnerable the hardest. It was lethal for everyone.

More than 90% of the deaths in the United States were people under the age of 65. Nearly half of the deaths were young adults between 20 and 40 years old.

Just imagine how hard it is to keep an economy running when everyone who steps out their front door does so justifiably believing that they are putting their lives at stake.

I don’t know how the young adults who were the backbone of the economy soldiered on.

But the most brutal statistic from that era is the impact the Spanish flu had on pregnant women. Of the 13 studies done of pregnant women who were hospitalized during the outbreak, the death rate ranged from 23% to 71%.

Of the pregnant women who survived, more than 25% lost their children.

I can’t even imagine how much fear there must have been everywhere.

Against This 1918 Horror, How Did the Stock Market Do?

It feels wrong to discuss investing in a world hit by a pandemic where so many lives are being lost.

But we must carry on as investors, and there is no clearer evidence of that than what happened 100 years ago.

When the Spanish flu started to break out in 1917, the Dow Jones Industrial Average was trading near 100. Six months later, the market reached its bottom at 66 – a decline of 33%.

I’m sure the 33% decline was harrowing for investors at the time, but I have to be honest – given what the world was facing, I can’t believe it wasn’t worse!

It’s also important to note that the stock market bottomed in 1917 long before the worst of the Spanish flu actually hit. When the market bottomed, the world had experienced only the first wave of the pandemic.

Deaths in the United States surged twice during outbreaks in 1918 and 1919. October 1918 was by far the deadliest stage.

Investors who panicked and sold out of the market near the bottom at the end of 1917 then missed out on one of the greatest decades in stock market history.

By the time the worst of the pandemic hit in October 1918, the stock market had already rallied 35% from the bottom.

About 10 years later, in December 1927, the Dow Jones Industrial Average sat at 200, more than three times where it was a decade prior.

For Investors, the Message Is “Stay Calm”

We are currently just a couple of months into this global pandemic, and we have already seen the market fall by 33%.

I’m not going to tell you that the stock market has already bottomed. In fact, I would tell you that anyone who claims to know that is not someone I would look to for advice.

The truth is that nobody can actually know that.

What history tells us, though, is that if we haven’t bottomed, we have probably come very close.

No question – the news flow coming at us will continue to be disturbing for weeks, if not months. The numbers of COVID-19 cases and deaths are going to increase, and the economy is currently taking a historic hit.

Second quarter economic data is going to be off-the-charts bad. Never before has economic activity stopped this fast.

But our lesson from 1918 is that the stock market is a forward-looking mechanism. It will bottom long before the news flow starts getting better. It may have even already bottomed, but if it does go lower, don’t stress about it.

Diversified investors need to stay the course. Eventually, this market dip will become just another minor blip on the stock market’s relentless march higher over time. 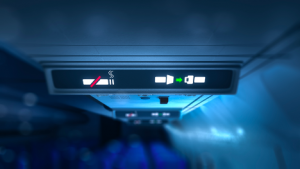 Market Turbulence Still to Come in 2020 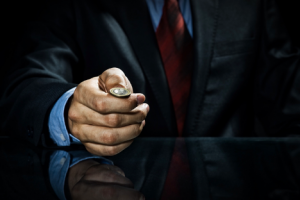 Improve Your Performance With a Coin-Flip Mindset 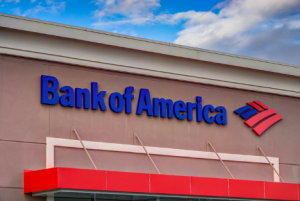