What is a Stock Exchange?

Interested in buying stock? After you’ve opened up a brokerage account and deposited funds, you’ll need to go out and buy shares. This happens on a stock exchange: a platform or institution through which securities trade in the market. Exchanges are a medium through which buyers acquire equity shares in companies and sellers offload them for a profit (or loss). The exchange represents the “marketplace” where public companies come to tap into public investment dollars.

Most investors don’t actually have direct communication with an exchange. Instead, they place orders through a broker who buys and sells shares on their behalf. The exchange itself connects buyers with sellers, with brokers facilitating the trades. It’s also important to realize that exchanges don’t own any stocks—there’s merely the medium for transacting them.

Here’s a look at what stock exchanges are, how they work and their purpose as intermediaries for the buying and selling of equity. 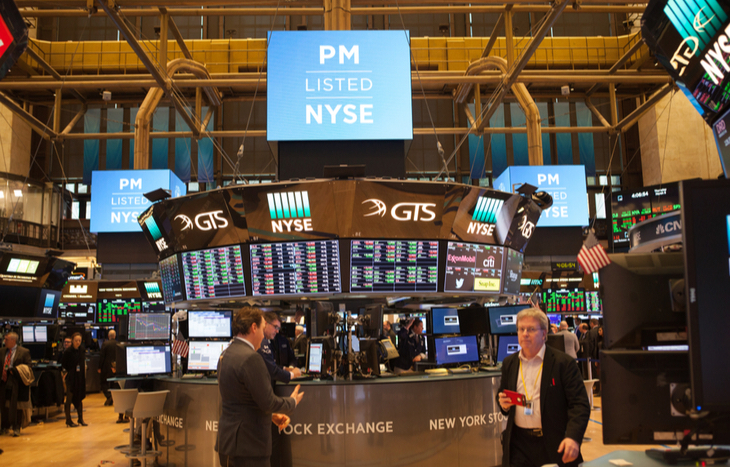 The Origins of Stock Exchanges

Stock exchanges actually originated in the 1600s, as European sailors sought funding to traverse the globe. Back then, sailing in search of commodities and valuable goods was a dangerous undertaking. Shipping companies couldn’t always get the financing they needed from financiers, so they turned to the public to fund voyages. Individuals would contribute as much as they were willing and receive an ownership stake in the goods recovered from a voyage. These transactions happened through brokers, which represented early exchanges.

Over time, stock exchanges evolved to become more regulated. Too many shipping companies failed to return on the initial investment of shareholders—or defaulted entirely. More modern exchanges formed to protect investors by regulating the interaction between companies seeking capital and those willing to invest in them.

Stock exchanges entered a digital age with the introduction of the NASDAQ in 1971. The NASDAQ relied on computerized trades to keep bid-ask spreads tighter. As a result, it rapidly grew to prominence alongside other established exchanges. This led the New York Stock Exchange to merge with the Euronext Exchange—Europe’s conglomerate of major exchanges—to become the largest exchange in the world.

Major Stock Exchanges of the World

Today, there are exchanges in every major developed country in the world. That said, it’s best to think of exchanges in terms of regions. Here’s a look at the major stock markets in each major region of the world.

It’s no coincidence that the major commerce hubs of the world are also home to major stock exchanges. Because stock exchanges facilitate the equity of public companies, they’re most prevalent in countries and regions with established capital markets.

Companies that want to access public capital markets do so by listing on an exchange. To do this, they need to undergo an Initial Public Offering (IPO). This is the process through which the company receives a market valuation and issues shares. While it’s the most common path to market, it’s not necessarily the only way to get listed on an exchange.

In recent years, there’s also been a rise in special-purpose acquisition companies (SPACs). These are companies that have no real business operations. Instead, their sole purpose is to acquire a private company. Then, the SPAC folds into the acquired company, effectively bringing it public under the new name. Companies like DraftKings (NASDAQ: DKNG), SoFi Technologies (NASDAQ: SOFI) and ChargePoint Holdings (NYSE: CHPT) have all used SPACs to go public in recent years.

There are also spinoff companies. For example, Synchrony Financial (NYSE: SYF) spun off of General Electric (NYSE: GE) in 2003. Though it went through an IPO process, spinoff companies tend to see a much quicker path to market and plentiful activity on stock exchanges.

Not every public company lists on an exchange. Some choose to list in auction markets, like the Over-the-Counter (OTC) market and Pink Sheets markets. These markets connect buyers and sellers directly, instead of within the market. As a result, there are fewer barriers to trade and more freedom for companies to offer shares. However, it also means there’s more risk involved for investors.

Another type of network that connects buyers and sellers directly, ECNs have risen to prominence among institutional investors. They bypass market makers entirely, to keep bid-ask tight and facilitate much larger trade blocks. One of the most prevalent examples is Nasdaq’s Interbank Network Electronic Transfer (INET). The other big advantage to these systems is the ability to trade outside of regular trading hours.

Stock exchanges are the cornerstone of public equity markets. They facilitate the buying and selling of stocks, thus allowing companies access to capital and investors access to wealth-generating opportunities. To discover daily stock picks, tips and trends, sign up for the Trade of the Day e-eletter below. Every major developed country in the world has a stock market. Without them, public markets would cease to exist, save for direct trading networks and the risk that comes with them.