What is a Stockholder?

Do you own shares of stock in a public company? Congratulations: you’re a stockholder! You own a stake in that company’s financial success, which will grow your wealth based on your investment stake. But there’s a lot more to being a stockholder than watching a stock price go up and down. You have rights and responsibilities, too.

Here’s a look at what it means to be a stockholder—also called a shareholder—and what it means beyond simply appreciating your wealth in the public markets. 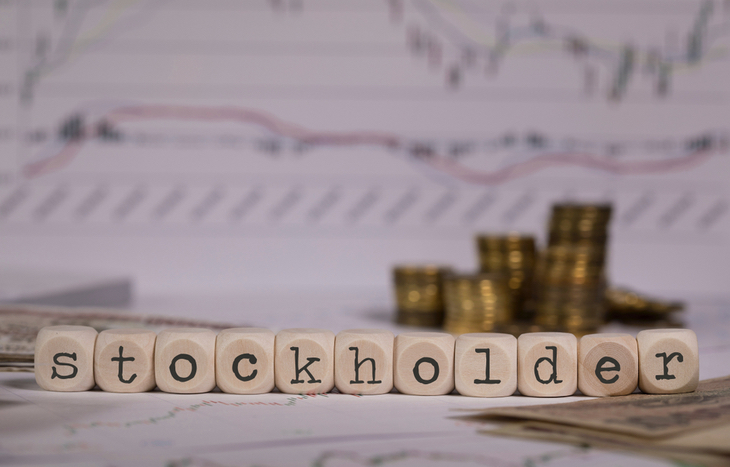 A Claim to Profits (and Losses)

Investors buy stock in public companies because there’s a promise of return on investment (ROI). They believe that over time, their initial investment will appreciate, generating wealth. So long as they hold the rights to shares, they hold a claim to the percentage of a company’s profits represented by those shares.

There are several ways in which a company can return value to stockholders.

In each of these scenarios, stockholders find themselves entitled to profits because they’ve purchased and held a stake in the company. The shares they hold are a form of contract that facilitates their worth.

It’s also important to note that while stockholders are entitled to profits, they’re also responsible for losses. If shares depreciate in price or the company cuts its dividends, the value of a stock investment falls. So long as they remain vested, investors will see their stock claims rise and fall. It’s not until they sell their stock that any gains or losses become real.

While a stock entitles the holder to profits, it also opens them up to a slew of additional shareholder rights. Common stockholders can expect six fundamental rights that accompany their investment:

Most public companies have different stockholder levels that dictate the power of particular shares. For example, Class A shares may have 10x the voting rights of common Class B shares. Larger companies such as Alphabet (NASDAQ: GOOG), Meta (NASDAQ: FB) and Berkshire Hathaway (NYSE: BRK.A) delineate stockholder rights based on share class.

Ownership stake becomes important because of the rights that accompany each share. Notably, any single entity that controls 51% of the shares also controls a majority of the voting rights. Thus, they have sizable control over the company. Generally, owners and founders are majority stockholders, and many companies structure equity distribution to create groups of minority shareholders.

Who Can be a Stockholder?

Anyone with the capital to make an investment can become a stockholder through public markets. This sentiment applies to individual people, companies, non-profit organizations and anyone else recognized as a legal entity. The other important stipulation for investing is that the stockholder is also a taxpaying entity—whether through business taxes or personal income tax. Capital gains and passive income received through stock investments are subject to tax, and the stockholder is responsible for reporting and paying those taxes.

Sometimes, companies offer perks and incentives to shareholders, as a form of reward for their confidence. These incentives aren’t necessarily tied to the performance of an investment—rather, they’re an incentive to attract and maintain more passive investors. For example:

Many, many companies offer some form of shareholder perks like these. Not only is it a simple way to reward shareholders for their continued confidence in the company, it’s often a low-cost way for companies to entice new investors. They shouldn’t be the only incentive for new investors, however!

Should You Become a Stockholder?

For most investors, becoming a stockholder is the easiest way to accumulate wealth. Whether it’s a company sponsored 401(k) retirement plan or an individual brokerage account, access to the stock market means access to wealth-building investments. The question isn’t whether you should become a stockholder; it’s which stock(s) you should invest in. Choose those with a track record of rewarding existing stockholders or those in a position to generate strong returns on future growth.

For the latest stock insights and analysis, sign up for the Trade of the Day e-letter below. This team of Wall Street experts provides daily market tips and trends for both novice and experienced investors!