The Dependency Ratio: Use This Number to Find Good International Investments

Economists have spent decades analyzing why some countries grow and others don’t.

You can talk for ages about factors like education, disposable income, export growth, interest rates, business and tax regulations, port traffic and 50 other variables. It all adds up to a complex equation.

But you can actually boil a part of a country’s economic growth down to one number – a number that you can predict for decades with near certainty. What’s more, it’s profitable.

This Simple Number Can Trump the Statistics

Forget mind-boggling equations and the morass of government statistics. You can attribute much a country’s growth rate to a single, simple factor: good, old-fashioned elbow grease.

The current dependency ratio for the United States is 49%. That means for every 10 working adults, there are 4.9 people that need to be supported, be it through social security or childcare.

Therefore, a lower dependency ratio is better for economic growth. Not only does it mean more people in the workforce are contributing to national productivity, but also that more resources can be directed towards investments in growth initiatives.

Unfortunately, this will come back to haunt us… 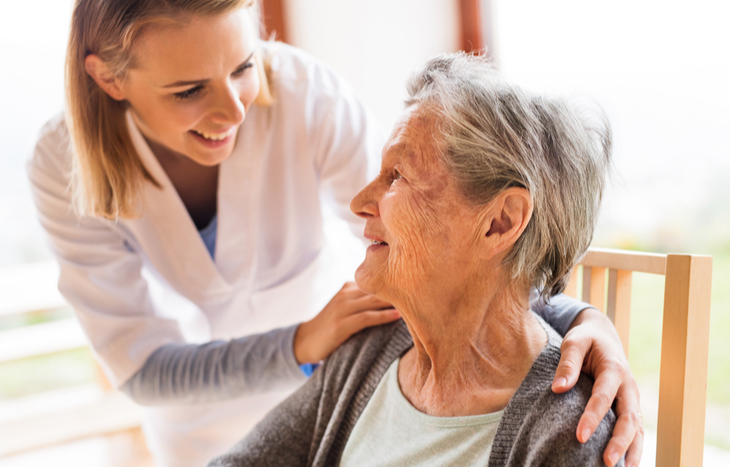 Why the United States Could Struggle with Economic Growth

With baby-boomers now entering retirement age, it will hike the dependency ratio up and stifle economic growth.

Since birthrates are measurable and the population at various ages stays pretty consistent for about 70 or 80 years, dependency ratios are predictable well into the future.

As the ratio rises up to 2050, we’ll face an uphill struggle for economic growth.

It could be worse, though. Let’s see what country to avoid – and another set to grow explosively…

China’s Dependency Ratio: Who Will Look After Its Aging Population?

Imagine if you restricted your population to the point where families were only allowed to have one child over a 30-year spell.

That policy is actually a reality. In China, authorities estimate that this prevented 250 million births between 1980 and 2000.

And you can see how that lower dependency ratio has contributed to China’s explosive growth. With the ratio currently under 40% China is in a perfect position. Unfortunately, the country will need to pay for it in the future.

Now, this doesn’t mean that Chinese stocks will dip over the next few months… but it might happen sooner than you’d think.

According to Wang Feng, a professor of Social Development at Fudan University: “The consistently low birth rate since the 1990s will cause a noticeable contraction in newly available labor. The section of the population between 20 and 24 years of age will decrease sharply from 125 million in 2010 to just 68 million in 2020 – a 50% decline in only 10 years.”

So what countries will benefit from a lower dependency ratio?

Over the next five to ten years, watch for India to catch up to China in terms of economic growth. Without the one-child policy, it’s better positioned to take advantage of a favorable work-age ratio.

And if you’re looking for a way to take advantage of this trend, investing in an international ETF means you can inject some foreign diversity into your portfolio in just five minutes.

Other countries with beneficial dependency ratios include Nicaragua, Panama and Brazil. And with regard to Brazil, it also jives with more traditional economic analysis, which shows that the nation could outpace countries like China in the near future.

And to profit from the favorable Brazilian trend, funds like iShares MSCI Brazil (NYSE: EWZ).

Sometimes, it pays to not overthink situations, or get bogged down in a sea of conflicting statistics. Age is something that is difficult to fake. Finding the next high-growth country can be as simple as looking at some census data and buying an ETF.

For more great insight, check out our investment opportunities page.