Uranium and nuclear energy get a bad rap. But is it justified? As we move further into renewable energy, the tables are turning. More nuclear projects are coming online, and it’s a perfect setup for the best uranium stocks.

The companies below focus on mining and processing uranium. So as demand climbs, these stocks should do well…

Before we dive into these investing opportunities, let’s look at key industry trends. The market is slowly moving away from fossil fuels, and nuclear energy is a top contender to replace them… 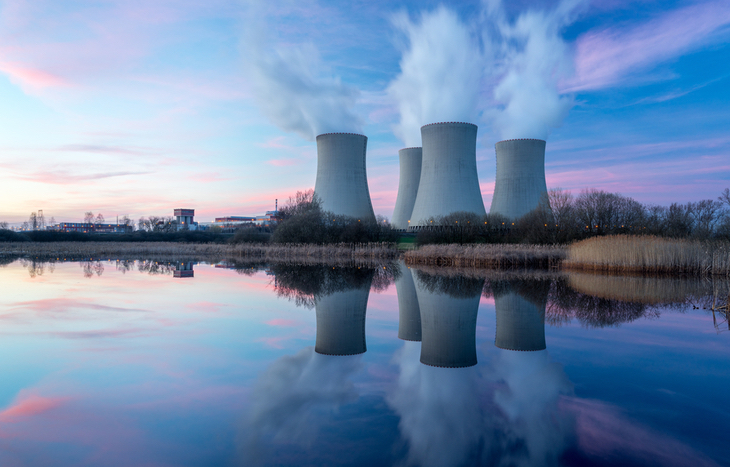 To see where we’re going, we must look back. On top of that, it’s useful to understand market sentiment. The public image of nuclear energy isn’t great…

When you ask people their opinion on nuclear, you’ll often hear about Three Mile Island, Chernobyl or Fukushima Daiichi. The memories of these disasters remain in people’s minds. There’s been a lot of negative press, and that’s likely led to fewer people investing in uranium stocks.

First off, nuclear disasters are rare. Chernobyl, back in 1986, was the worst on record. The World Health Organization (WHO) released a 600-page report on the disaster. Based on the work of hundreds of scientists, economists and health experts, it showed the total number of radiation-related deaths is likely to be around 4,000.

That’s a sobering statistic, to be sure. But let’s compare it with deaths from our main energy source today – fossil fuels.

According to the WHO, millions of people die from the air pollution caused by fossil fuels each year. The long-term effects on our environment could be even worse.

I’m neither pro-nuclear or anti-coal. Instead, I’m bringing up these stats only because many people overlook them. Nuclear energy is both cleaner and safer than many people believe.

More people and governments are realizing this. The tide is turning, and I’ll explain the potential of nuclear energy below. But first, let’s look at the top uranium stocks in more detail…

To lower political and other types of risk, Cameco operates projects around the world. It has a large footprint in Canada, but also operates in the U.S., Australia and Kazakhstan. So as global uranium demand increases, this top uranium stock should see higher returns.

Uranium Energy Corp. is a mining and exploration company based in the U.S. It has projects in Texas, Wyoming, Paraguay, New Mexico, Colorado, Arizona and Canada. So it has some diversification benefits as well.

One unique thing that sets UEC apart is that it’s unhedged. It has no contracts at preset prices. It’s highly leveraged to uranium’s price compared with all other uranium miners globally. This uranium stock also made our list of top energy penny stocks.

Ur-Energy is a junior mining company with a lot of room to grow. Its main operation is the Lost Creek uranium facility in Wyoming. It has a physical design capacity of 2 million pounds per year.

Ur-Energy’s newest project is Shirley Basin. It acquired this asset in 2013 and has gone through a wide range of applications and assessments. As this project progresses, it might produce up to 6.3 million pounds of U3O8, a compound of uranium.

BHP is one of the largest mining companies in the world by market cap. It’s not a pure play opportunity since it has many different types of mines in Australia, North America and South America. It also has large petroleum operations all around the world. Nonetheless, it still gives investors good exposure to investing in uranium…

BHP’s biggest uranium asset is the Olympic Dam mine. The mine contains the largest known deposit of uranium in the world. In 2021, BHP produced more than 3 million tons of uranium. With an already high production capacity and increasing global demand, this uranium stock could see higher returns.

Investing in Uranium and Nuclear Energy

Nuclear energy can claim a much larger piece of the pie. And the pie itself is growing as energy consumption increases globally.

As governments are realizing that nuclear is a better option, they’re approving more nuclear projects. In 2012, the U.S. Nuclear Regulatory Commission approved the construction of four new reactors. This was the first time that had happened since the 1970s.

More public and private investments are going into nuclear energy as well. Bill Gates has even launched a nuclear innovation company, TerraPower. There are many projects on the horizon involving a push for renewable energy.

So the future for nuclear energy and uranium looks bright. And the top uranium stocks might deliver some big returns in the years ahead. Although, there are many investment opportunities to consider today…