What Are Blue Chip Stocks?

If you are a new investor, there is a lot of financial jargon that you have to get used to. Many people want the answer to questions like, “what are blue chip stocks?” so that they can learn how to invest in them. Named after a poker term for the highest value chip, these stocks are often used in low-risk portfolios. 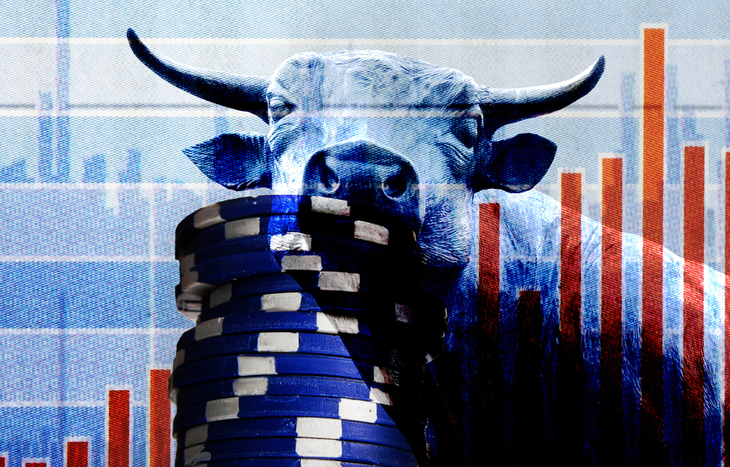 What Are Blue Chip Stocks?

Blue chip stocks come from financially sound companies. These stocks are issued by a well-known business that have national reputations. These well-established companies are popular because they are thought to be safer investments than other stocks.

Often, blue chip companies sell high-quality products and services that are useful for a broad section of society. For example, Procter & Gamble (NYSE: PG) sells brands like Pampers, Tide and Crest. Because these brands sell products like laundry detergent, diapers and toothpaste, they are able to weather economic downturns.

Investors like blue chip companies for their reliable growth over the long run. Because they are financially stable, these companies can often profit during recessions. Their nationally recognized brands and widely accepted products are also ideally suited for downturns.

Originally, blue chip stocks were named after blue chips in poker because these chips have the highest value. In 1923, Oliver Gingold created the term while he was working at Dow Jones. At the time, Gingold noticed that some stocks traded at $200 or more per share. While today’s blue chips do not necessarily have a high price tag, they do have a stable value. Blue chip stocks are the stocks of high-quality organizations that have remained high-quality companies over a long time frame.

Many market indexes and averages are made up of blue chips. While all investors know what these stocks are, the exact definition is up for debate. In general, most people accept that a company has to achieve a market capitalization of $5 billion or more before it can become a blue chip.

What Are Some of the Best Blue Chip Stocks?

Apple rose to fame because it created Macintosh computers in the 1980s. More recently, it has brought in revenue from its iPhones, Apple Watches, iPods and iPads. Right now, Apple makes up an 11.41% weighting in the Dow Jones Industrial Average. In addition to its products, Apple gets recurring revenue from services like the App Store and streaming videos.

Coca-Cola started in 1886. Since then, it has become a global empire that specializes in selling sugary sodas. In more recent years, it has adopted healthier products like sports drinks, juices and bottled water. Coca-Cola has remained a blue chip stock because of its overall stability and its consistent increases in dividend payments.

Johnson & Johnson sells consumer products like Tylenol and baby shampoo, which means it can easily navigate economic downturns. Plus, Johnson & Johnson offers pharmaceutical and healthcare products. Since the company was created in 1887, it has survived more than 25 recessions.

Kraft Heinz is known for its food products, and it has more than 39,000 employees. It was created by a merger of Kraft Foods and Heinz. In 2020, the stock paid a 7.18% forward dividend yield. Because Kraft Heinz sells consumer staples like food, the company can maintain a stable revenue stream during downturns.

Walt Disney develops amazing animated films and theme parks. In recent years, it has built a television business and streaming services. Plus, Disney owns the ESPN sports franchise and the ABC network.

What Are the Qualities of a Blue Chip Stock?

Blue chip stocks are stable during good times and bad times. Unlike many stocks, blue chips have a history of returning solid dividends. While there is some variation between different companies, the majority of blue chips possess the following qualities.

Blue chip stocks are generally purchased because they are low-risk investments with stable returns. Over time, there have been exceptions to this rule. Organizations like General Motors and major European banks went bankrupt during the 2008 recession. Despite these exceptions, the majority of blue chip stocks are stable investments that produce consistent dividends.

If you’re interested in learning more about blue chip stocks, check out the next article in this series on high dividend blue chip stocks. For more of the latest investing and financial news, sign up for our free daily Investment U e-letter today.