What is a Credit Default Swap?

Credit default swaps are a financial derivative used to offset the risk of lending money. These financial tools are somewhat infamous in the modern era due to their role in the Great Recession. However, they’re nonetheless a worthwhile investment when used appropriately.

Credit default swaps do exactly what their name implies: offset the risk associated with borrower default by swapping it to another party. While the credit default swap (CDS) contract comes at a cost (premiums paid), it has the potential to protect the lender from a much bigger financial burden in the event of default. In that event, the originator of the CDS would step in to cover the payments.

A CDS contract is a complex financial instrument that varies from situation to situation. Here’s a general look at how they function and their purpose, particularly in the mortgage lending market. 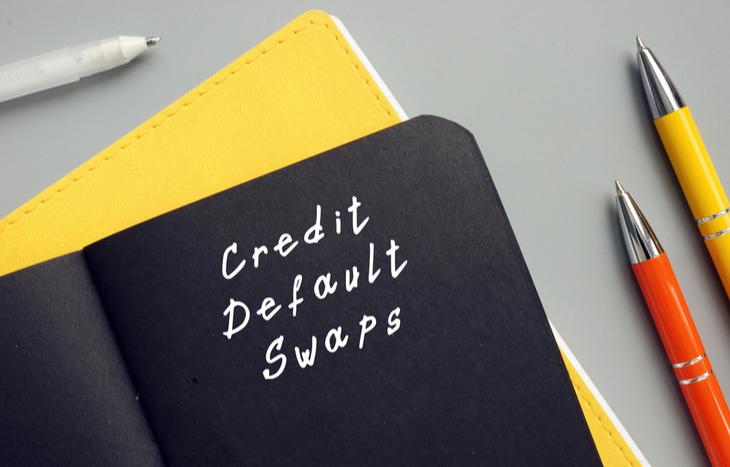 Before we get into exactly how a credit swap works, it’s important to get familiar with the parties involved in one. Generally, there are three entities that complete the transaction:

Linda (borrower) takes out a 30-year fixed mortgage from ABC Bank (buyer). Her monthly payment is $1,200. ABC Bank then agrees to a credit default swap with XYZ Investment Bank (seller), paying a premium of $200 each month. If Linda is unable to pay her mortgage and falls into foreclosure, XYZ steps in to pay ABC the outstanding amount owed on the mortgage, as well as interest. However, if Linda continues to pay her mortgage every month, XYZ continues to collect the premium.

Every credit default swap has at least three parties, but can include more. And, beyond mortgages, banks and investors can purchase credit swaps on a number of financial products, as a way to mitigate risk.

The Purpose of a Credit Default Swap

At its core, a CDS is a way to mitigate risk. It’s similar to insurance. CDS buyers pay a premium to sellers as a way to hedge against the potential for default on a long-term investment, such as a mortgage or a long-term fixed-income security like a bond. There’s no telling what might happen over the course of 30 years, so the premium for a CDS becomes its own investment in risk mitigation.

For CDS sellers, the contract is a money-making endeavor. If there’s never default on the original investment, the CDS never kicks in, which means sellers pocket the premiums as profit. However, selling a CDS is a risk in and of itself, since default could trigger a debt much larger than premiums could account for.

What Triggers a Credit Default Swap?

As a derivative instrument, a CDS is subject to predetermined triggers before it becomes enforceable. Called “credit events,” these triggers are terms agreed upon at the origination of the CDS and most often include:

While every credit swap is subject to different criteria, each will specify credit events that entitle the buyer to compensation from the seller, in the amount equal to the default of the borrower (plus interest). The CDS seller calculates the premium for each credit swap based on the likelihood of a triggering credit event and the amount the seller would ultimately assume responsibility for.

As most investors know, the Great Recession kicked off in 2008 with the collapse of the housing market. It began with an abundance of variable-rate mortgages, given to subprime borrowers without the means to pay them back. When interest rates rose, so did mortgage interest, which pushed many homeowners into foreclosure.

Credit default swaps are actually what triggered the market’s collapse. When mortgage owners defaulted, banks turned to credit default swaps to cover the amount owed. Unfortunately, the amount of money owed was greater than CDS holders could cover. For perspective, in 2008 there was roughly $22 trillion invested in the stock market and more than $45 trillion in credit swaps.

When CDS sellers defaulted on top of borrower default, the Federal Government had to step in and bail out banks. Lehman Brothers is perhaps the best example. The investment bank was more than $600 billion in debt at the peak of the financial crisis; $400 billion of which was due to credit default swaps. For this reason, massive financial reforms followed the Great Recession, including tightened restrictions on mortgage lenders and greater transparency into credit swaps via the Dodd-Frank Wall Street Report Act of 2009.

A Hedge Against Risk and an Opportunity for Speculation

As is the case for every investment, there’s risk and reward on both sides of a credit default swap. For CDS sellers, it’s an opportunity to collect a premium by speculating on the ability of a borrower to maintain their debt. For CDS buyers, it’s a hedge against the risk for default on a large sum over a long time horizon. It all hinges on borrowers and their ability to pay what’s owed. If banks believe they will, they’ll sell a credit default swap. If there are doubts, they’ll buy one.