What Is a Speculative Investment?

“Speculation” and “investment” are two words that, on the surface, are contradictory in the world of finance. Speculation involves taking a chance on something you think will pay off. It’s a high-risk, high-reward gamble for those with a strong appetite for risk. An investment is something you anticipate holding for the long term. On the whole, investments appreciate and build wealth. So what is a speculative investment?

Despite the dissonance between the two concepts it unites, a speculative investment is something very common in the world of finance. To understand it fully takes a clear understanding of short-term investments versus long-term investments, and of what differentiates speculation from anticipation. 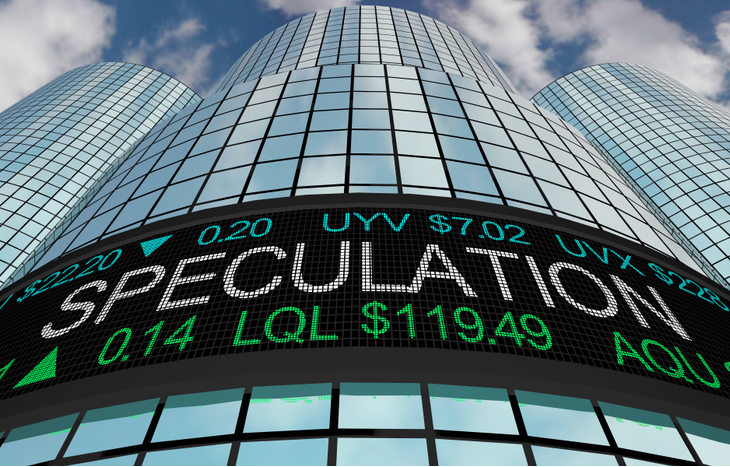 The Definition of Speculative Investments

Speculative investments are long-term investments rooted in a thesis that’s not currently provable – but could become provable in the future. Here’s an example:

ABC Company recently announced a cut to its dividend to fund new expansion opportunities. Many dividend investors sold off the stock, and its share price plummeted as a result. Jimmy believes in its leadership and thinks there’s great opportunity in peripheral markets. He buys the stock, even though it’s at a 52-week low. This is because he believes the company will bounce back to new highs within five years.

In this example, there’s no way to tell if Jimmy is right. His investment is speculative. He believes that the company will turn things around and appreciate within five years. The only way to validate his investment is to check on the company’s performance in the future (and on the value of his investment).

Samantha believes the United States will transition to 75% renewable energy by 2040. She works in an industry adjacent to wind power and sees tremendous potential for the growth of wind farms. So she decides to make significant investments in a renewable energy ETF, as well as two energy companies focused on wind power initiatives.

Putting these two individual terms together serves to unite the best parts of both. Speculative investments allow investors to take a long-term approach to realizing their thesis. You’ll get the opportunity to capitalize on something you believe in; you’ll just wait longer to realize those gains. Overall, time mitigates the risk that comes with speculation.

Some speculative investments may only take a couple of years to develop. For example, if a company hires a new CEO and you believe they’re going to bring new growth, you might invest with a two-year time horizon. Other speculations, like thematic investments, may take more than a decade to come to fruition. For example, if you invest in additive manufacturing (i.e., 3D printing) companies, the technology may continue to mature over the next 12-15 years – along with your investment.

It’s important that investors stick with their investment thesis for as long as they believe it to be true – and that they give it enough time to develop. Backing out too early could invalidate your thesis; staying in too long opens you up to losses. Temper your expectations and take a measured approach that’s borne out by time.

It boils down to causation versus correlation. The price of XYZ Company might rise while Mercury is in retrograde, but not because of it. That’s correlation. If the price rises due to debt restructuring, that’s a direct cause and effect relationship: causation. Even if the outcome is poor – XYZ Company’s share price falls – what matters is that the reasoning was soundly rooted in causation factors.

This is why it’s important to do your research. Stay up to date on the latest investment strategies with Investment U! Sign up for our FREE daily e-letter below.

Healthy speculation is good for any investor. Just make sure you’re aware of your risk tolerance and not overeager to extend it. Listen to your gut, but also pay attention to technical signs. Most importantly, don’t let a good or bad speculative investment be your benchmark for all investing decisions. Learn as you go and you’ll find yourself speculating less and investing with more confidence.