What is Slippage in Trading?

Slippage is the bane of any investor’s decision to buy securities or trade currency pairs. What is slippage in trading? It’s a price discrepancy between what you think you’re paying to acquire an asset and what you’re actually paying. Slippage is something most new investors learn about the hard way, but it’s a perfectly normal part of the investment exchange. So long as the rate at which people buy and sell securities changes, slippage is bound to occur.

Here’s a look at what slippage is and why it happens, as well as what you can do about it and how to protect yourself when executing market trades. 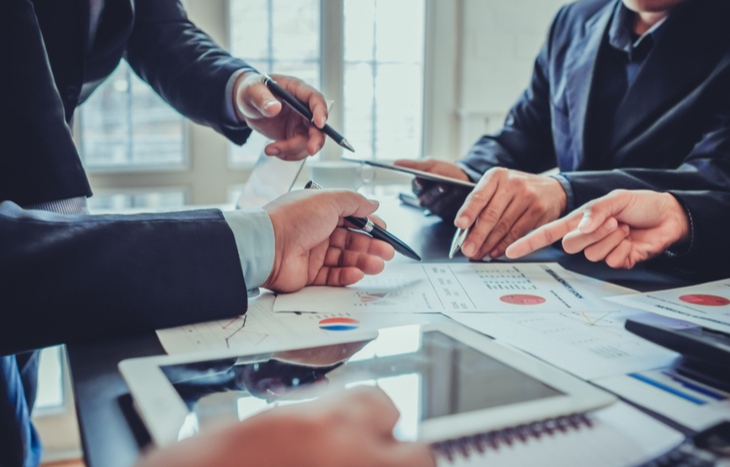 What is Slippage and Why Does it Occur?

Slippage most often happens in forex markets and on cryptocurrency exchanges, but it has the potential to occur anywhere people buy and sell securities at varying rates. Simply put, it’s a price change that occurs between the time you submit your order to a broker and the time the broker fills the order. Here’s an example:

Slippage can be positive or negative, increasing or decreasing your buying power with each market order. More often than not, however, it’s negative.

Slippage generally occurs in one of two scenarios: both caused by volatility. The first scenario is massive movement during trading hours—usually when a security hits a hard resistance level. Heavy selloff can cause prices to drop fast and by the time your market order gets filled, slippage has occurred.

The second scenario involves volume. If you’re placing a large market order, the current bid-ask spread may only support a portion of the volume before moving to the next tier, and even the one after that. For example, you might put in a market order for $100,000 at $10. If volume is very low at $10, the broker may end up filling it over an ask range of $10.01 to $10.03.

Volatility is a Key Driver of Slippage

If it wasn’t evident already, volatility is the key driver behind slippage. When there’s constant action pushing the bid-ask range higher and lower, there’s more of a chance for slippage to occur between the time someone places an order and the time it takes to fill it—even if that’s just a few seconds.

Slippage typically follows major news events that drive major sell-offs or major demand for a security. As the price rises or falls, it triggers stop-losses and limit orders, which adds to the momentum of the price. Anyone placing a market order (without a limit) opens themselves to slippage at whatever the current price is when the order executes, whether it’s trending up or down. For this reason, it’s best to avoid market orders during periods of high volatility.

Slippage Occurs in All Markets

As mentioned, slippage can happen in any market. It’s most common in forex, where global trading and numerous economic factors push and pull prices from second to second. It’s not uncommon for slippage of 0.01% to 0.05% to occur between currency pairs. In extreme cases, slippage rates can reach as high as 0.05% to 1%!

Slippage occurs less in stock markets, although it does happen. Traders typically see slippage when dealing with low-volume stocks or those undergoing a major selloff. Penny stocks tend to be the biggest offenders of slippage.

Crypto is a hotbed for slippage activity, purely because of the volatility. Slippage is so prevalent in crypto that many brokers offer slippage tolerance settings, to ensure market orders aren’t filled outside of certain thresholds.

How to Protect Against Slippage

If you’re a day trader, negative slippage is a killer. Many day traders and even swing traders make money on the incremental price changes in securities. Slippage of even a tenth of a percent eats into profits and buying power, shaving possible ROI off the top of every transaction. It’s even worse when it occurs on both ends of a position! If you experience slippage of $0.01 on the buy and another $0.01 on the sell, and you’re only trading a $0.04 swing in price, as much as half of your ROI diminishes.

To safeguard yourself against slippage, it’s critically important to get familiar with limit orders. Limit orders (and stop-limit orders) differ from pure market orders in that they won’t execute if the price exceeds a slippage threshold. If your limit order is $10.05 and the price rises to $10.06, it won’t execute; however, anything below $10.05 is fair game. This protects you against negative slippage while keeping you open to positive slippage. The same goes for exiting a position.

Slippage is an Important Factor to Consider

What is slippage in trading? Well, for starters, it’s common. As prices rise and fall in the throes of volatility, slippage tends to strike traders putting in market orders. In some cases, it can be a good thing—such as a falling rate that increases your buying power. In other cases, it’s a detractor that eats into your profits or buying power. To mitigate slippage, get familiar with limit orders and avoid market orders at times when external influencers drive major changes in supply and demand.

To stay on top of your investment knowledge, sign up for the Investment U e-letter below. You can learn more about the stock market and find unique investment opportunities in the process.