Owning hot penny stocks is like swimming in the ocean. They have big highs and lows. And sometimes they carry your money as if it’s bobbing up and down on waves in a storm.

Penny stocks are great. But a warning: They’re usually very volatile. And it’s difficult to predict when a “storm” is coming. Because of their volatility, as I’ve said in many other posts about penny stocks, you can lose your money quickly. They are highly speculative investments. Which means there is big potential for growth as well.

Nonetheless, you can learn what to look for. And it is possible to invest in good penny stock companies. And if you know how to do that, you can make some great returns on your investments.

Below, I’ve listed a few penny stocks that are hot right now. 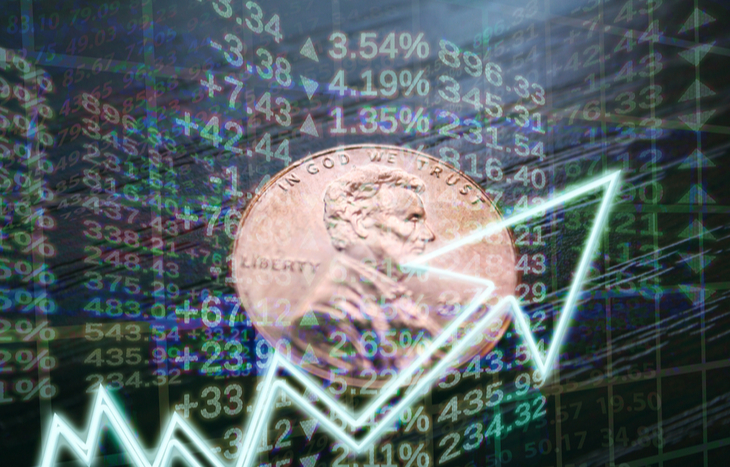 Trevi is a biopharma company that is in the clinical stage. Its aim is to have a unique treatment for chronic neurologically mediated conditions. I’m no doctor or even nurse. But I believe this is a condition that’s triggered by outside stimuli, then reflected onto the body by the nervous system or brain.

Some analysts predict a $10 price target for Trevi. That would be close to a 330% price increase from its recent price in May 2022.

The company is in a market that has few options for consumers. And it’s offering an alternative that has potential to open new market opportunities. Plus, improve patients’ quality of life.

In its recent press, Trevi has also been getting attention at two different global conferences.

Its quarterly financial report looks good, too. Revenue is up more than 73% year-over-year. It’s also got a whopping 260% increase in net income. And right there alongside it is a 192% increase in net profit margin.

Besides those wonderful pieces of good information, it’s an oil and gas company. Gas prices are rising and predicted to keep rising through 2022. And when gas and oil prices rise, the stocks associated with gas and oil will rise, too. Here are some of the top oil stocks to consider as well.

Borr Drilling is another stock that’s picking up its head from a bear’s slumber. It’s slowly turning bullish. It listed back in 2018 and has been a bear its entire life on the markets. But when looking at the one-year scope, Borr’s a bull. It appears it hit its all-time low in March 2020. Since then, it’s been picking itself back up.

Revenue is up by 14% compared to last year. And the recent growth should hopefully continue.

Analysts predict this stock will more than double in the next few months. Although, longer-term, the outlook doesn’t look as good.

Other than that, Borr is a drilling contractor. It provides drilling services to other oil and gas companies. As we talked about with Baytex, oil and gas prices are rising. And with them, come the accompanying stock prices. So this as long as gas and oil keep going up, Borr’s should benefit. This makes it one of the hot penny stocks to buy.

Bitfarms is one of the largest crypto mining operations in North America. It uses hydroelectricity, and mines roughly 10 bitcoin a day. Here are some of the top ocean power stocks to consider as well.

It listed stock back in 2019, and in December of 2020, things really took off. Before that, it was trading around $0.50. Now, it’s trading around $2.70. And it doesn’t look like it will be stopping anytime soon. As one of the best hot penny stocks to buy, Bitfarms gets a lot of buy ratings from analysts.

Bitfarm’s quarterly revenue is up by more than 400% year-over-year. It continues to climb and if this growth continues, investors should see higher share prices.

Alpha has only been on the OTC markets for a short time. It listed back in mid-June of 2021. So far, things have been bearish. But I checked out its website, what it has to offer and recent news. I have a feeling that this hot penny stock could head higher very soon.

Alpha focuses on esports. Esports is a growing industry where video games are played competitively. Sometimes, there are even spectators.

Alpha is also heavily involved in blockchain, ecommerce and mobile gaming. It’s even announced its entry into adult gaming and casinos.

Farmmi grows and sells mushrooms! Not the psychedelic type. Although, here are some of the best psychedelic stocks to buy. The mushrooms Farmmi sells are edible and won’t make you see things. It offers shrooms that include wood ear, shitake, bamboo fungi, hen of the woods (a local delight that grows wild where I live) and lion’s mane.

Farmmi is a Chinese company that sells products in China and in other countries.

It has a small market cap at $56 million. This is a risky penny stock and there are mixed reports on whether to buy or stay away. So, make sure to do your homework on this one.

Vinco Ventures has been going up a lot in recent months. In one spike, it shot up by over 330%. Unfortunately, it’s quarterly financials look terrible. Although, this might turn around. This company offers sourcing, design, sales, fulfillment and shipping services.

I’m not going to say much else about Vinco except that it has very mixed reviews. Its financials are of major concern to both outside and inside investors.

These penny stocks aren’t perfect. But several of them are hot right now. And if you do some solid due diligence, you’re sure to find some great ones to invest in that will give you great returns.