A 23andMe IPO is coming soon. The company recently announced a deal that will bring 23andMe stock to market. And investors are interested in what it has to offer.

But is 23andMe a good investment? Here’s what we know… 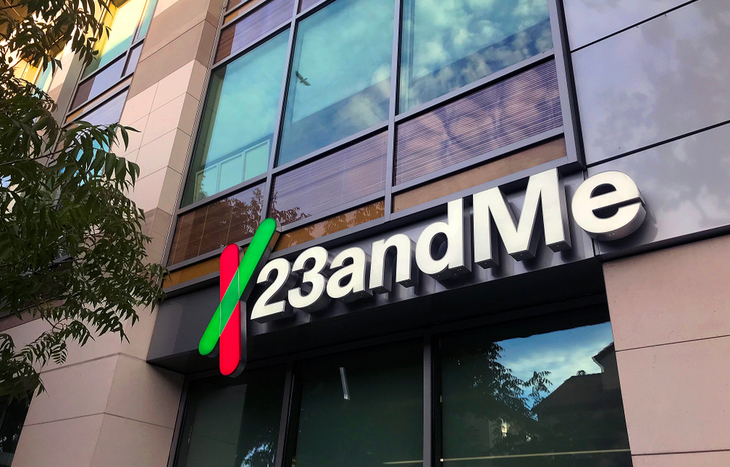 CEO Anne Wojcicki co-founded 23andMe in 2006. The company originally started with a direct-to-consumer testing kit so people could find potential health risks in their DNA. However, the FDA ruled it needed regulatory approval. As a result, 23andMe started providing ancestry tests.

On its website, 23andMe says people “should be able to access, understand and benefit from the endlessly interesting and diverse things your genetics can tell you.” Its tests give information about health risks, ancestry and genetic traits. The company claims it’s the only consumer genetic-testing company with multiple FDA clearances, including more than 55 health reports.

Consumers also have the option to participate in genetic research. 23andMe says about 80% of consumers choose to participate. This information lets 23andMe analyze genetic information to help discover new treatments.

The company announced the 23andMe IPO on February 4, 2021. But why is 23andMe stock coming now?

Why 23andMe Stock Is Coming Now

There are a couple of reasons other than a solid IPO market. The first one is funding. The company recently raised some funds but could use even more. The other is the newest offering 23andMe just launched.

23andMe, like many companies, struggled in 2020. And in the beginning of the year, it laid off about 14% of its global workforce. So, in October, 23andMe held its latest funding round. The company raised about $82.5 million, bringing its total funding raised to $869 million. That gave 23andMe a valuation of $2.5 billion. This is the same valuation 23andMe had in 2018, when it raised $300 million from pharma giant GlaxoSmithKline (NYSE: GSK). GSK also has a partnership with 23andMe. In the company’s investor presentation, GSK Chief Scientific Officer Dr. Hal Barron stated…

“Our work with 23andMe is exceeding expectations and helping us advance a new way of thinking about drug discovery, one driven by genetics and the DNA we inherit. The insights of why some people are protected from or at greater risk for certain diseases can lead to genetically validated targets that are at least twice as successful in clinical trials.”

On Wednesday, the day before the 23andMe IPO was announced, the company released its COVID-19 Severity Calculator tool. It uses data from a COVID-19 study started in April. It asked more than a million participants their ethnicity, lifestyle, height, weight and health conditions. The calculator’s data is based on 10,000 participants who tested positive with more than 750 being hospitalized.

The algorithm looks at the participants’ data compared with the user’s information. It then predicts the probability the user will be hospitalized if infected. Since the tool is new, information is limited.

These are two good reasons for 23andMe stock to hit the market. Not only does the company have investor support, including Sequoia Capital and Fidelity Management, but it also shows its technology can help advance medicine and therapies.

The 23andMe IPO isn’t coming via the traditional IPO process. Instead, the company will follow the SPAC IPO trend many companies chose in 2020. A special purpose acquisition company is a company with no business operations. It goes pubic to raise capital. Then, it puts that money into a trust fund until it finds a company to acquire. In this case, 23andMe is the acquiree and VG Acquisition (NYSE: VGAC) is the SPAC.

Richard Branson founded VG Acquisition. And as a co-founder of Virgin Galactic, Branson is no stranger to the SPAC process. His company was the first big SPAC deal in 2019 with Chamath Palihapitiya, kicking off the trend. Branson commented…

“Of the hundreds of companies we reviewed for our SPAC, 23andMe stands head and shoulders above the rest. As an early investor, I have seen 23andMe develop into a company with enormous growth potential. Driven by Anne’s vision to empower consumers, and with our support, I’m excited to see 23andMe make a positive difference to many more people’s lives.”

Wojcicki is excited to take her company public. In the press release, she said…

“As a fellow industry disrupter as well as an early investor in 23andMe, we are thrilled to partner with Sir Richard Branson and VG Acquisition as we approach the next phase of our business, which will create new opportunities to revolutionize personalized healthcare and medicine. We have always believed that healthcare needs to be driven by the consumer, and we have a huge opportunity to help personalize the entire experience at scale, allowing individuals to be more proactive about their health and wellness. Through a genetics-based approach, we fundamentally believe we can transform the continuum of healthcare.”

So for those interested in 23andMe stock, let’s look at the details.

The SPAC merger gives 23andMe valuation of $3.5 billion. The transaction is expected to give up to $759 million. Up to $509 million will come from VG’s IPO trust. An additional $250 million will be given via PIPE priced at a standard $10 a share. Of the PIPE, Wojcicki and Branson will each invest $25 million. The rest will come from investors such as Fidelity Management, Altimeter Capital and Foresite Capital. Current shareholders will roll 100% of equity into the new company, owing 81% post-IPO.

If you’re looking for the latest investment opportunities, consider signing up for Liberty Through Wealth. It’s a free e-letter that’s packed with investing tips and tricks. Whether you’re new or already an advanced investor, there’s something for everyone.

According to the press release, 23andMe stock will trade on the NYSE under the ticker symbol ME. Investors can expect the 23andMe IPO date in the second quarter of 2021.