The telecommunications sector has one of the highest barriers to entry, so you may think investing only in big names, like Verizon (NYSE: VZ) and AT&T (NYSE: T), would allow you to obtain a stake in 5G. But while those companies are highly successful and should be for decades to come, they don’t have nearly the growth potential of these 5G penny stocks.

It turns out that you can have your cake and eat it too. The world of 5G will allow you to take advantage of potentially high growth. 5G is still a new technology, leaving more room for new players to take hold and gain market share.

The following companies are a few of the best 5G penny stocks to buy right now.

As you may know, penny stocks have high potential growth, but they are also riskier than bigger companies. Let’s first look at whether 5G penny stocks are something worth considering as an investment. 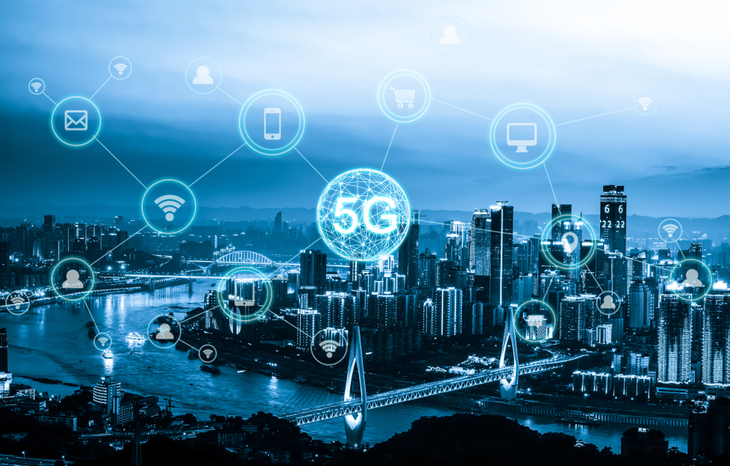 5G is poised to become the new standard for high-speed cellular data networks. Real-world speeds vary, but 5G can potentially reach speeds of up to 20 gigabits per second. Average data rates are 100 megabits per second, making 5G significantly faster than 4G. Even 4G LTE standards top out between 5 and 12 megabits per second, according to Verizon.

And we live in an increasingly data-hungry world. With the growth of platforms like TikTok and streaming seemingly everywhere, high data speeds are more important than ever. This means 5G will undoubtedly be in demand going forward.

But should you invest in 5G penny stocks? Penny stocks always come with greater risk. But they also come with the chance for greater reward. In addition, penny stocks don’t have long track records of success like your typical blue chips.

Still, 5G is inevitable, and these 5G penny stocks have a chance of success well into the future. For those who want to “get in early,” ahead of new and fast-growing technology, 5G penny stocks are a prime candidate.

Let’s take a closer look at each of the 5G stocks mentioned above and why I believe they are strong picks. Many of these stocks are cheap to buy and can allow you to own a piece of a fast-growing company…

Globalstar might be a 5G penny stock for now, but it has big aspirations. Its core business is actually satellite communications (hence the “GSAT” ticker), but it also has an interest in 5G. It has been striking up deals in this space, including a deal to deploy its 5G technology at the Port of Seattle.

Globalstar is already trading at much higher prices than it was a year ago, relatively speaking. Still, an analysis by Nasdaq reported a price target of $3.25 on the stock, which is a little over $1 higher than its current price.

And Globalstar is not a small company. Its market cap is more than $3.5 billion, and its business has been improving. It has been growing its user base while decreasing its net loss.

Next on the list is Borqs Technologies Inc. Founded in 2007, Borqs is primarily an Internet of Things company. It continues to be a multifaceted company; it recently reached an agreement with Zippie, a blockchain company. Borqs will develop autonomous payments capability for Zippie.

But Borqs is also actively involved in 5G. Borqs is a Chinese company, and in 2021, it formed JV to develop a $110 million 5G industrial park in Huzhou, China.

The company’s latest earnings report does show significant year-over-year drops in revenue and net profit margin. Still, its net income and earnings per share are improving, and the stock is cheap at a little over $1 at the moment.

Dutch multinational Veon is a telecommunications company headquartered in Amsterdam. Although Veon’s stock is trading under $0.50, it is not a small company. It has a market cap of $705 billion, and it has more than 200 million customers. It provides a number of telecommunications services, including voice, data, broadband and digital services.

So why is Veon a “Buy” among 5G penny stocks? For one, its share price has held relatively steady amid a period of high market volatility. What’s more, it has been raising significant amounts of capital to invest in its business.

It saw a slight year-over-year increase in revenue to $2 billion in Q2 2022. It also saw an increase in net income. That figure increased around 36% to $136 million.

Another Chinese company, UTStarcom is a global telecommunications infrastructure firm based in Beijing. It provides its services to communications services providers including mobile network operators and enterprises. It has been making moves as of late to increase its 5G footprint.

In particular, it will provide advanced networking services to support 5G deployment for a mobile operator in Europe. In addition, UTStarcom continues to develop its own 5G technology while striking deals with major mobile carriers. The result has been a significant increase in its share price since its low in November 2020.

Communications Systems Inc. is a U.S. broadband infrastructure company. Founded in 1969, it aims to serve both people and businesses. It works with clients both large and small to develop and deploy broadband network infrastructure.

Although this is a small cap 5G penny stock with a market cap well under $100 million, it reaches customers in more than 100 countries. Plus, its most recent earnings report shows increases in revenue, net income and net profit margin. Its share price also hit a low in November 2020 and after a short resurgence, it is currently trading close to that low again.

But what about 5G? Communications Systems’ solutions can help aid in making 5G networks more resilient. For instance, its Ecessa secure SD-WAN eliminates downtime. This can improve the reliability of a variety of mobile network types, including broadband, cable and 5G networks.

Investing in 5G Penny Stocks and Beyond

These are some of the best 5G penny stocks today. They might produce some big returns with 5G adoption in the telecommunications industry. Although, penny stocks can be risky and you might want to consider some other investing opportunities in emerging industries, such as…