What are Authorized Shares?

When companies go public, they need to determine their share structure. This starts with determining how many authorized shares the company can distribute to investors. The company works with an investment bank to solidify this number, which is then outlined as part of its articles of incorporation. It becomes the basis for share distribution once the company officially goes public.

Investors need to know how many authorized shares a company has for a few different reasons. This figure is an important variable in determining things like the company’s market capitalization, as well as the percentage of its stock that’s available as part of the float pool.

Here’s a closer look at authorized shares and how they set the basis for a company’s investment structure. 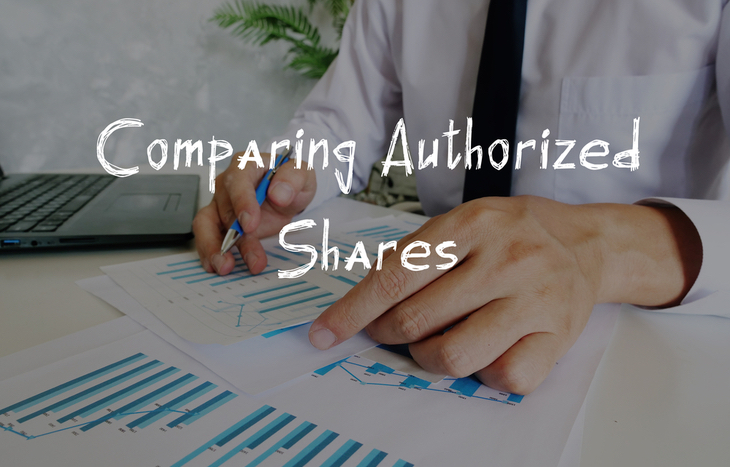 Before we dive into what authorized shares are and what they represent, it’s best to go over a quick primer of share structure. Here’s a quick look at some important terms and what they mean in the context of investment shares:

With a simple understanding of share structure, it’s easier to understand the difference between authorized and outstanding shares. These terms aren’t synonymous and, in fact, mean very different things.

The difference is subtle, yet important. A company might have 1,000,000 shares authorized, but only 200,000 shares outstanding. This distinction plays a very important role when you think about shares as ownership stakes.

It’s possible for companies to authorize more stock, but only at the behest of shareholders. The company board needs to propose authorization of additional shares and receive a passing vote from shareholders. There are pros and cons to this action:

Often, authorizing more shares tends to receive criticism by stock market analysts and existing shareholders. Instead, many companies choose to reserve part of their initial authorized shares, releasing them later when they need capital. In this situation, share dilution isn’t an issue because the shares already existed—they just weren’t accessible. For example:

ABC Company has 1,000,000 authorized shares, but only 200,000 outstanding. The company needs to raise money for an international expansion. It decides to release another 50,000 shares into the market, to attract new investors and capitalize on an influx of new investment cash.

Whether authorizing new shares or releasing reserved shares, companies need to be cognizant of the ratio between outstanding shares vs. authorized shares. The closer the ratio is to 1, the higher the potential for activist investors or even competitors to buy a substantial stake in the company.

How Many Shares Can a Company Authorize?

There’s really no limit to the number of stock a company can authorize in its corporate charter. That said, companies need to keep in mind the per-share value and the number of shares they plan to make outstanding.

For example, Amazon (NASDAQ: AMZN) has a corporate charter that allows it to authorize up to five billion shares of common stock. As of December 2021, the company has 507.15 million outstanding shares, with approximately 439.33 million in the float pool. In this instance, Amazon has thought far ahead in terms of its share structure and wants the ability to release more shares as-needed, instead of authorizing more.

As a shareholder, your shares are among the authorized shares. It’s a measure of your ownership stake against the total sum authorized equity of the company. It’s an important sentiment, even if it represents just a millionth of a percent.