What is a Bear Put Spread?

Feeling bearish about a certain stock? If you’re not keen on outright shorting it, you can always dabble in options. Or more specifically, puts. And, if you’re familiar enough with vertical options, you can always stack puts to hedge against an unexpected upturn in the stock’s price. It’s a strategy called a bear put spread, and it’s one many bearish traders deploy to great profit every day.

The beauty of a bear put spread is that it maximizes profit and minimizes losses based on a stock’s declining price. While other investors lose money on stumbling share prices, bearish options traders capitalize. It’s a form of speculation, yet one that’s backed by logical safeguards. It’s a way to short the market without actually shorting it.

Here’s a closer look at bear put spreads: how they work, how to set them up and the benefits of using them to make money in a down-trending market. 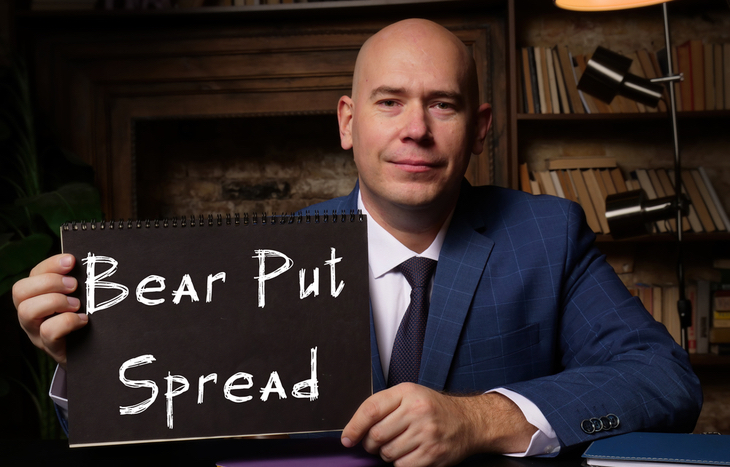 An Introduction to Vertical Spreads

Before we can really dive into bear put spreads, we need to first look at the concept of vertical option spreads. This strategy involves buying and selling options on the same security, with the same expiration date, as a hedge against undesirable outcomes. For example:

How a Bear Put Spread Works

As a bearish vertical spread strategy, a bear put spread capitalizes on a falling stock price. This strategy is also called a bear put debit spread, because the setup results in a net outflow of cash: options purchased exceed options written.

To facilitate a bear put spread, a trader purchases a long put option, while simultaneously selling a short put at a lower strike price. In this scenario, the trader profits on the short put option because they’re betting on price decline; however, they’re also protected against better-than-expected stock performance by the long put. Here’s an example:

The benefit of this strategy is immediately evident. By stacking puts, you limit risk to exactly what you pay for the setup. No matter how high the stock price may climb, you can’t ever lose more than your setup cost. The further it drops, however, the higher your profit.

Did you know that bear call spreads are another common bearish options stack that traders can use to limit their risk? In this strategy, you’d replace puts with calls and reverse the stack to ensure you profit. It’s a net credit spread, since the trader takes in more money writing calls than they spend buying them. Because of this, bear call spreads collect their maximum profit upfront, while bear put spreads identify the maximum profit upfront, but don’t realize it until expiration. In this way, bear put spreads require the stock price to drop to ensure payout.

When to Use a Bear Put Spread

Bear put spreads are “modestly bearish” strategies. They’re best-used when traders believe a stock’s price will decline in the short-term. If you’re certain a stock’s value will tumble but don’t have the risk tolerance to short it, a bear put spread is a great strategy.

And, of course, options spreads are also smart hedging strategies in and of themselves. Traders who own the underlying stock may choose to establish a bear put spread if they believe the stock price will drop in the near-term, as a way to capitalize without exiting their position.

Be Mindful of Bearish Options

While a bear put spread is a relatively safe and calculated risk, options trading is still a risk nonetheless. Betting on poor market performance demands safeguards. And there’s no telling when the price might break out in an uptrend. Make sure you’re stacking puts at appropriate levels to ensure bearish behavior is profitable, and to safeguard against bullish activity.

In summary, bear put spreads are great for experienced options traders who want to bet on poor performance, without leaving themselves open to the dangers of shorting the market.