Few companies command an audience during earnings season like Berkshire Hathaway (NYSE: BRK.A) does. Even investors with no stake in the company tune in to see how the Oracle of Omaha’s enterprise fared during the last year. And to glean insights from Buffett’s annual shareholder letter. This year was no different. And, as per usual, Berkshire Hathaway earnings didn’t disappoint.

Here’s a rundown of how the company performed in 2021. Also, key takeaways from Warren Buffett’s annual letter to shareholders and what the future holds for the company and its many subsidiaries. 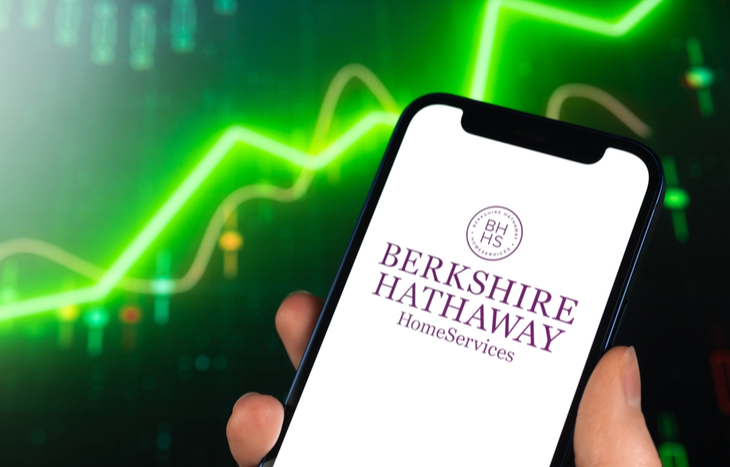 Berkshire Hathaway handily beat all analyst expectations for the Fourth Quarter of 2021. And, by comparison, saw one of its best-ever years.

Against anticipated revenues of $84.8 billion, the company saw just shy of $113 billion coming through the doors. This translated to operating earnings of $7.3 billion. Beating analyst expectations of $6.3 billion. BRK.A’s total earnings per share was up $26,690 in Q4. Outperforming the anticipated $18,444.99 figure laid out earlier in the year. All in all, Berkshire Hathaway exceeded analyst expectations by a wide margin.

The “Four Giants” of BRK.A

The above-average performance of Berkshire Hathaway earnings is a direct representation of its portfolio allocation. In total, the conglomerate has a controlling interest in some 70 companies. As well as nearly $350 billion in investments across more than 40 companies. Yet, across these 100+ revenue streams, Buffett highlighted the “four giants” that powered business in 202:

Just how big are the “four giants” in Berkshire’s portfolio? All four accounted for $15.0 billion of Berkshire Hathaway earnings in 2021. The combined earnings of all other operating subsidiaries was just $11.1 billion over the same period.

The Oracle of Omaha Sees Nothing Cheap Enough to Buy

As Berkshire Hathaway closes out the year, it does so with $146.72 billion in cash on the balance sheet. Often referred to as “Buffett’s elephant gun,” this stash of liquid capital has grown significantly over the past years. The reason? As Buffett explained in his letter to shareholders, there simply aren’t any reasonably priced acquisitions visible on the market right now.

Heading into 2022, the company has decided to sit on its capital a while longer. Instead, Buffett reiterated Berkshire’s plan to focus on earnings of controlled businesses. As well as expand non-controlling interests in excellent businesses and focus on share buybacks.

The discipline to wait for better deals is a hallmark of Buffett and Berkshire Hathaway earnings as a whole. This is especially true in light of recent portfolio trimming in 2022. As “affordability” becomes elusive in the market, Buffett is content to hold cash until it returns.

Berkshire Hathaway actually amassed some $149.2 billion in cash as of Q3 of 2021. However, Buffett earmarked approximately $6.9 billion of it for share repurchases in Q4. It’s a continuation of an ongoing trend in share buybacks by the company as Buffett continues to find little in the way of viable investments elsewhere. Throughout 2021, the company completed roughly $27 billion in share repurchases. And deploying cash to acquire its own stock as opposed to external investments.

Buffett explains the surge in share repurchases through the lens of returning value to shareholders. In his annual letter, the savvy investor wrote, “through this simple act, we increase your share of the many controlled and non-controlled businesses Berkshire owns. When the price/value equation is right, this path is the easiest and most certain way for us to increase your wealth.”

After strong financial returns in 2021, Berkshire Hathaway demonstrated once again that it’s run by history’s greatest value investor. Between the “four giants” that account for more than half of its earnings, to its decision to repurchase shares and bolster stakeholder value, Berkshire remains the epitome of market stalwarts.

Berkshire Hathaway earnings for the Fourth Quarter and for the 2021 fiscal year illustrate that even in markets driven to all-time highs, there are still opportunities for value investors. You just need to know where to look for value, and be patient enough to wait for it.