Are you looking to advance in your financial or business career? If so, further education is a surefire way to increase your credibility in the job market. With an MBA program, you will learn transferable skills that can directly influence your professional growth. Below, learn more about the best business schools in America today and find the best program that fits your specific needs.

Overall, what are the best business schools in 2023? According to the annual U.S. News & World Report rankings, the most prestigious MBAs can be found at the University of Pennsylvania, University of Chicago, Northwestern University, Stanford University, Harvard University and Massachusetts Institute of Technology.

U.S. News & World Report utilizes a variety of factors when determining the best MBA programs in the country. The components that make up a great business school include:

For the past three years, Harvard has held the top spot as the United States’ premier business school. However, the Crimson were dethroned in 2019 by one of the most reputable universities in the world with twice the acceptance rate, according to CNBC. 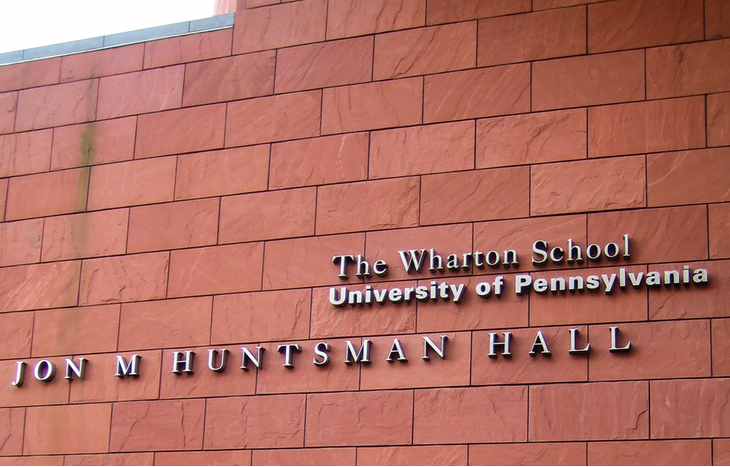 1. The Wharton School of the University of Pennsylvania (Tie)

The University of Pennsylvania’s Wharton School rose to the top for the first time in its history in 2019 and it has stayed there. Here’s why:

By graduation nearly 9o% of the graduates are employed, while most of the starting salaries range from $135,000 to $165,000. Moreover, the acceptance rate is a staggering 21%. This compares with Harvard’s acceptance rate of 10.4%. With an overall score of 100 according to U.S. News & World Report, Penn’s Wharton School is still proving to have the best MBA program in the country.

The University of Chicago Booth School of Business is the leading MBA program in the Midwest. It also finally pulled alongside Penn to take joint ownership of the top spot.

Its acceptance rate is about 22.3% and the average undergraduate GPA is 3.54. As you can see, it’s one of the more accepting programs near the top of the list. It’s also one of the less expensive MBA’s with tuition and fees at $74,919.

Its most impressive statistic is its employment rate three months after graduation at 95.5%. This is by far the best on the list.

Northwestern University’s Kellogg School of Business is establishing itself as one of the top programs in the country. It already has the best executive MBA program.

It has a strong average starting salary of $143,963 for its graduates. With an acceptance rate around 21%, it’s also a relatively accepting program. Although, the average undergraduate GPA is 3.7, which is a little more selective than some of the other schools on this list.

However, perhaps its most exciting attribute is all of the opportunities for students. They have access to over a dozen research centers and lots of student organizations to join.

There is always a lot of talk about Harvard, but Stanford University outranked it on the U.S. News list for 2023. The Stanford Graduate School of Business has the second-best average starting salary for alumni at $161,831. It also has some of the cheapest tuition and fees at $74,760.

The average undergraduate GPA is 3.78, so Stanford Graduate School of Business is a bit more selective in the students it admits. The next highest is Harvard at 3.71, while Penn’s Wharton School has an average undergrad GPA of 3.6.

The Stanford Graduate School of Business has the best MBA program on the West Coast, but it’s extremely difficult to gain acceptance. The school currently only accepts about 6% of applicants. 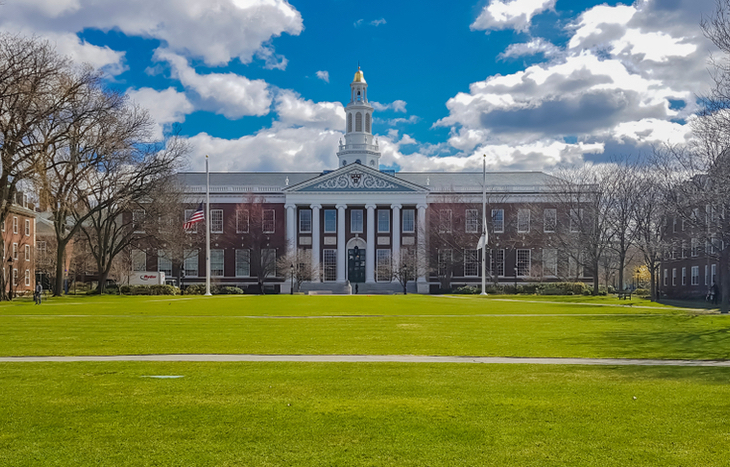 After many years at the top, Harvard University’s business school dropped a few places into a tie for fifth in 2023. The average starting salary for its graduates is comparatively strong at $153,156.

On the other hand, Harvard does have one of the highest number of full-time students on the list at 1,873. This may play a role in its employment rate three months after graduation, which is around 89%.

It’s true that Harvard’s Business School is no longer the outright leader as the best business school in the U.S. Nevertheless, it’s still Harvard. Graduating with an MBA from Harvard is, and will always be, the gold standard for business professionals around the world.

Massachusetts Institute of Technology (MIT) has always been known for its science and engineering programs, but it’s proven to be no slouch in the business department either. The Sloan School of Management has 934 full-time students with about a 93% employment rate three months after graduation.

The average starting salary for these graduates is currently at $148,075. Furthermore, MIT has a middle-of-the-road acceptance rate in comparison to the rest of the field. The average undergraduate GPA is 3.59, but the Sloan School’s acceptance rate is only around 13%.

Outside of the top six best business school in the country, there are a few schools that are consistently rising in the rankings. For example, the University of Virginia’s Darden School of Business is gaining recognition for its return on investment.

The University of Michigan’s Ross School of Business provides one of the best MBAs you can find with an easier path to acceptance. (It has an average undergrad GPA of 3.48 and a 27.1% acceptance rate.) Other standouts include Dartmouth College, New York University, Cornell University and the University of California, Berkeley.

The Best Business Schools and Your Path to Professional Success

The job market is as competitive as ever. Therefore, finding the best business schools in the country can give you an upper hand in the future.