Restaurants, hotels, airlines and anything connected with live entertainment are in coronavirus-induced economic comas. And the oil industry is trying to emerge from a coma of its own making. Russia and Saudi Arabia just ended their oil price war.

In normal times (remember those days?), this would have been big news. High gas prices drive consumers crazy. I don’t know how many times I’ve argued with friends and family that high gas prices are a good thing. It usually means the economy is humming.

And low gas prices usually mean something has gone wrong. The last time I filled up, gas was $1.99. This was about six weeks ago – when there were still a lot of cars on the road and highway rest stops were still open for business. Clearly, something else was going on.

It’s a different story when OPEC and OPEC+ tighten quotas. It seems there’s always one or two members who balk at cutting their production levels.

Back in February, that country was Russia. Russia, a member of OPEC+, was resisting OPEC’s decision to cut production by 600,00 barrels in order to prop up prices. Russia had already agreed to a previous OPEC cut in 2019 and felt enough was enough.

So Saudi Arabia did what it’s done dozens of times. It raised its own output to drive prices down and force members to cooperate. Crude prices fell from above $70 per barrel earlier in the year to the low $20s (per barrel).

And that’s why gas prices dropped to below $2 per gallon.

On Sunday, Russia, Saudi Arabia and other oil-producing countries finally made their peace. They agreed to cut production by nearly 10 million barrels a day. It’s a massive cut. But here’s the thing…

It won’t be nearly enough.

In February, oil consumption fell by 4.2 million barrels a day, and that was considered very serious. It’s now down about 20 million barrels. And it hasn’t hit bottom yet.

It’s going to get much worse before it starts to get a little better.

And that matters. In an economy that’s hemorrhaging jobs, a collapsing oil industry is the last thing the U.S. and the world need.

OPEC and OPEC+ do more than $1.5 trillion a year in business. And that doesn’t include major oil producers Norway, Canada, Brazil and the U.S. – which is the biggest oil producer in the world. Hundreds of thousands of jobs are at stake.

Something like this happened in 2014. Saudi Arabia and its OPEC allies flooded the market with oil. Prices crashed. And hundreds of American shale producers went out of business. About 170,000 jobs were lost. This weekend’s pact avoids a similar outcome… for now.

Crude is going for $20 to $30 a barrel. With the record production cuts agreed to this weekend, prices should climb. But demand is still falling faster than supply. Prices probably won’t go higher than $40 for the foreseeable future.

That’s a far cry from oil’s halcyon days. From 2008 to 2014, prices far exceeded $100. The oil industry isn’t looking to return to those price levels. But the reality is that any price below $50 per barrel puts a ton of pressure on profits. Oil producers would love to go back to where they were just six months ago, when the price for crude was in the $60s.

That’s a pipe dream now. Before the year is out, it’s likely that OPEC will return to the negotiating table for another round of painful cuts. Oil companies will be asked to produce less at uncomfortably thin margins. It’s going to get ugly. A mass exodus of oil-producing companies will ensue, accompanied by hundreds of thousands of lost jobs.

As the health news takes a slight but welcome turn for the better, the problems facing the oil industry remind us that the business side of things remains fraught with uncertainty. A massive downsizing in dozens of industries most likely awaits us.

As investors, we can only try to limit the damage. Investors should prioritize startups that can thrive in the new economic order of a post-coronavirus global economy. 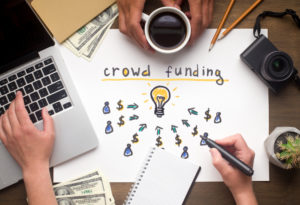