What is a Binary Option?

Binary options are a type of exotic option that, while rare in the United States, trade commonly on foreign exchanges. The premise of a binary option is simple: the investor chooses their target price and waits. When the expiration date arrives, the option is either in the money or out of the money depending on which side of the target price the current price is. There are only two outcomes: hence the name, binary.

Most investors regard these options as highly speculative investments. And, because they’re very strict options, investors need to be right on the money with their predictions, or they risk losing their entire investment. Those who come out with the money have a chance to walk away profitable, with no transaction on the underlying security.

Here’s a closer look at how binary options work outside the United States and why they’re a risky, yet popular derivative on foreign exchanges. 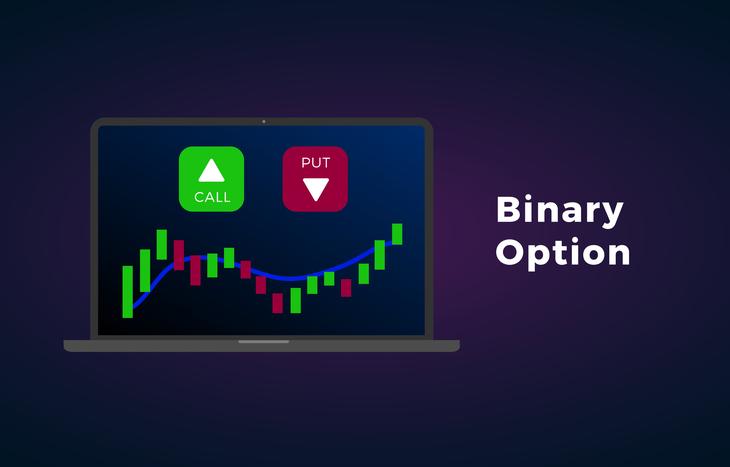 Breaking Down the Outcomes

To understand the two outcomes intrinsic to every binary option, it’s best to look at these derivatives through examples. First, let’s show an in-the-money example:

George believes that ABC Company’s stock price will reach $60 by June 1. Today, on April 1, it trades at $50. George buys a binary option with a target price of $60, with an expiration of June 1. Over the next two months, the stock price rises and closes at $62 on June 1. George’s option is in the money, and he collects the value of the contract.

In this example, the profit the investor collects equals the value of the contract (more on that below) minus the premium paid for it. The investor knows this amount ahead of time—at the point of contract purchase.

Now, let’s take a look at what happens on the flip side of a binary option, when the investor’s speculation isn’t accurate:

George buys another binary option with a target price of $70, with an expiration of August 1. Over the next two months, the stock price trades sideways and, come August 1, only trades for $65. George’s option is out of the money, and he loses the premium he paid for the contract.

Here again, the investor knows the risk of the option upfront—it’s simply the cost of the contract. If the stock price doesn’t break the exercise price threshold, it expires worthless.

How are Binary Options Priced?

The value of a binary option contract is either $0 or $100, based on whether the contract falls in or out of the money on the exercise date. The premium to purchase the contract depends on the probability it’ll fall in the money, and that price also ranges between $0 and $100.

From our example above, if ABC Company’s stock has a 60% chance of moving from $50 to $60+ in the next two months, the binary option contract might cost $60. This contract then has a $40 value. The higher the probability, the lower the value of the contract, and vice-versa.

But where does this probability and price come from? Options sellers look at different variables including the time horizon, recent price movement, trajectory and relative strength, volatility, trading volume and many other variables to determine probabilities for reaching different price points.

Calculating the Profit and Loss of a Binary Option

These options are all or nothing options, which means the closing price at expiration doesn’t matter. What matters is whether it’s in the money or out of the money. To calculate the total profit or loss of a binary option, you need to know the cost of the contract. Keep in mind that the contract either settles for $100 or $0, so the cost paid for the contract represents its risk.

Here’s what the profit or loss of a $60 contract would look like if an investor bought five contracts:

This example is largely representative of most binary options because the risk generally outweighs the reward. That said, these options equate to “free money” when they’re in the money, so this risk-weighted structure tends to attract speculative investors anyway.

Binary options seem simple on the surface, and for the most part, they are. However, there are a few quirks that investors need to be aware of when dabbling in exotic options like these:

It’s also important not to forget about currency differences for United States investors seeking binary contracts on foreign markets. These contracts usually have slim margins to begin with, and failing to factor in currency exchange costs and erase what little profit you do make! This is part of the reason binary options are less popular in the United States than elsewhere in the world.

A Coin Flip? Or Something Better?

While uncommon in the United States, there are ways to trade binary options. Namely, the Nadex Exchange. These options are available for a wide array of underlying securities, including stocks, forex and commodities. With intraday, weekly and longer options, investors can pick their risk tolerance and their potential reward. And while total losses and gains are always known and capped, it’s a situation many new investors prefer as they explore options trading.