Commodities Are Becoming a Hot Commodity

The price of this shiny metal is soaring as investors clamor to get their hands on it amid a potential shortage.

It’s just one of several commodities that are soaring this year due to the economic reawakening that’s just getting started.

Basically, consumers have a lot of disposable income and loads of pent-up demand. And with half of U.S. adults now partly or fully vaccinated, a national shopping spree is getting started. So manufacturers, construction firms and homebuilders are preparing to meet all that anticipated demand.

In addition, if a major infrastructure bill manages to make its way through Congress this year, then new transportation, water, electricity, school and other projects across the country will demand a lot of additional commodities.

But don’t take my word for it. Here’s a chart showing the price of copper this year…

Because it’s so durable and highly conductive, copper is an essential industrial and building material. And it’s even more critical to new and emerging technologies. For example, while each gas-powered car contains between 18 and 49 pounds of copper, each electric vehicle – think Tesla (Nasdaq: TSLA) – contains about 183 pounds of it.

And copper tends to rise and fall with the economy. In fact, many market watchers consider copper a great market indicator, as it has an uncanny ability to diagnose trends in interest rates and the broader market.

By the way, there are many ways to invest in copper. Here are a few of the best copper exchange-traded funds, and here are some of the copper stocks with the most growth potential. 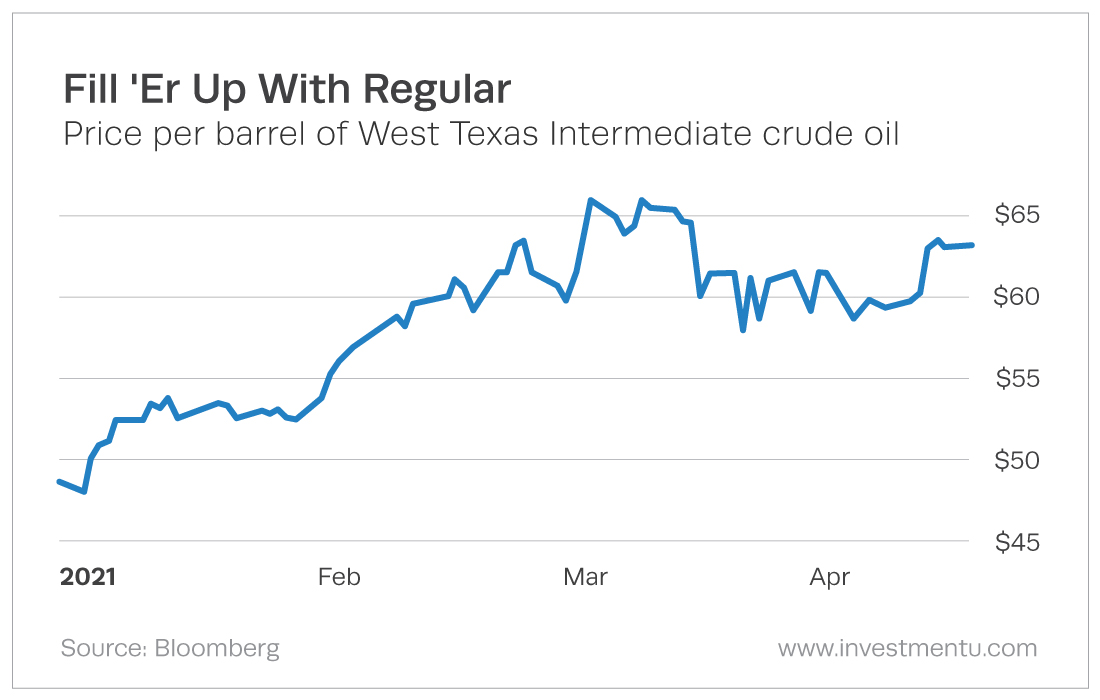 According to Gavekal Research, this year’s summer driving season in the U.S. will be “somewhere between ‘huge’ and ‘unprecedented.’” Gavekal lists four factors that will fill highways with vehicles this summer:

And with U.S. oil inventories not especially high, a surge in demand for gasoline could send the price of oil higher still this summer.

At the moment, the outlook for commodities is bright, making it one sector investors can’t afford to ignore.

Investment Opportunities Are You Ready for a Change of Leadership?