I’ve recommended Blackberry stock as an AI penny stock and a tech penny stock in previous posts. I’ve written a short paragraph on why it might be a good buy. And today, I’m diving deeper into why it still could make a good investment. Going forward, the Blackberry stock forecast looks good. Although, I’m also going to find out why it wouldn’t make a good investment. 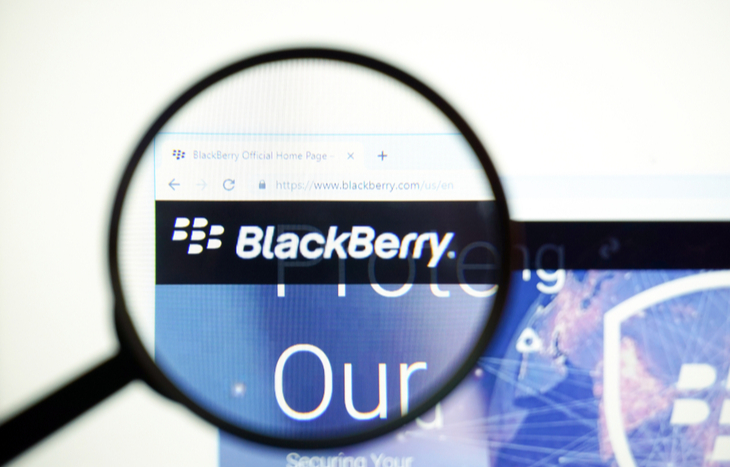 Blackberry Limited (NYSE: BB) is a Canadian company. It focuses on cybersecurity, but you might know it best for its sliding phones back in the early 2000’s. The Razrs and Crazrs.

It’s been working hard since then. Now, it’s working in cybersecurity, critical event management and the internet of things (IoT). Here are some of the larger IoT stocks to watch.

Blackberry use its artificial intelligence with machine learning to produce its own cyber security. It prevents and responds to situations.

Blackberry reaches many industries. Some of those are financial, government, healthcare, education, transportation, utilities and manufacturing.

It’s partnered up with many companies, including Amazon and Azure.

In 2008, during The Great Recession, the stock soared up to $144.56. This happened because the company had a record quarter in revenue. It reported $3.46 billion for that quarter.

And this happened because there was a market downturn. When downturns come around, people tend to stop buying expensive trips and large purchases. Instead, they’ll often buy smaller things, like electronics.

More recently, it’s seems it’s picking up speed again. That $14.18 happened June 11, 2021. On the 5-year view of Blackberry’s stock, the most recent spikes around June are also the biggest for that period. They happened in January and June of 2021.

I suspect this spike in volume was because investors were expecting the recession. They saw what happened in the ‘08 recession, and thought it would be a good idea to buy in. The problem is it isn’t primarily in the small electronics business anymore.

Now, its focus is on software and security. With this Blackberry stock forecast, I don’t believe it will behave the same as it did in 2008. Because now, it’s focused on a different industry than it was back then.

Software and security will still be growing and in high demand, though.

Back to trading volume, there was another spike i after the one in January. After returning to normal volume, June 2021 spiked to 2.14 billion shares traded.

I assume this spike is because Blackberry reported its QNX software embedded in over 195 million vehicles. Also in June, Frost & Sullivan named “Blackberry IVY an industrial leading edge-to-cloud software platform for automakers and smart cities.”

And in that same month, Blackberry released its first quarter earnings. But revenues were down. This is an important consideration for a Blackberry stock forecast.

Blackberry passes five out of six of the analysis checks on the stock report at Simply Wall St.

It reports Blackberry as unprofitable, but having enough cash for more than three years. That’s if it maintains its current cash flow system. Cash flow for Blackberry is positive, but it is shrinking over the year.

The huge rise in Blackberry happened at the heart of the Great Recession. This time around, with COVID, it’s peaked a few times, but nothing like what happened in 2008. Revenue dropped recently in the beginning quarter of 2021.

But that does not mean the stock won’t produce great returns. Stocks are going up and down all the time. Focusing on the short term moves without thinking long term moves too? Not wise.

Even though in June, Blackberry reported a drop in revenues, trading volume was still high.

It’s hard to say what will happen in the short term. The stock could go either way.

But, there’s lots of need for better cybersecurity. And that industry is going to get bigger. The IoT is also catching on, and now Blackberry’s auto software is gaining momentum.

Things are going well for Blackberry. COVID is letting up and almost past. Businesses are getting back to work and growing rapidly. Plus, the barriers that COVID put on many companies forced them to do business remotely. That also created a need for higher quality security.

But Blackberry is also in major debt, and only have enough cash flow to finance three years of operations.

Blackberry could go either way. But, it’s probable its new success with its auto partnerships and the IoT will bring it up.

Blackberry is a stock worth considering. The leadership seems to be good and may be more focused on long-term success. It may not have incredible spikes like we saw in 2008, but with this Blackberry stock forecast, I predict it’s going upward. Personally, I’m optimistic about the company and where it’s headed.

If you’re looking for even better investing opportunities, sign up for Liberty Through Wealth. It’s a free e-letter that’s packed with tips and tricks. You’ll hear directly from bestselling author and investment expert Alexander Green. He’s also worked as an investment advisor, research analyst and portfolio manager on Wall Street for 16 years.