Will there be a Blue Origin IPO? Unlike Elon Musk, Jeff Bezos hasn’t confirmed that investors will see his space company’s stock anytime soon. But that doesn’t mean the option is off the table.

If Blue Origin goes public, investors need to be ready. So here’s everything you need to know…

Blue Origin IPO: What Is It? 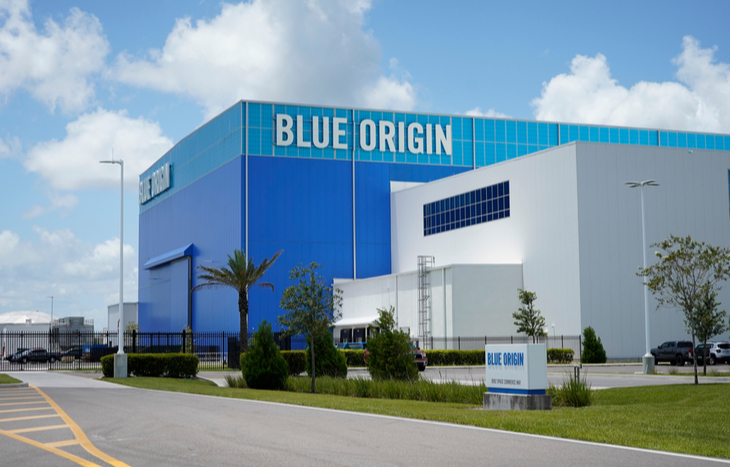 Bezos’ goal is to enable people to live and work in space in order to preserve Earth. The company aims to expand, explore, and find new energies and resources to move industries into space. Blue Origin is developing partially and fully reusable launch vehicles.

The company recently started taking bids for its first commercial seat with its first astronaut crew. And that’s why investors are looking for a Blue Origin IPO. Let’s look at some key information about the company’s progress.

Every year, Bezos spends $1 billion on Blue Origin. And he plans to continue spending at that pace. He funds this mostly by selling shares of Amazon stock. And since he’s the world’s richest man, his personal funding likely won’t stop any time soon. Here’s what Blue Origin is up to…

Blue Origin is in contract with NASA for its Human Landing System (HLS) Artemis program. NASA announced on April 30, 2020, that Blue Origins, Dynetics and SpaceX were all chosen to lead teams for a 10-month study. It had a combined value of $967 million.

The biggest award went to Blue Origin, which got $579 million. Its team includes Draper, Lockheed Martin (NYSE: LMT) and Northrop Grumman (NYSE: NOC). Together, the companies are working to return man to the moon by 2024.

NASA’s Artemis program will be the next major milestone in the history of human space flight, and we’re honored to be a part of it. Our National Team brings unparalleled heritage, passion and innovation that will enable Americans to return to the lunar surface and inspire another generation. It’s time to go back to the Moon, this time to stay.

On August 20, 2020, Blue Origin announced that it had delivered an engineering mockup of a crew lander vehicle. It would be capable of taking American astronauts to the moon. In September, it completed its system requirements review for the HLS. And Blue Origin submitted its moon proposal in December. It would land the first woman and next man on the moon.

At the end of 2020, Blue Origin was picked by NASA to be part of its services catalog. This fueled Blue Origin stock rumors. The contract awarded is for launching planetary, exploration, scientific and Earth-observation satellites for the agency aboard New Glenn. It also lets the company compete for missions through Launch Service Task Orders issued by NASA.

New Glenn is named after astronaut John Glenn. The vehicle is capable of transporting people and cargo. It has a reusable first-stage build for 25 missions. Blue Origin claims this makes it competitive for a number of launch markets.

Additionally, New Glenn has twice as much room for payloads as other existing launch vehicles. It can launch more than 13 metric tons. For low Earth orbit, that goes up to 45 metric tons. It’s also able to launch and land in 95% of weather conditions, according to the Blue Origin website.

In a big milestone for Blue Origin – and a good sign for a Blue Origin IPO – the company recently opened bidding for a seat with its first astronaut crew. The flight will take place on July 20, 2021.

The money from the winning bid will be donated to Blue Origin’s foundation, Club for the Future. The Club aims to inspire future generations to pursue STEM careers and be part of the space frontier.

The crew will fly on Blue Origins’ New Shepard. The vehicle is named after Alan Shepard, an American astronaut. In 1961, he became the second man and first American to go to space. Ten years later, he walked on the moon.

New Shepard is a reusable suborbital rocket system. It was designed to take astronauts and research payloads into space. The flight is 11 minutes long. It can take up to six astronauts and is fully autonomous, with no need for pilots. New Shepard has been in testing in 2012 to ensure safety.

It’s a big step toward Blue Origin stock. But can the company compete with its biggest rival?

Space stocks are becoming increasingly popular as the race to space continues. So it’s no surprise investors are looking for a Blue Origin IPO. Former President Trump initiated the Artemis program to return astronauts to the moon. He also started the path to Space Force, a sixth branch of the armed services.

Analysts weren’t sure if these programs would stick with the new administration under President Biden. But it appears Trump’s space programs were two things Biden could get behind. The White House announced it will continue to support these efforts. And the global space industry is estimated to be worth $1 trillion by 2040.

Blue Origin is lagging behind its rival. SpaceX already completed a successful launch, taking astronauts to the International Space Station (ISS) in 2020. And it’s also been using its reusable rockets to carry payloads to the ISS.

Bezos’ company is working with Amazon to develop Project Kuiper, a constellation of satellites to bring the internet to remote locations around the world. Sound familiar? That’s because SpaceX is well underway to accomplishing this with its subsidiary, Starlink. In fact, investors could get a Starlink IPO before a Blue Origin IPO, as the project has already launched more than 1,300 satellites and is taking orders and pre-orders for its service.

It’s hard for investors to not compare the two companies. They have many of the same goals – but different approaches. However, Blue Origin’s slow and steady approach could keep it behind its competitors, which also include Boeing (NYSE: BA) and Virgin Galactic (NYSE: SPCE).

So will investors see Blue Origin stock any time soon?

When to Expect a Blue Origin IPO

Bezos hasn’t announced any plans to take Blue Origin public. Elon Musk, on the other hand, tweeted that a Starlink IPO will come in the future. But Musk doesn’t plan to take SpaceX public. So it wouldn’t surprise investors if Bezos didn’t offer Blue Origin stock to the public.

However, analysts are hoping that with the successful launch of an astronaut crew, Blue Origin will be better positioned to announce a Blue Origin IPO in the next couple years. That means the idea of Blue Origin stock is still possible. But until we hear it from Bezos himself, Blue Origin stock rumors are just that – rumors.

Are you looking for the latest investment opportunities? Sign up for our free Profit Trends e-letter! It’s full of useful tips and research from our investing experts. And if IPO investing interests you, check out our Top Recent IPOs and IPO Calendar to stay up to date on the latest offerings of today. And make sure to come back for more updates on Blue Origin stock.