Spread trading is a common tactic when dealing with options, and there are many spread strategies designed to pursue profit while mitigating risk. At the nexus of these strategies is the box spread.

A box spread is delta neutral and isn’t particularly bearish or bullish. It is, however, a guaranteed position that locks in profits regardless of which way the stock price moves. If this sounds too good to be true, that’s because it is. As we’ll discuss below, box spreads offer the slimmest of profits. This options spread isn’t designed to be a money-making one. Rather, it’s a cash management strategy that capitalizes on underpriced options spreads relative to their expiration values.

A box spread gets its name from how it appears in options chains. When you buy corresponding call and put spreads, they’ll form a box on the screen. Here’s a deeper dive into box spreads: how they work, how to set them up and when they’re applicable. 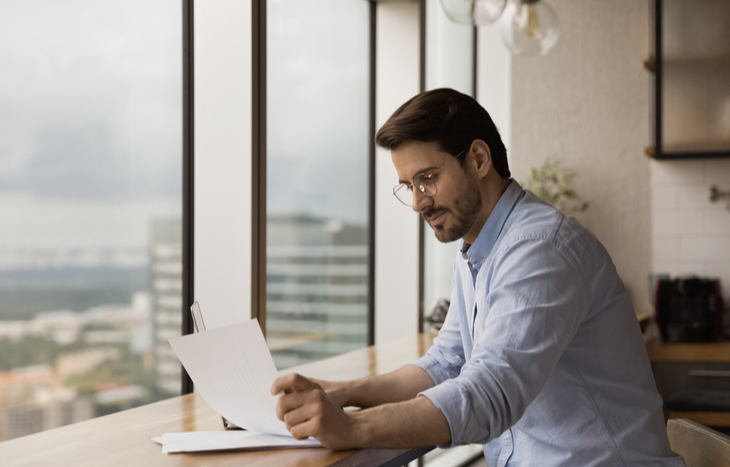 A delta neutral strategy is one that uses multiple positions to balance positive and negative outcomes. Delta neutral positions are defensive investment strategies, aimed at mitigating volatility. They’re designed to keep the net result as close to zero as possible over a certain range. In the case of a box spread, this range is whatever the duration the options last for.

Setting up a box spread simply involves buying two vertical spreads: a bull call and its corresponding bear put. The bull spread covers if the share price of the underlying asset closes above the strike price, while the bear spread covers if it closes lower than the strike price. In buying both offsetting spreads, the trader guarantees a delta neutral outcome.

Can You Profit From a Box Spread?

As a type of arbitrage, a box spread is a guaranteed position. It will pay a profit: the difference in the strike prices at expiration. For example, you might buy a $100/$105 vertical call spread, as well as its corresponding $100/$105 vertical put spread. You’re guaranteed a $5 profit. However, that doesn’t mean you, the investor will net that profit. Remember, this is a delta neutral strategy.

Investors need to consider their setup costs. The cost of a box spread is equivalent to the setup cost of both the individual bull spread and the corresponding bear spread. Right off the bat, this results in a debit. This debt will offset the profits generated by the spread. You’re effectively paying a sum to set up the box that’s equivalent to its maximum earning potential.

On top of this, many brokers charge options fees, which further eat into the profit. Investors need to factor in commissions, to ensure they don’t end up taking out a box spread that’s guaranteed to be a losing position! Even carefully orchestrated, most retail traders will come away from a box spread profiting pennies, if at all.

What’s the Purpose of a Box Spread?

If retail investors struggle to earn a profit from a box spread, what’s the point of setting one up? Box spreads are actually a tool deployed by market makers. It has to do with the bid-ask spread of the options positions.

Market makers will buy the bid and sell the ask, while retail investors do the opposite. This allows them to arbitrage favorable interest rates through the box spread. Box spreads effectively behave like Treasury Bills or zero-coupon bonds in that they mature into their value, which allows market makers to capitalize. Even still, the difference is nominal to the point where these spreads aren’t really profitable. Instead, they’re used to borrow or lend cash at favorable interest rates within the market.

The real value of box spreads for retail investors is to help pinpoint where they can buy and sell options spreads profitably within an options chain. Looking at bid-ask rates for different options allows retail investors to see opportunities where market maker margins are higher, and capitalize on buying or selling put or call spreads.

Box spreads come in both short and long varieties, although the long box is a far more common strategy because it offers better opportunities for arbitrage. The further out from expiration the spread is, the larger the bid-ask spread. This is where retail traders will find slim margins.

Short boxes are less common. They involve selling deep in-the-money calls and puts, while simultaneously buying offsetting out-of-the-money options. This strategy is only effective if the box trades higher than the distance between the two strike prices.

Long boxes are the epitome of a safe bet; however, short boxes are prone to early assignment risk. Because short boxes involve selling deeper options, there’s a risk that the buyer will exercise those options early (American options). In such a case, the box falls apart unless the trader is able to come up with the shares to cover. In 2019, one famous case of a short box gone wrong saw an unlucky trader lose 2,000% (~$58,000) in one fell swoop!

While most retail traders won’t use box spreads to any lucrative ends, they’re nevertheless an important spread trading strategy for market makers. Understanding how market makers use these spreads invites opportunities for other forms of spread trading, allowing traders to identify underpriced options. They’re a great way to get familiar with spread trading and understanding options chains.