Pay attention… and you just may make a buck or two.

Ignore the past… and, well, keep reading.

You’re about to see one of Liberty’s greatest enemies at work.

The first time the United States officially went off the gold standard was during the Civil War. With a nation divided and much of its money behind enemy lines, Washington needed a fresh way to fund its fight.

There wasn’t enough gold (real money) to get the job done, so it made its own fake money.

Dubbed “greenbacks” (yes, that’s where the modern term comes from), Congress gave the nod to print more than $450 million worth of cash. It was a huge amount… worth more than 20 times the amount of gold in circulation at the time.

It was the start of trouble – like a crack addict’s first good high.

History shows that anytime a nation has two competing forms of money (in this case gold and greenbacks), the markets will turn perverse and corrupt.

Unless the two are tied together… somebody is going to take advantage of the situation.

In the days following the Civil War, that person was Jay Gould, a railroad pioneer and ruthless financier.

Gould rightly figured with so much fake money falling off Washington’s printers and with so little gold to go around that he and his pals could corner the gold market.

He came up with a plan that would make any modern swamp dweller bristle with pride. It involved lovers… bureaucrats… war generals… and even the president himself.

Folks were bribed. They were lied to. And others were just plain bamboozled.

But their scheme worked.

At one point, Gould and his partner owned a combined $60 million in gold – three times the public supply.

They were rich… until they weren’t.

When President Grant learned he was duped by Gould and his cronies, he ordered his government to flood the market with gold and send prices plummeting.

What’s now dubbed “Black Friday” was one of the most painful days in the nation’s economic history.

Gold fell by more than 15%… stocks plunged by 20%… and farmers saw the value of their harvests instantly slashed in half.

It was all from of a couple greedy men taking advantage of a greedy government and its paper money.

But the story doesn’t end there.

Folks are still taking advantage of Washington’s lust for printing money… and they’re still using the gold market to their full advantage.

Take the recent news from Russia.

It added some 145 tons or more of gold to its reserves last year. As Putin continues to make good on his vow to destroy the notion that the U.S. dollar is the world’s infallible reserve currency, he’s led his country as it has more than quadrupled its gold holdings in less than a decade.

It makes good sense… at least for America’s enemies.

It seems our greatest weapon these days is economic sanctions. If Washington doesn’t like what a country is doing, it cuts off its ties to our currency and our banks.

It’s a powerful tool… until our enemies have enough real money to push our fake money aside.

It’s like we said at the top. Anytime two currencies are in play… one eventually gets destroyed.

Couple the news from Russia with the idea that China bought more than 106 tons last year, and we can see how this trend plays out.

Replace the names and faces of Gould and his pals with the leaders of America’s economic enemies… toss in a healthy dose of swamp dweller greed… and we’ve got a simple, just-stir-it recipe for trouble.

But here’s the kicker… the question nobody wants to answer.

What will the Fed do when it’s printed all the money it can and the markets want no more?

Experts, like Harvard’s Martin Feldstein, say to prepare for a “long, deep downturn.”

But we say to prepare for something else… Ride the wave of easy money as long as you can (it’s surging these days), but get ready for the death of America’s most prominent asset.

If history truly does rhyme, the poem we’re about to hear won’t be pretty.

Gould may soon get the last laugh. 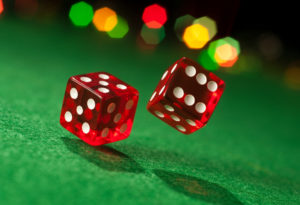