I grew up relatively poor, the second of eight children. My father earned $12,000 a year as a college professor. As a teenager, I was ashamed of our small house, my hand-me-down clothes, and my peanut butter and jelly sandwiches.

I dreamed, literally dreamed, of living like a rich man.

And so, when I got my first job at age 9 as a paperboy – and another at 12 as a lackey at the local car wash – I spent my money on luxuries, like a pair of brand-new Thom McAn shoes.

I worked every chance I got through high school and then worked two or three jobs during college and graduate school. I spent 80% of my money on necessities: food, clothes and tuition. But I always spent a bit on little niceties. Even back then, I had the notion that I didn’t need to deprive myself now for some better life later.

I don’t believe in scrimping severely to optimize savings. I believe you can live a rich life while you grow rich, so long as you are willing to work hard and you are smart about your spending.

Think of the typical earning, spending and saving pattern of most wealth seekers…

During their 20s, they spend every nickel of their modest income to make ends meet. At that age, it is nearly impossible to put aside money for the future.

During their 30s, their income increases. But this is also when they start a family. Expenses soar. There are more mouths to feed, a “family” car to buy and the dreaded down payment on a first house. They manage to save a little during these years, but not nearly as much as they thought they would.

If they work hard and make good career decisions, their income climbs much higher in their 40s and early 50s. They have more money to put aside for the future, but they are also tempted into buying newer cars, nicer clothes, more exotic vacations and – the biggest wealth stealer of them all – that dream house.

In their later 50s and early 60s, their income plateaus or even dips… and they may have to start shelling out for college tuition. Aware that their retirement funds are being depleted rather than enhanced, they invest aggressively to try to make up the difference.

Finally, sometime in their mid-to-late 60s, they realize they don’t have enough money to retire. They have spent almost 40 years working hard and chasing wealth, but they never managed to attain it.

It’s sad, but it’s the reality for most people. And it is just as true for high-income earners (doctors, lawyers, etc.) as it is for working-class folks.

There are two lessons to be drawn from this…

First, it is very difficult to acquire wealth if you increase your spending every time your income goes up.

The truth is, there is only a marginal relationship between how much you spend on housing, transportation, vacations and toys, and the enjoyment you can derive from them.

My spending strategy is simple: Discover your own, less expensive way to live a rich life. By a “rich life,” I mean a life free from financial stress but filled with things that give you pleasure.

The fact is you can own and enjoy the world’s finest things – the things that make life luxurious – for a tiny fraction of what a billionaire might pay. For example…

Make smart spending decisions. Stop thinking that because you’re earning more money, you should be spending more. Your future wealth depends on how much you save and invest, not on how much you spend. And if you want more ways to live a rich life for less money, you’ll find them in my book Living Rich. 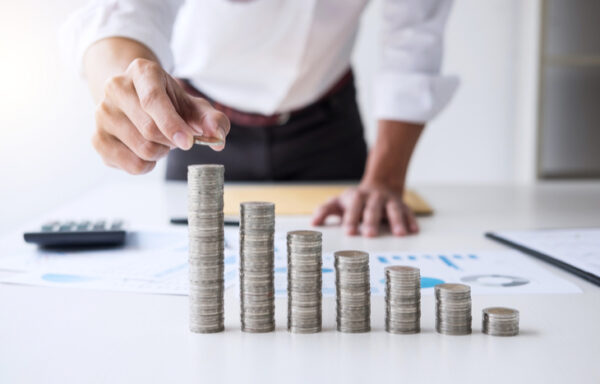