We’re going to hit you with an odd question this morning.

Is now the best time ever to be an investor?

You know our answer.

We know your first reaction. We’ve had it too.

Our nation is a mess. There’s a pandemic… Unemployment is soaring… There are riots in our streets… There’s hate… fear… you name it.

Those things matter. But, as usual, there’s more to the story… much more.

This may be where you think we’ll praise the American spirit and the resolve of her people.

That matters too. The American patriot is a powerful force.

You see, everything we’ve mentioned is merely an ingredient in a much larger recipe.

Fear on its own won’t get anything done. It takes action.

Resolve is great… but it must be put into motion.

And a pandemic can do grave harm, but as we all know, it’s the cure that often does the real heavy lifting.

It’s the rare and unprecedented culmination of all these ingredients – some hugely positive; some hugely negative – that has us convinced now is the best time in our lives to dive into the market and walk away with a fistful of cash.

In many ways, it’s our only choice.

Survival depends on it.

Again, it’s not a single catalyst… It’s the culmination of them all and the nation’s reaction to them that matters most.

We’ve written oh so much about the Federal Reserve and its free-money bonanza. Later today, Jay Powell will click into an online meeting and explain to his fellow monetary wonks why zero interest rates are here to stay.

He’ll tell the world that we’re not yet doing enough… and that the printing presses still aren’t moving fast enough.

The stock market loves that sort of news.

But it’s not just here in the States. This free market jiggering is happening all around the globe.

Japan – of all places – is starting to fear a rise in inflation from its coronavirus fallout.

England is already seeing inflation… and, even so, it remains eager to stuff yet another wad of cash into the pockets of weary voters.

And China is expected to come out of this mess with an economy blazing ahead faster than any other major nation’s – at 5% annual growth.

But here’s the rub… This is vital.

The same Financial Times article that touts China’s immense growth also warns of a growing divide between the folks who have and the folks who want.

The piece describes a business owner who slashes her employee’s salaries (including her own) because of the pandemic. Meanwhile, she continues to spend and live a life of luxury.

She can because her money is working for her. She has savings and, this is key, income-providing assets.

But meanwhile, her employees – pay attention here – are working for their money.

That’s a huge difference. And few times in modern America has the idea been more prominent than it is today.

Folks with money in the markets know what we mean.

Stocks haven’t just recovered from the COVID-19 crash… They’ve roared back and are putting in all-time highs.

And those are just the big names.

In May, we told our YouTube viewers about a small electric car company… Nio (NIO).

Indeed, it’s a good time to be an investor.

Did You Miss Out?

Now, we know what you’re saying. We’ve heard it many times before.

“It’s too late. The big money is already made.”

Don’t be the latter.

This is a rare chance to get ahead.

Take advantage of it. 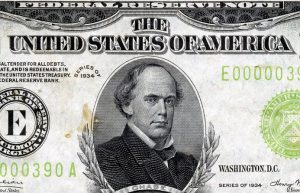