After an explosive run to end 2020, ChargePoint Holdings (NYSE: CHPT) has given back over 50% of its value gained last year. ChargePoint Holdings stock reached all-time highs of nearly $50 per share in December 2020. However the company had a slower year in 2021. Can CHPT stock turn it around in the final quarter of the year?

ChargePoint Holdings stock advanced when President Biden announced his plans to speed up the clean energy sector. Specifically, the President’s plan focuses on a $15 billion investment to stimulate the creation of an EV charging network. According to the plan, companies will place the EV chargers in public areas such as apartments and parking lots. They will also be placed throughout the community.

With the clear transition to electric energy underway, will CHPT stock make the most of the opportunity? Keep reading to find out. 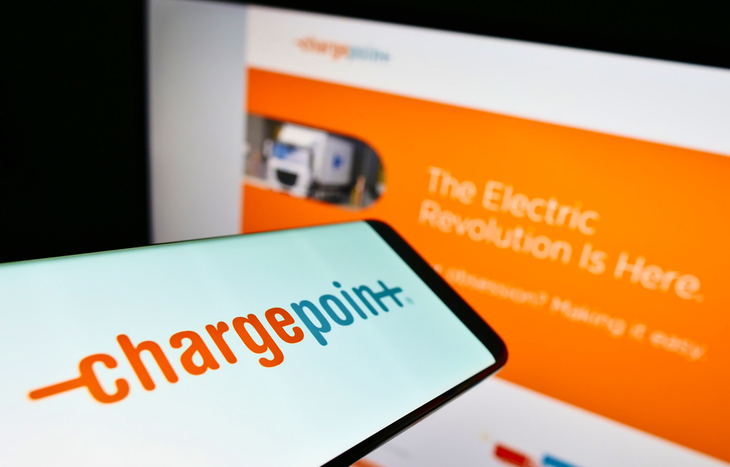 Although many analysts see ChargePoint’s second quarter as a “miss,” it was still a constructive period for the growing company. The EV charging provider grew in several important business aspects. They also raised their expectations for the rest of the year.

Overall, it was a solid quarter for ChargePoint Holdings stock and its shareholders. Due to supply chain issues, the company was unable to keep up with an increase in demand. Rex Jackson, CFO, noted higher logistics costs and part shortages as reasons.

Despite the minor issues, ChargePoint Holdings raised revenue expectations for 2021. The company is increasing its revenue target from $195 – $205 million to $225 – $235 million.

Following ChargePoint’s earnings release on September 1st, CHPT stock opened higher. But the stock slipped throughout the week to just under $21 per share. Since ChargePoint is growing in many aspects, how come CHPT share price is down over 40% this year?

Although ChargePoint Holdings stock is down on the year. It’s still up over 100% since the company went public via SPAC. The company has seen a value increase relative to the country’s new climate initiatives. Yet ChargePoint wasn’t the only EV name that saw a significant rise in value.

Other electric vehicle companies such as Tesla (NASDAQ: TSLA) and Blink Charging (NASDAQ: BLNK) increased in value. The drop in value is likely due to investors taking profits on overvalued assets. It can also be due to general market weakness.

Another possible reason ChargePoint Holdings stock has recently lost value is because of the details of the infrastructure deal. The most recent proposal includes $7.5 billion in funds for the EV charging stations, half of what was initially offered.

Even though it’s still a significant number, investors had higher hopes on the deal. You could also view the loss of value as a “sell the news” event as the bill is being passed to the senate.

CHPT Stock Forecast – What Investors Can Expect Next

There’s a lot of exciting developments for CHPT stock investors to look forward to. First, the gradual transition to EVs should help ChargePoint’s value. The President’s new target of 50% electric vehicle sale share by 2030 can help to speed up the growth. In addition, several other counties have released their commitment to carbon neutrality.

As more EV manufacturers make the push for electric vehicles, it will create a bigger market for charging stations. Suppose ChargePoint Holdings can continue expanding its network as the demand for EVs increases. In that case, the company should capture a fair share of the EV charging network.

ChargePoint’s stock price is currently down on the year. This can present a buying opportunity for investors looking to get ahead of the EV movement. Right now, the average price target for CHPT stock is $34.45. CHPTs stock price today is $21.48, offering over 45% upside.

But ChargePoint’s success lies in its ability to withstand the competition and continue growing in the EV industry. If ChargePoint Holdings fails to deliver on its targets, investors could see more of a pullback.

Keep in mind also CHPT stock was formed through a SPAC, which generally comes with a risk of its own. Nonetheless, ChargePoint has a big opportunity ahead of it in a growing industry.

Sign up for Profit Trends for the latest ChargePoint Holdings stock news and other EV industry updates! The free e-letter is loaded with valuable insights and analysis into some of the fastest-growing industries. Sign up today!