China is the world’s second-largest economy and is poised to continue growing. With such a large economy, there are bound to be worthwhile Chinese tech stocks. And yet, it’s important to understand the dynamics of both Chinese politics as well as its economy before investing. In addition, more recent events, such as the trade war and COVID-19, have created further complications.

Nevertheless, there are several buying opportunities that could be great opportunities for those willing to invest in the Chinese stock market. In particular, here are the companies that present the biggest opportunities:

We’re going to break down why each of these stocks is a great buy. First, let’s give further context to the Chinese stock market. Most importantly, Chinese tech stocks have taken a beating recently, and you might be wondering what exactly is going on. 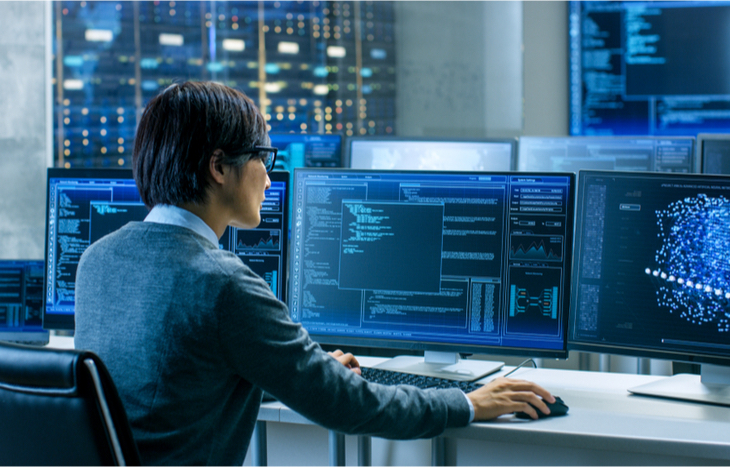 Why Are Chinese Tech Stocks Down?

The simple answer to this complicated situation is government intervention. China’s government is intensely scrutinizing the country’s tech companies. As a result, many tech stocks in the country have seen a big slide as of late. Tech stocks in China have lost a total value of $831 billion since February.

So, what exactly is going on in China? Government action has spooked investors over the past several months. For instance, authorities told Alibaba it can’t go forward with its Ant Financial IPO. That is despite the fact that it was set to be the world’s largest IPO.

And this was not an isolated incident. Chinese authorities also ordered the removal of Didi, a ride-sharing app in China. The reason cited was the illegal collection and use of personal data. While existing users can still use the app, new downloads of it have been restricted.

It doesn’t end there, either. Similar actions were levied against Full Truck Alliance and Khanzun Limited due to data concerns. Whether or not the concerns about data are legitimate, increased government scrutiny has undoubtedly had a cooling effect on Chinese tech stocks.

Despite Chinese tech stocks being down recently, there are several with strong financials that investors can expect to survive the current tumultuous environment.

Alibaba is sometimes called the “Amazon of China” because the two have similar business models and have grown in similar ways. Founded in 1999, Alibaba is only five years younger than Amazon. It’s also the largest company in China by market capitalization and controls more than 50% of China’s e-commerce sector. And like Amazon, it has many subsidiaries, including cloud computing and retail companies. Overall, Alibaba’s share price has steadily increased, and it should continue to do so. Despite recent crackdowns in tech, Alibaba has a large portfolio of businesses in many different sectors.

If we are to continue the American company comparisons, Baidu is the closest thing to Google in China. It has about a 75% market share in China’s search engine industry, which is comparable to Google in the U.S. Baidu does more than just search, though: it also specializes in artificial intelligence and has its own maps platform, Baidu Maps. Likewise, Baidu is yet another player in the world of cloud computing. Given its strong business model and footing in the search engine industry, look for this stock to rebound going forward.

JD.com is actually a competitor of Alibaba in the e-commerce sector. Based in Beijing, the online retailer has heavily invested in its business to introduce the latest tech. That includes delivery via drones, autonomous vehicles and robots. In fact, JD.com has the largest drone delivery infrastructure in the world. It also aims to deliver products very quickly, similar to Amazon in the U.S. Its share price has increased steeply over the past two years, and it should continue to see healthy growth.

Should Investors Feel Confident in the Chinese Tech Sector?

Although recent government action has felt like a gut punch for investors, they shouldn’t worry too much in the long run. These companies have strong fundamentals, and recent selloffs could present buying opportunities for patient investors.

That is exactly what Alexander Davey of HSBC Global Asset Management said of Chinese tech stocks. In addition to fundamentals, he stresses the importance of the company’s valuation. When we look at the valuation for some Chinese tech stocks, we might be able to see that they have been oversold. While he rightly points out that predicting where the “bottom” is can often be difficult, if not impossible, he recommends that investors “hold through the noise.”

Again, China is the world’s second-largest economy and, by some projections, will eventually overtake the U.S. With such rapid growth of China’s economy and the importance of tech in general, Chinese tech stocks will likely grow along with it. For now, investors must cut through the noise and focus on the fundamentals. If they do, they are likely to find excellent buying opportunities going forward.

To find even more in-depth investment research, sign up for Wealthy Retirement. It’s a free e-letter that’s packed with investing tips and tricks. You’ll hear directly from an income expert, Marc Lichtenfeld. He’s a bestselling author who wrote the book Get Rich With Dividends.