Coca-Cola stock forecast? Is it a good or bad buy? Let’s dive a little deeper into the stock, predictions and the company itself.

Ah, delicious Coca-Cola. Tastier than Pepsi. A true classic. Warren Buffet has promoted Coke in the past like crazy, saying he drinks at least five Cokes per day. I’m not that diehard (literally- anyone who drinks that many Cokes per day might have some health issues).

I actually don’t prefer one over the other and can’t tell the difference. But if you’re a Pepsi fan, hopefully I got a bit of a rise out of ya😉

Coca-Cola stock has been in the news a bit recently both for good and bad news. Below, I’m going to look for myself (and for you, too). I’ll lay out the facts, give you some of my opinions and let you decide for yourself. 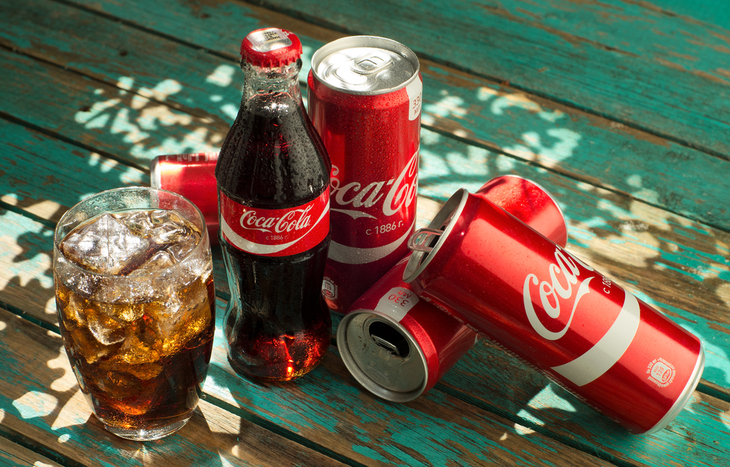 Coca-Cola is currently on a short-term, down trending correction. It is retreating from that bull run we saw of close to 50% from March, 2020, to August, 2021.

Coke has had recent losses in share price, when compared to competitors. But that’s usually not a reason for alarm. Especially when they’re short-term price swings and it’s a company as large as Coca-Cola.

In 2020, it dropped by 36% in one month. Then, it came back beginning in March, as I mentioned. This past history is important when looking at a Coca-Cola stock forecast.

KO also has a dividend yield of just over 3% and a market cap around $230 billion. It has a P/E ratio of 28 and that isn’t incredibly high, but it still isn’t exactly undervalued right now.

Given all these numbers and the company’s prospects, Zacks ranks Coca-Cola as a hold. It’s saying it would be wisest to hold Coke stock right now. It’s on a downward correction but I would look out for Coke to start coming up again.

Zacks also ranks it a C for Value, B for Growth and B for Momentum. For VGM (Value, Growth and Momentum), KO gets a B. These “letter grades” work in the same way schools give grades for homework.

Another important piece to a Coca-Cola stock forecast is leadership and it’s very impressive. Marc Bolland is a director of Coke. He has worked in leadership positions for many companies before Coke. They include The Blackstone Group, a prestigious investing company. And Heineken, an alcoholic drinks company.

Leadership for KO looks good, and each person has many successes behind them. Those successes help propel the company forward and upward.

Coca-Cola has recently had a lot of attention from hedge funds. It was in 62 hedge funds’ portfolios at the end of Q2 of 2021. That’s the record amount of hedge fund portfolios for KO.

It’s at an all-time high. Yahoo Finance shows this is important because a select group of hedge fund holdings “outperformed the S&P 500 ETFs by 79 percentage points since March 2017.” That’s why investors should pay attention to hedge fund numbers.

The short-term bear is also in the news. Another article talks about how Coke’s competitors are outperforming KO.

Coca-Cola has expanded its Henrico County, Virginia plant by $23 million. It bought better plastic molding technology. This tech will reduce environmental impact and freight for the company.

In a recent post from Beverage Daily, Coke talks about its current marketing system. The marketing concepts include: attracting new customers, measuring results, cutting mediocre campaigns, matching dreams with capabilities and having discipline. This info is likely to attract a few more investors and is important to determine a Coca-Cola stock forecast…

Zacks recommends a hold on Coke stock. And I think that’s wise for now.

But prepare yourself, because Coke could come back up again anytime.

It’s on a correction right now, and it’s relatively cheap. That’s a good thing for investors buying in. You could buy now, lose a little in the short term. But it’s likely you’ll gain in the long term. Or you could also wait for the stock to start coming back up. And there will be more of a guarantee that you’ll make returns short-term.

TipRanks took information from 14 Wall Street analysts. Eight of them said to buy, and six advised to hold. Zero advised selling. They each predicted a 12-month forecast for Coke, too. The high was at $65, the low was at $59, and the average prediction was $62.07.

I find it kind of hilarious to see that Coke price spiked so high in February of 2020. It probably has something to do with all the binge-buying people did before everything really went down with COVID.

Anyways, Coke’s value is inflated right now. But it would probably be a good buy for long-term investors. It’s such an old company with a long history of producing returns for its shareholders.

It hasn’t worn out its welcome with regular customers. People still love the classic-looking, original sugary sweetness that Coke has to offer.

If you want to get nitty-gritty about it, you could wait and try to “time it right.” But I don’t believe that’s a good investment strategy. It’s hard to watch stocks and get in at the “right time.” A company that has done well in the past could do well in the future.

With my Coca-Cola stock forecast and predictions, the future looks bright. Although, it’s just one of many opportunities out there…

If you’re looking for even better investing opportunities, sign up for Wealthy Retirement below. It’s a free e-letter that’s packed with tips and tricks. You’ll hear directly from investing experts.