For investors who want to see explosive short-term gains, risk is just part of the game.

Everyone’s tolerance is different. And you do need a well-balanced, well-allocated base portfolio. But a bit of risk is essential to realizing 10-bagger returns.

The question is: How do you know the difference between a risky investment and one that’s downright foolish? For starters, you take a look at what everyone else is doing. Then you do the opposite.

Warren Buffett didn’t make his money with a herd mentality. He went searching for the opportunities that Wall Street was missing. He found value where others saw none. Berkshire Hathaway (NYSE: BRK) started out as a beaten-down textile manufacturer. In Buffett’s hands, it became a $367 billion megacorp.

A contrarian spirit is crucial if you’re going to find success as an investor. So today, we’re looking at four contrarians who’ve done just that. You may not have heard of them, because they come from all around the globe.

These individuals had the audacity to invest in spite of major obstacles in their home countries. They bet on businesses in extremely difficult circumstances…

And they won big.

Africa’s richest woman sets a great example of investing in neglected markets. The Angolan billionaire is an investment pioneer. She built a base portfolio of Portuguese telecom and mining stocks.

But that wasn’t her biggest contrarian moment…

That came when she funded Angola’s first mobile carrier, Unitel. The company brought texting to the African nation. It also launched Africa’s first LTE network in 2014.

Prior to then, large parts of the country’s population lacked any phone service. No wireless carriers served Angola before Unitel. The state-run landline operator, Angola Telecom, barely functioned. It struggled with inadequate infrastructure and poor management.

Today, the Unitel network covers every municipality in Angola.

Dos Santos has continued to invest in emerging markets. She owns telecom companies in São Tomé and Príncipe. She also partnered with Portuguese retailers to bring a supermarket chain to Angola.

Former politician Stef Wertheimer bet on something others dismissed as impossible.

He has profited from Arab-Israeli cooperation.

Wertheimer founded four business parks in Israel. They foster startup growth and make about $1 billion in yearly revenue. But his most ambitious project was the Nazareth Industrial Park. It’s an interfaith accelerator in a mostly Arab city.

The campus is built to house about two dozen firms. It provides hundreds of jobs to Jews, Christians and Muslims who work side by side.

At the park’s opening in 2013, Wertheimer explained his bold investment in peace. “When people work together, they have no time for nonsense. They engage in producing.”

Since its launch, the park has provided a home for several startups that have grown into multinational companies. One of the most profitable alumni is neurology firm Alpha Omega.

Tomi Davies is the president of the African Business Angel Network. He is a major supporter of Nigerian startups. As an investor, he has backed dozens of local ventures – largely in the health and education spaces.

Davies has provided funding to numerous businesses in the developing nation. His most notable projects include Sproxil and SimplePay.

Sproxil provides a mobile app system to fight drug counterfeiting. In 2012, the company announced that more than one million people had used its service to check their medications. It has since expanded from Nigeria into Kenya and India.

Davies recently explained his strategy to Disrupt Africa. “I am particularly interested in startups that provide solutions to local challenges.” The recent war in northern Nigeria has not deterred his efforts. He continues to foster development in his country.

This Brazilian businesswoman is one of the most prominent South American biotech investors. Her VC firm Panarea Partners has funded efforts to fight cancer and birth defects. Its scope extends far beyond Brazil.

Many of Panarea’s investments use cutting edge biotech, like stem cells. Through these ventures, Cezar is defying taboos in her devoutly Catholic homeland.

She has also broken gender barriers in her career. Female biotech researchers are quite rare. So are female investment bankers. Cezar has worn both hats at once.

Cezar has also overseen the development of a $120 million life sciences fund in Brazil. Contributors include Pfizer and Thermo Fisher Scientific.

Our goal is not to convince you to spread your money across underdeveloped nations and war zones. (Though there is an argument to be made for investing in emerging markets. Especially fast-developers in Asia.) We simply want to show how a contrarian mindset can give you incredible returns.

All four of these contrarian investors started with a reliable base portfolio. They then used those returns to tackle challenges that would scare off most investors…

And made millions in the process. 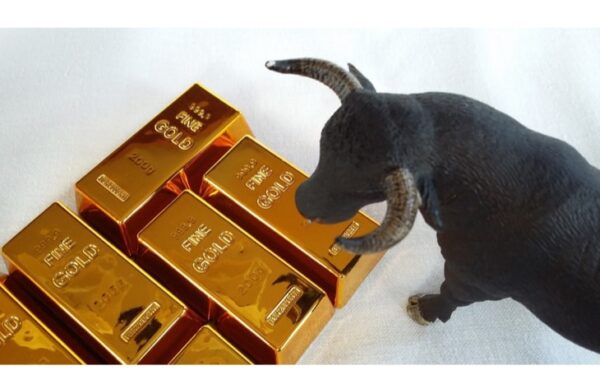