Despite all the ciphering, speculation and soon-to-be-crushed curves… this crisis will never end.

Like a scar across the cheek from a blow we never saw coming, the effects of the coronavirus will last forever.

Oh sure, stocks will recover, the economy will come back and, yes, we’ll even gain immunity to the nasty little bug.

But, as always, there’s more to the story…

A Talk With a Senator

We joined in on a conversation with a state senator Monday night. He’s one of the good ones – a former Army officer and a staunch defender of freedom. (We fear he won’t last long in politics.)

The chat was somber, with hints of optimism.

The topic was one that’s on the minds of so many Americans these days – the limits and powers of the government.

The message that this senator repeated over and over was quite simple: “Let the people decide.”

Right now, for instance, in many states throughout the Union, businesses have been forced to close. Jobs have been lost. Retirement plans are crushed.

Divorces will spike. Suffering will rise. And Trump isn’t wrong – suicides will come.

A 66-year-old woman shot herself in the head just down the road last night.

Perhaps the thing that’s gone most unnoticed, though, is the new presumption of guilt in the nation.

We’re now guilty before proven innocent. We’re now deemed to be riddled with the virus… before the government tests us and tells us we’re not.

This is a nasty mindset that strikes at the core of American values.
[mw-adbox]

Here in Pennsylvania, all nonessential businesses were told to shut down. The state police are handing out fines.

But, as anybody would guess, the governor’s definition of nonessential is different from yours… and ours… and the man’s who is running the shop in town.

The state wisely set up a waiver system for the new rules. But businesses are deemed guilty before they prove themselves innocent.

Even if a guy is sure his business is essential, he’s got to close it until the government reviews his application and deems him safe to stay in business.

Last we heard, there were 13,000 applicants waiting to hear the fate of their business.

And the bureaucrats are in no hurry.

Again, it’s a hell of thing.

“Do they think we’re that dumb?” our friend in the Senate asked. “They can’t trust the people to make the right decision?”

Meanwhile the police patrol the streets with drones. The National Guard has moved into New York City. And kids throughout the country will miss months of school.

Perhaps scariest of all is the fact that the media is quickly weaponizing the idea that the cure for this virus may be worse than the disease.

It demonizes us for even pondering the question… for even wondering whether life is life without Liberty.

It’s a tough discussion that must be had with clear heads… not with the November election fogging the view.

This is where our old, reliable pal Know-How enters the story.

And it’s where things get scary…

Few folks know exactly how much power the government gave itself after our last big national emergency.

Oh sure, we see an army of bored TSA agents each time we fly (there are 44,000 of them now). We see an occasional officer from the Department of Homeland Security when we drive through the city. And our new driver’s license has a shiny sticker on it telling whoever bothers to look at it that our background has been checked and we’re clean.

But few folks know 9/11 gave your state governor immense control over your health.

Worried about a biological attack, governments across the land penned a bevy of ideas that most Americans are only finding out about some 19 years after the fact.

Your governor, as you now know, has the power to quarantine you… or the whole state. So does the president.

With an emergency declaration, he can ration vaccines and other medicines.

And if things get really bad, in states like Arizona, the governor can jab you with a needle of the serum of his choice. In the Grand Canyon state, the governor can force the vaccination of folks diagnosed with a deadly disease or, get this, simply those “who are reasonably believed to have been exposed or who may reasonably be expected to be exposed.”

This isn’t some internet myth or hype. It’s fact. You can read the bill here.

We sure hope any vaccines that hit the market aren’t rushed… because they’d be sticking us all this week if they could.

And don’t try hiding your cough or blaming allergies.

The same laws that let the governor vaccinate you also let his boys dig into your medical records to see if you’ve asked a doc about your symptoms… and they let the government track your calls and movements just to verify you’re not hanging out with large groups or other infected folks.

But before you go thinking we’re preaching some sort of anti-vax message, we beg you to remember that none of this comes along with the great protections that make America… America.

This can all – and has been – ordered by just one man.

There’s no judge or jury.

There’s no Fifth Amendment that keeps your business open until your case is heard.

There’s no Fourth Amendment that keeps the man from looking in your shop windows.

There’s not even a First Amendment right to protest when the government tells us we can’t gather in groups of three or more.

This a dangerous disease.

It’s a hell of a time in America.

But we must not make it worse.

We must open our minds and see all that is going on.

But more folks must understand the decisions and precedents we set today will affect this country for good.

If we fail now, this crisis will never go away.

This is about to become a huge discussion across the nation. Please join it with an open and informed mind.

Note: Are our core values in danger? Send us your thoughts here. 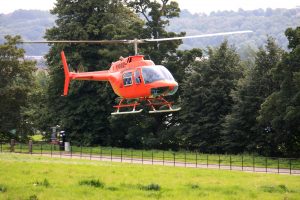 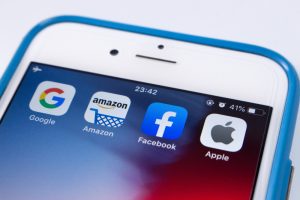 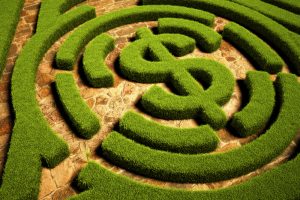 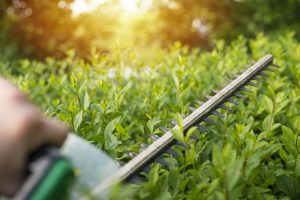 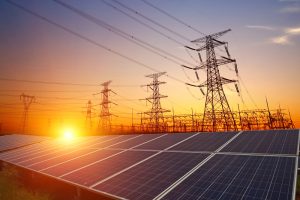