A Corsair IPO is right around the corner. The company filed to go public in August after delaying its IPO in 2012. Since it’s one of the biggest names in the gaming industry, investors are looking forward to Corsair stock.

But is Corsair a good investment? Here’s what we know… 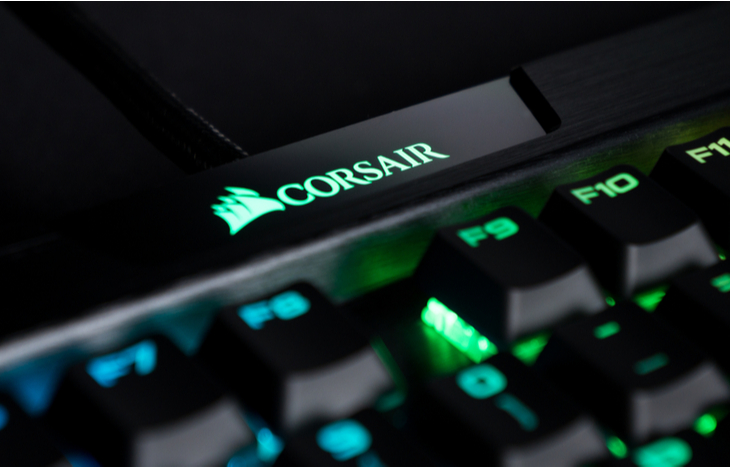 CEO Andy Paul co-founded Corsair Components in 1994. Now known as Corsair Gaming, the company is a leading global provider of gear for the gaming industry. Corsair provides mice, keyboards, headsets and controllers for gamers. The company also has Elgato, a streaming suite for content creators. Corsair aims to provide high-performing equipment so content creators can maximize video and broadcasting quality.

In its prospectus, Corsair boasts it’s shipped more than 190 million gaming and streaming products as of June 30, 2020. And 85 million of those products were in the last year. The company sells in 75 countries, online and in-store, and has received more than 4,000 awards from 45 different countries.

Corsair has been around for more than two decades. Now the company plans to sell Corsair stock. But did you know this isn’t the first time a Corsair IPO was planned?

Also, if you aren’t familiar with how IPOs work – or just want a refresher – check out my step-by-step guide on the IPO process.

In 2010, Corsair filed to go public. However, the company was known by its founding name. Corsair Components was approved to list on the Nasdaq under the symbol “CRSR.” And shares were priced at $13 in 2012. But the company delayed the IPO shortly after.

Then, in 2017, EagleTree Capital became the majority shareholder for $525 million. Two years later, sources claimed EagleTree was looking to sell Corsair or go through the IPO process. They wanted Corsair to have a value of $1 billion. And according to analysts, the Corsair IPO will give an enterprise value of nearly $2 billion.

While the year 2020 hasn’t been kind to most, it has been a good year for Corsair Gaming. The company told The Verge that although it usually sees higher shipments during the holidays, the coronavirus led to double-digit growth in revenue. Corsair believes it’s due to mandatory quarantines due to COVID-19. And it turned the company’s net loss into a net profit.

In the Corsair S-1 filing, the company addresses the gaming industry, Corsair’s main market. It claims an estimated 2.8 billion gamers worldwide spent more than $148.8 billion on games in 2019. It also says today’s level of gaming requires high-performance gear, which is exactly what Corsair provides.

As gaming, eSports and streaming continue to expand in the mainstream, casual gamers increasingly aspire to emulate committed gamers, such as eSports athletes, and amateur streamers increasingly seek to improve their production value quality. We expect this will bring new customers in the gaming and streaming gear market and push existing customers to improve their performance and content quality, in part through related gear spending.

However, while the coronavirus has led to a net profit for the company, Corsair lists its risk factors. And there’s one that should be noted: cloud computing. Cloud computing allows companies to store data online so employees can access it over the internet. Interest in cloud services increased when quarantine orders forced people to work from home. And according to Corsair, it’s a big risk factor.

“If cloud computing is widely accepted, the demand for high-performance computer gaming hardware products, such as the PC high-performance memory, prebuilt and custom gaming PCs and laptops, and other PC gaming components we sell, could diminish significantly. As a result, if cloud computing gaming were to become widely adopted, such adoption could seriously harm our business.”

Corsair stock will trade on the Nasdaq under the symbol CRSR. The expected Corsair IPO date is September 23, 2020.

The IPO market has been on the rise, and several recent IPOs were successful. So the Corsair IPO could be coming at the right time.