Why Is Warren Buffett Holding So Much Cash?

Warren Buffett’s Berkshire Hathaway (NYSE: BRK.B) has a few dollars burning a hole in its pocket.

And it’s sending a strong message to Mr. Market. In Buffett’s view, the valuations of large cap and megacap companies are too high.

But that doesn’t mean the rest of the market is. There are still a few value plays available to regular investors. You just have to think smaller.

As this week’s chart shows, according to Bloomberg, Berkshire Hathaway’s cash position has more than doubled since 2008. It now sits at $96.5 billion. Cash on the balance sheet has been steadily rising for the last five quarters.

A Victim of Its Own Success

Buffett likes to keep $20 billion in cash on hand. That way, Berkshire Hathaway always has plenty of firepower available when it runs across an attractive acquisition candidate.

It’s having trouble finding companies to buy. That’s why the company has 4.8 times its preferred stockpile sitting on the books.

Berkshire Hathaway is a victim of its own success.

Its market cap has grown to around $400 billion. And as the company has gotten bigger, so, too, have the sizes of the companies it must acquire to move the needle. Today, Berkshire Hathaway’s target acquisition size is $5 billion to $20 billion.

It’s been 15 months since the company made a significant acquisition.

This led some Buffett watchers to speculate that the legendary value investor is done making megamergers.

And at Berkshire Hathaway’s annual meeting, Buffett fanned the flames when he hinted that the company’s stock might pay a dividend soon.

If Buffett can’t grow his shareholders’ money by investing it, then eventually, he’ll have to return it to them.

The company makes dozens of smaller acquisitions each year. Most of the time, though, the public never hears about them.

In other words, these midcap acquisitions aren’t large enough to require Buffett to disclose the details to shareholders. So most investors don’t hear a lot about them.

But Berkshire Hathaway’s operating CEOs buy dozens of them every year.

This shows that Buffett is still finding deep value plays in this market. The businesses are just smaller.

So ignore the bearish sentiment surrounding Berkshire Hathaway’s growing cash hoard… and take a hint from the company instead.

Rather than trying to squeeze value out of expensive megacap stocks, look downstream to midcap shares. You’ll find many of them are priced right. 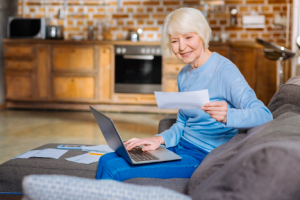 Retirement A Coronavirus Conundrum You Can Bank On

Retirement Treat Yourself to a Healthy Retirement