What the Defense Production Act Means for Solar Stocks

For one thing, skyrocketing energy costs make the transition to clean energy even more of a priority. Natural gas is up 132%, gasoline is up 93%, and heating oil is up 91% in 2022. With this in mind, Biden is using the Defense Production Act (DPA) to provide support to solar companies.

2021 was a record year for clean energy, as wind and other renewable energy projects took off. In fact, globally, 295 GW of renewable energy is now available, thanks to last year’s progress.

Yet projects are slowing this quarter with interest rates rising and supply issues. Meanwhile, the U.S. expects solar energy to make up over half of the new energy created this year and next. Keep reading to learn more about the Defense Production Act and what it means for solar stocks. 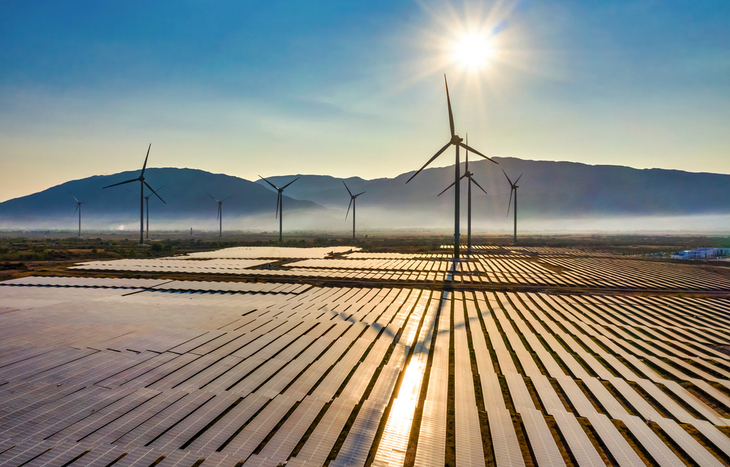 What Is the Defense Production Act?

The Defense Production Act allows the U.S. President to control certain aspects of the economy. For example, the DPA gives authority to:

In short, the DPA expands the President’s powers at critical times. These are just a few ways the President can use the DPA to better the economy or protect national interests.

Yet this is not the first time a President has used the Defense Production Act. In fact, President Biden just used the DPA to ensure the supply of critical baby formula.

The Defense Production Act is, for the most part, used for military technology. For instance, it can be used to advance military equipment or to boost national security.

Why the U.S. Has the DPA

What we know as the Defense Production Act originated after World War II under President Harry Truman. The Act came as labor strikes picked up and consumer goods prices skyrocketed.

But the idea started even before WWII. In fact, Yale Research traces increased presidential authority during wartime to WWI. In 1917, an official declaration of war mentioned the President could use “the resources of the government to carry on war against the Imperial German Government.”

Then, in 1941, before the DPA, the First War Powers Act (WPA) was signed. The WPA allowed President Franklin D. Roosevelt to control business functions during war.

As a result, U.S. industrial production doubled in size in four years. Nonetheless, President Truman signed the Defense Production Act in 1950 as the U.S. suddenly needed war supplies for the Korean War.

From the start, clean energy investors welcomed President Biden and his climate goals. As a result, the Invesco Solar ETF (TAN) gained 496% from its pandemic low of $21.14 per share.

Yet solar stocks have been disappointing after peaking at almost $126 per share shortly after Biden became President. The Solar ETF is down nearly 40% from its ATHs. With this in mind, the solar industry is about to see a big boost as the President zeroes in on the clean energy transition.

The President is using the full power of the Defense Production Act to accelerate clean energy initiatives. In particular, the DPA will address U.S. clean energy manufacturing in five critical areas.

Furthermore, the President is suspending a tariff on solar imports from Southeast Asia. The policy changes will help lower costs while improving supply.

Companies can funnel more money into new projects to expand if supplies cost less. At least, that’s the idea. With this in mind, these actions will help lower costs for solar companies while passing savings to consumers.

“For too long the nation’s clean energy supply chain has been over-reliant on foreign sources,” says U.S. Energy Secretary of Energy Jennifer Granholm.

Other Times Presidents Used the DPA

The Defense Production Act can be a valuable tool to increase authority during times of need. For the most part, the DPA is helpful in crises such as war.

In fact, during the pandemic, both President Trump and Biden made use of the DPA. For instance, Trump worked with companies like Ford (NYSE: F) to produce masks and ventilators in vital need. Since the pandemic overwhelmed many hospitals, medical supplies were in short supply.

As a result, the DPA helped boost production to meet the growing demand. Then, when the meat plants were experiencing shutdowns, Trump ordered them to remain open, ensuring supply.

Biden then used it to boost vaccine availability by prioritizing medical supplies. Lastly, to slow the spread of the virus, the DPA helped speed up Covid testing.

U.S. Presidents have routinely used the DPA since it was put into law by Harry Truman. The Act’s primary use has changed over the years, but the idea is the same. When the nation faces a crisis, the government must do something, and the DPA is a way of acting.

Will the Defense Production Act Affect Your Stock Portfolio?

Other than your solar investments, don’t expect too many changes. Solar companies can access materials at a lower cost, driving margins up.

At the same time, the purpose of Biden using the Defense Production Act is to lower costs for the consumer. With energy prices nearing record highs, consumers are feeling the pinch.

Although inflation may be peaking, it’s still too high. And energy is leading the index higher, up 30% YOY. A recent study shows solar can account for up to 40% of the U.S. energy supply by 2035. To get there, it will take a massive acceleration in capacity.

Demand for solar energy is soaring. With lower costs and policy support, it’s a possibility. To boost your portfolio, here is a list of my top solar energy stocks to watch for growth this year.