There’s a trend happening with the movies. And Disney’s latest Investors Day announcements indicate that it will be a massive player in the direction of the entertainment industry. This has the potential to lead to massive stock gains down the road.

Unfortunately, due to COVID-19, movie theater stocks are deeply in trouble. Box office grosses have plummeted to, well, not zero but not much better.

Disney is showing its hand: Streaming will be the future of movies. Theaters may survive but likely in a somewhat limited role. Here’s what’s going on with Disney and its stock. 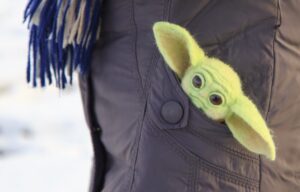 Disney held its Investors Day meeting call on December 10. On the call, it discussed its slate of upcoming content development plans. And it is an exciting and massively impressive list of items.

Perhaps the most exciting and fanboyish group of new content centers around a slate of new Star Wars-related content. In the wake of The Mandalorian‘s success, it is no surprise that Disney is going full steam ahead on the Star Wars front.

But there is plenty of other content ahead, including some tied to major franchises like Marvel, FX and National Geographic. But where Disney is really going full steam ahead is with its one-year-old streaming service Disney+. And this may be the bulk of the stock’s value going forward.

According to Chairman and former CEO Bob Iger, who is now responsible for the creative direction of developing Disney entertainment content, the streaming platform will continue to focus on quality over quantity.

While the company plans to release some content in theaters in the future, according to Iger, approximately 80% of its future content will be going directly to Disney+ streaming.

More than ever before, incredible, high-quality original content is the key to streaming movie success for entertainment companies. And from the sound of it, Disney and Disney+ have quite a bit of great stuff coming up.

For instance, the slate is to include…

With an upcoming slate of entertainment content like that, it may be hard for other entertainment competitors to keep up with Disney+. For example, AT&T‘s (NYSE: T) WarnerMedia, which seems to be having a problem keeping its talent happy this week…

As you can see, things seem to be moving along swimmingly for Disney+, especially on the streaming front. The light side of the force is strong with them.

And then you have the issue of WarnerMedia vs. Nolan: Dawn of Grievances.

In case you hadn’t heard, WarnerMedia recently announced that all box office films slated for release in 2021 will be simultaneously released on its fantastic streaming platform, HBO Max, for subscribers.

The Dark Knight and Inception director, iconic filmmaker and WarnerMedia golden boy Christopher Nolan had a thing or two to say about that.

The fallout from that may not be pretty for either (or both) Nolan and WarnerMedia. But in the meantime, both entities may need to face a stark new reality: Movie theaters may be nearly headed the way of the dodo bird.

Movies by the Numbers

While Disney+ and other streaming services continue to thrive, movie theaters have a problem. And we can see that pretty starkly in their revenues and stock prices.

So yeah, they aren’t likely to close that particular gap.

And while it is in theory possible that someday box office numbers will revert to pre-pandemic numbers and people will want to sit in massively crowded theaters elbow-to-elbow, eating stale popcorn and drinking a supersized soda while people cough all around them, I am far from convinced.

WarnerMedia is clearly preparing for big changes to last awhile – maybe permanently – in the entertainment industry. And, whether Christopher Nolan likes it or not, that’s just a reality directors and other artists will have to deal with.

The success of the Disney+ platform and optimism about its future can be directly seen in investor sentiment. Disney is currently trading around $160, up from a low of around $80 at the time of the crash in March. That’s a 100% gain.

There’s far more going on with AT&T that’s responsible for its share price than its box office numbers, though. And I think HBO Max, with incredible content like the investment banking drama Industry and the sensational miniseries The Undoing, has a bright future ahead.

Nevertheless, the difference in investor sentiment between the two studios is quite clear. And that doesn’t even include AMC Entertainment Holdings (NYSE: AMC), which has plummeted 43% this year, from around $7.50 to yesterday’s closing price of $4.09.

The general consensus is pretty clear: The future of the entertainment industry is streaming services, not the box office – at least in the near term. And Disney+ stands to be one of the great beneficiaries.

Disney+ looks to be the hit streaming platform of the near future. After all, that’s a whole lot of Star Wars they have coming. And Star Wars has meant big business since 1977.

If you like betting on the movies, you might want to consider a play for Disney stock. That said, always remember to use a position size calculator to keep your portfolio well diversified and poised for success without too much risk.

If you’re interested in learning more about which stocks will be great in the future, I highly recommend signing up for The Oxford Club’s Chief Investment Strategist Alexander Green’s free e-letter Liberty through Wealth in the subscription box. This investing guru shares his brilliant insights into the stocks you need to know to build wealth.